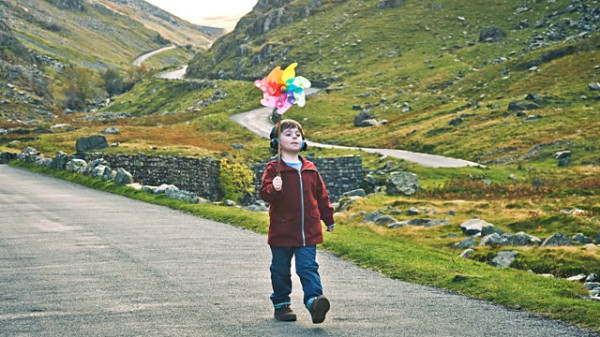 My EQView feature this week was a preview of The A Word, BBC One’s new family drama about a 5 year old boy (Joe) who is diagnosed with Autism, and the impact of his condition and his diagnosis on Joe and his family. A rare gem that is not to be missed!

THE A WORD - PREVIEW

Last week I was privileged enough to see a preview screening of Episode 1 of The A Word at the BFI Southbank. The A Word is BBC One’s new family drama about a 5 year old boy (Joe) who is diagnosed with Autism, and the impact of his condition and his diagnosis on Joe and his family.

I loved the first episode, I’m really looking forward to seeing the characters and the storylines develop, and so I wanted to promote the drama series to EQView readers so they don’t miss out on a real treat!

The A Word is a drama, about a regular family (Mum, Dad and two children), who have a little boy, Joe, who is different. The drama opens with the family gathering for Joe’s birthday party. The party is a typical children’s birthday party, complete with a children’s entertainer (a Mermaid!), a birthday cake, presents and party games. But as the party goes on, it is clear that there is something different about Joe, the birthday boy. He is in his own little world, listening to his favourite music on his headphones, not joining in with the party games, and finding it hard to mix with the other children. Both parents do their best, and try to paper over the cracks by making excuses, but people realize Joe is different. For his family, of course, Joe is simply a very special little boy.

The drama is not just about Joe, it is about his whole family unit, and so we meet and get to know all of his family – his parents, his sister, his uncle and aunt, and his grandad. 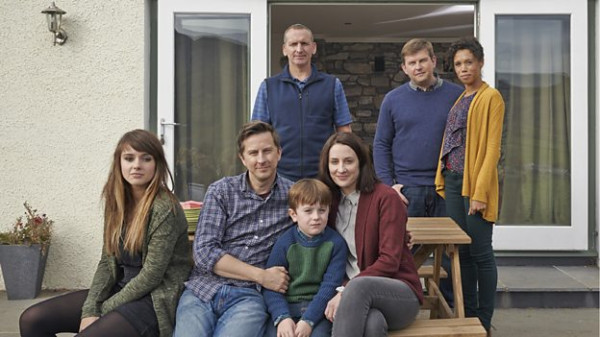 Lee Ingleby and Morven Christie, paying Joe’s Mum and Dad, were an absolute joy to watch. They were a loving couple, who loved their son very deeply, and simply wanted the best for him. Both parents had built a special relationship with their son and knew how to get the best from Joe.

I also enjoyed getting to know Joe’s uncle and aunt, who return to the family home to try and rebuild their marriage after an episode of infidelity (which everyone knows about and references!). It is Vinette Robinson, playing Joe’s aunt, a doctor, who starts a conversation about Joe’s difference within the family, and is the spark to getting Joe assessed properly. She does this in the midst of trying hard to rescue and rebuild her marriage, and forge a new life for herself in the countryside, having fled City life and its temptations.

A special mention has to go to Christopher Eccleston, playing Joe’s grandad, Maurice. Maurice is old-school, a man’s man, blunt and direct, someone who likes to call a spade a spade, someone who likes to see himself as the head of the household. I liked Maurice’s genuine commitment to ensuring his grandson got the right help. Maurice brought a lot of comedy and humour to the piece and I absolutely adored this character.

The scene where Joe is finally diagnosed with Autism, and given the label “Autistic”, was heartbreaking to watch. You could feel how tense his Mum and Dad were during the assessment and you could also sense them willing Joe on to succeed in the tests. They just wanted Joe to be “normal”. Both parents had known something was not quite right all along, but the certainty and the finality of the diagnosis, and its implications, were devastating. All their hopes and dreams for Joe are shattered. And the news has the potential to tear them, and their family, apart.

The drama is set in the countryside, in the Lake District, and the Lakes and its environs play a strong role in the drama. On the one hand, the setting could be a rural idyll, where strong family and community bonds come into their own. On the other hand, this is also a small town community, with small minds, where everyone knows everyone else’s business, and any form of difference is looked upon with suspicion. For a little boy like Joe, who is different, the Lakes could be a paradise, but they could also easily be a place of danger.

In summary, I saw the first episode of The A Word, and I was completely captivated by Joe, his family, and the setting. I was drawn into all of their stories, and I am really looking forward to seeing the characters and the storylines develop over the coming episodes. A rare gem that is not to be missed!

The A Word is a 6-part family drama series, screening on BBC One on Tuesdays.

The first episode screens tonight (Tuesday 22 March) at 9pm and will be available on the BBC iPlayer immediately afterwards.
Collapse