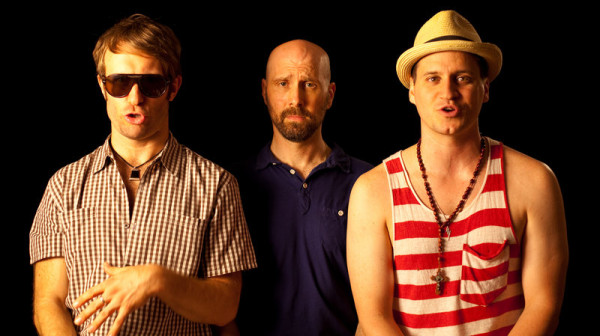 My EQView feature this week was a review of Do I Sound Gay?, a documentary film where David Thorpe examines what it means to “sound gay” and whether there is such a thing as a “gay voice”. The film documents his journey of self-examination, exploration and discovery. Highly recommended.

DO I SOUND GAY? - REVIEW

Do I Sound Gay? is a documentary about finding your true voice. David Thorpe, the Director, takes you on his personal odyssey, examining his own voice, and those of his friends, to see if they “sound gay” and if there is such a thing as a “gay voice”.

The journey of self-examination starts when David breaks up with his long-term partner. David is nervous and feels insecure. He focuses on the one aspect he most dislikes about himself – his voice. He worries he sounds too gay.

David visits a voice coach, who is used to working with actors. She analyses his voice and his voice patterns, and they begin to work together to change his voice. David wants to find a voice he will be more comfortable with.

David cannot remember what he sounded like as a child and a teenager growing up, so he talks to family members, and school and college friends. They agree David’s voice changed whilst he was at college, when he came out and started to develop and embrace a gay identity. That was when he developed his gay voice.

David has two close gay friends and, when they are all together, they have a particular way of speaking. This often happens in close friendship groups – people use particular words, speak in a particular way, and begin to sound the same. It is also a form of coding, so when you speak, you are signaling to people you are gay. One of David’s friends talks about how he tones down his voice at work, in order to blend in with his work colleagues. Their collective/shared way of speaking comes to the fore when David and his friends are together, or within the gay community.

As David interviewed his friends, it became apparent that how you sounded had a lot to do with the people you grew up around, as you took your vocal cues from them. David highlighted this by looking at two of his friends – one straight, one gay. His straight friend, who could be said to have a stereotypical gay voice, had grown up surrounded by female family members – his mum, his aunts, and his sisters. By contrast, David’s gay friend, who had one of the most masculine voices imaginable, had spent his formative years almost exclusively around his father and his four brothers. Your sexuality does not determine your voice.

David has voice classes, uses audiotapes, and does a lot of vocal exercises to see if he can change his voice. He wants to sound less gay, as he thinks he will then be happier with the way he sounds and more confident meeting new people. His voice changes at the margins, but it very stubbornly remains the same at its core.

Younger men featured in the film spoke candidly about how having a gay voice meant they were bullied at school and, in extreme cases, violently attacked. A gay voice can be a means of self-expression and a marker of gay identity, but if it results in being bullied, ostracized and attacked, then it can lead to self-loathing and internalized homophobia. Instead of being proud of the way you sound, you could grow to hate the gay voice, both in yourself and in others. This could explain why, within some sections of the gay community, being feminine is looked down upon, whilst hyper-masculinity is celebrated.

The film looks at gay men who were famous TV icons in the 1970s and 1980s. The Director is American and highlights US icons like Liberace. But the same was true in the UK, with John Inman and Larry Grayson becoming household names. Public attitudes towards them were similar on both sides of the Atlantic – everyone knew they were gay men, but it was never talked about. These popular entertainers were household names, but no young man would aspire to be them – quite the opposite.

The documentary traces a long line of Disney villains who could be identified as gay, based on the way they spoke. They included Captain Hook in Peter Pan, Shere Khan in The Jungle Book, Professor Ratigan in The Great Mouse Detective, Jafar in Aladdin, Scar in The Lion King, and King Candy in Wreck-It Ralph. Being a huge Disney fan, I found this section fascinating, and it made me look at these films and characters in a new light.

In summary, Do I Sound Gay? follows David Thorpe on a personal journey of self-examination, exploration and discovery, looking at his own gay voice, examining why he sounds gay and why he is dissatisfied. Your voice is a form of self-expression and identity and, if you are comfortable in your own skin and happy with who you are, you will like the way you sound. The message I took away from the film is the importance of being happy with who you are and how you sound. Highly recommended.

Do I Sound Gay? is playing in selected cinemas across the UK.