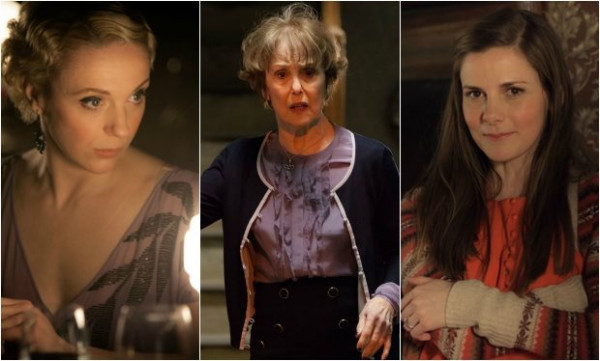 Last month, I attended the Radio Times Festival and this is my write-up of The Women of Sherlock Panel, featuring Una Stubbs (Mrs Hudson), Louise Brealey (Molly Hooper), and Amanda Abbington (Mary Morstan).

My EQView write-up of The Women of Sherlock Panel at the Radio Times Festival is here:
http://eqview.com/2015/10/26/women-of-sherlock/

The first ever Radio Times Festival ran from 24 to 27 September 2015 at The Green at Hampton Court Palace. The Festival was a celebration of TV, radio and books, featuring a range of panel discussions, talks, workshops, exhibits and shops.

As part of the Festival, there was a panel on "The Women of Sherlock", featuring Una Stubbs (Mrs Hudson), Louise Brealey (Molly Hooper), and Amanda Abbington (Mary Morstan). Sherlock creators and writers, Steven Moffat and Mark Gatiss, and producer, Sue Vertue, joined the panel.

The focus of the original Sherlock Holmes stories, penned by Arthur Conan Doyle, was the close male friendship between Holmes and Watson, and the cases they worked on together. Women in the Canon were a product of their time, and tended to play supporting roles, often appearing as clients, calling on Holmes to seek his help.

Re-imagining Holmes and Watson for the 21st Century means it is important for women to have meatier roles, not just appear as clients. Mrs Hudson, Molly and Mary are all key roles in Sherlock and they are all series regulars. 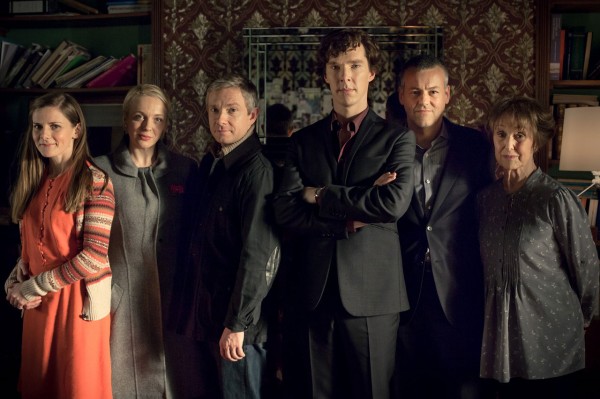 In the Canon stories, Mary Morstan is a strong presence in The Sign of the Four but, once she marries Dr Watson, she disappears from view. In Sherlock, Mary is a very interesting character in her own right, a trained assassin with a dark past, and she maintains a strong presence throughout Series 3.

The same is true of Mrs Hudson. In the Canon stories, she is Holmes and Watson's landlady and plays a very minor part - she shows in visitors, serves the tea, and makes the breakfast. In Sherlock, Mrs Hudson has a dangerous past of her own - she owes Sherlock a favour because he helped ensure her husband's execution! Mrs Hudson puts up with Sherlock, and thrives on the ensuing excitement and adventure, because she is used to leading an eventful life. She may appear ditzy and vulnerable, but in reality she is a tough cookie used to dealing with hardened criminals. Mrs Hudson is like a mother to Sherlock and John - fussing over them, taking care of them, and nagging them - and so she is integral to Sherlock.

Molly does not exist in Canon, and she is a new character, created specifically for Sherlock. She is Sherlock's intelligent, loyal and trustworthy laboratory assistant and friend. She has proved popular with viewers, who have taken her into their hearts, and she is a role model for young girls, who are pursuing a career in science having been inspired by her. Molly is so much part and parcel of Sherlock you sometimes forget she does not appear in the original stories!

The panel discussion showed how Doyle's Canon women were ahead of their time, more independent and emancipated, yet were incidental to the main narrative. In Sherlock, Mrs Hudson, Mary and Molly, are all tough, strong and independent women, with colourful pasts and interesting lives, integral to the main plotlines. We should celebrate the contribution of these leading ladies as Sherlock would be a much weaker franchise without them.

Follow the link for more details about the Radio Times Festival:
http://www.radiotimesfestival.com/
Collapse