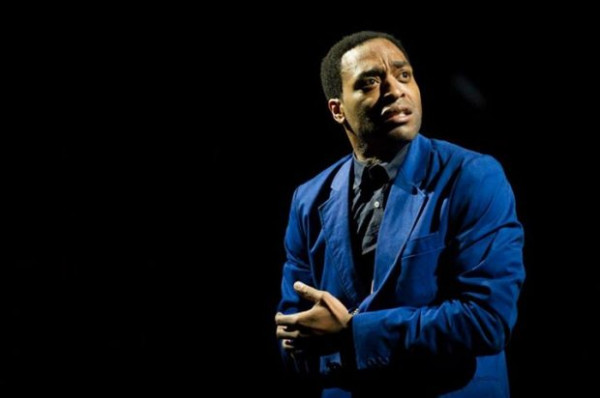 My EQView feature this week is a review of Everyman at the National Theatre. Everyman is a medieval morality play which asks its audience a very basic question – if Death came calling for you early, would you be able to give a good account of yourself and what you have done with your life so far? The National Theatre London has breathed new life into this classic by presenting a bold, exciting, new and contemporary adaptation by Carol Ann Duffy, the Poet Laureate.

My EQView review of Everyman at the National Theatre is here:
http://eqview.com/2015/08/12/everyman-review/

Everyman is a medieval morality play which asks its audience a very basic question – if Death came calling for you early, would you be able to give a good account of yourself and what you have done with your life so far? The National Theatre has breathed new life into this classic by presenting a bold, exciting, new and contemporary adaptation by Carol Ann Duffy, the Poet Laureate.

The play opens in a time and place that we recognize as our own, with Everyman’s 40th Birthday Party. We join Everyman and his friends as they celebrate his birthday by having a party, taking selfies, dancing, drinking, and indulging their coke (cocaine) habit. These are people who have money; they work hard and play hard; they are used to the good things in life; and they live for the present, with little regard for the future.

Tragically for Everyman, his 40th birthday is also going to be the day of his death. Death comes calling for Everyman in person, well ahead of his time, and demands that Everyman face a reckoning – what has he done with his life and how do the credits and debits stack up? I have chosen the production image to illustrate this piece very carefully – it clearly shows Everyman’s fear, anxiety and stress, when he realizes that Death has come for him, there is no escape, and he is going to have to face a reckoning.

Death is played exceedingly well by Dermot Crowley, who brings a lot of humour to the role, which lends the character a real edge. Death is not interested in Everyman claiming he is not ready, and he will not listen to any of his excuses. Everyman’s time has come and he must account for his life.

Everyman soon finds out that when Death is on your tail, those whom you regarded as “friends” quickly evaporate into thin air. Everyman asks his friends for help, but they all abandon him.

Everyman wrongly assumes the wealth he has accumulated will save him from this terrible fate. It is therefore a rude awakening when Everyman realizes money is no use where he is headed and, whilst money can buy you anything in this life and on this earth, it is worthless in the next life. Money and material goods, like his friends, abandon him.

Everyman then runs to his family, to his Mum, his Dad, and his sister, because blood is thicker than water, and surely they will help him in his hour of need? In reality, whilst Everyman was busy climbing the career ladder, he had forgotten all about his family, losing touch with them because he was too busy. Now he returns to the family home for sanctuary and refuge. Will his family forgive and forget, take him back and stand by him?

I liked the scene where Everyman came face to face with his younger self, a young boy on his birthday with a brand new scooter. It made you reflect on how a sweet, kind, considerate and thoughtful young boy had grown up to be the adult Everyman whom we met in the opening scene. It certainly made me think about all the crossroads you come to in life, about the choices you make, the decisions you take, and how these all impact upon the person you become.

All the actors were excellent but special mention has to go to Chiwetel Ejiofor (in the central lead role of Everyman), Dermot Crowley (Death), and Penny Layden (Knowledge). There is a very strong ensemble cast in this play, and it was a pleasure to see an ensemble made up of actors of both genders, many ethnicities, many ages, and of all shapes and sizes. The ensemble reflected and celebrated diversity, which was very appropriate for a play set in a multicultural society in the present day.

The movement choreography in this play was exceptional (much better than many dance productions and musicals), and the opening scene was one of the scenes which showed this off to best effect. The movement throughout the piece was absolutely breathtaking and a joy to behold.

The stagecraft in the play also deserves a special mention. The plays blends poetry, prose, songs, live music, dance, movement and visual effects fluidly and effortlessly. The songs and music are integral to the piece and embedded within it. The effects are clever and dazzle. Highlights included recreating a version of cardboard city through giant rubbish heaps and creating a tsunami, blowing right across the audience, with a giant fan!

Finally, the play ends with Death asking the audience “Who’s next?”. That was a brilliant line with which to end the play because it made the audience think about what they would do, and how they would feel, if Death came knocking at their door early. What had they done with their lives so far, would they be able to give a good account of themselves, and how would their credits and debits stack up?

This is a question human beings have been asking themselves from the dawn of time right through to the present day. It is good to reflect on this, as it should inspire you to make the most of the time you have, and to try and do something constructive and worthwhile with your life. Living, as we do, in a very shallow and superficial world, it is good to be reminded of these deeper philosophical questions about the meaning and purpose of life.

Everyman is a brilliant revival of a classic medieval morality play, asking the big questions about what an individual has done with his life and what use he has made of it. It is given a new lease of life itself with this bold, exciting, new and contemporary adaptation. If you haven’t seen it, buy a ticket now before it is too late. 5 shining stars!

Everyman plays at the National Theatre until 30 August 2015.

You can find out more about Everyman and book tickets here:
http://www.nationaltheatre.org.uk/shows/everyman
Collapse