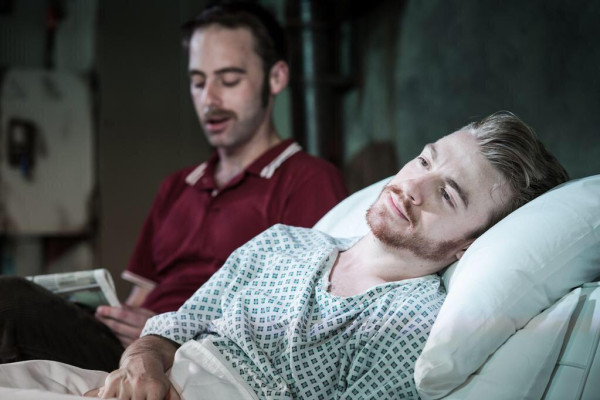 My EQView feature this week was a review of As Is at the Trafalgar Studios. As Is was the first AIDS play, written by William M. Hoffman as a response to the AIDS crisis overwhelming the gay community in the 1980s. Highly recommended. Theatre as social action!

As Is was the first AIDS play, written by William M. Hoffman as a direct response to the AIDS crisis overwhelming the gay community in the 1980s. Thirty years after first opening in New York, a new production of As Is comes to the Trafalgar Studios in London’s West End. 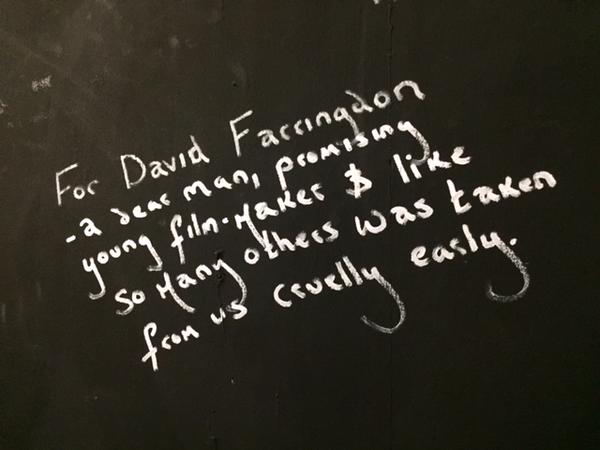 Also as you enter, you hear a soundscape which takes you back in time to the 1980s, which is when the play is set, and you can hear how HIV and AIDS was talked about then, and how it was reported in the media. The phrases “the plague of AIDS” and “the gay plague” stuck in my memory.

The play is set in New York in 1985 and it opens with Rich and Saul, a gay couple, in the middle of a break-up, arguing over who gets what in terms of their material possessions. Rich is breaking up with Saul, to embark on a new relationship with a younger lover, Chet.

Rich is the central character in the play, and we follow him on his journey as he is diagnosed with HIV and AIDS. We see the impact of this life-changing diagnosis on Rich, his lovers, his family and his friends.

I found the scenes between Rich and his brother especially moving because these scenes brought into sharp focus how hard it can be to have a strong relationship with your siblings and your family if you have followed a different path, one which they find difficult to comprehend. You can see Rich’s brother battling his homophobia and his prejudices about HIV and AIDS and trying to reconnect with his brother. But it is depressing that his brother’s homophobia prevents him from remembering the name of Rich’s long-term partner, Saul, and from acknowledging the relationship Rich and Saul have together and what they mean to each other.

Rich’s story is deeply affecting as it could apply to anyone. Rich explains how stealthy HIV is, because one day he was running a marathon and feeling on top of the world, and the next day he came down with a flu-like illness which he was unable to shake off. We experience Rich’s highs and lows, and can understand how scared he must be, and how the fear of dying and death can be overwhelming. We experience all of his reactions to his HIV and AIDS diagnosis – anxiety, anger, fear, and, ultimately, acceptance.

Rich’s new relationship with Chet does not survive his HIV and AIDS diagnosis, and it is Saul, his ex-lover, who visits Rich at the hospital, is prepared to be with him and provide round-the-clock care, and who will love him truly, madly, deeply, right up until the end, come what may, and taking Rich “As Is”.

I understood a key message of the play to be the triumph of humour, hope and love, over fear, adversity and death, and this makes As Is an uplifting play. One of the closing scenes focuses on the life-affirming love that Rich and Saul have for each other, as proven by the fact Saul is prepared to be there with Rich when Rich is staring death in the face.

There is a very strong ensemble cast, most playing multiple roles, and all of them are excellent. Special mention has to go to Steven Webb, in the central role of Rich, whose performance moved me profoundly. He was outstanding.

What I admired and respected about this production is the creatives and cast are putting the play on as a piece of social action to raise awareness of HIV and to fight the stigma and discrimination experienced by people living with HIV today.

There is a diverse range of post-show talks and Q&As health promotion material on HIV testing and living with HIV is available and prominently displayed; money is being collected for HIV charities every night; and rapid HIV testing is being offered and encouraged on Friday nights.

At a time when people are not talking openly about HIV, it is very helpful that the play is being used as a springboard to initiate dialogue and discussion around HIV, with a view to raising awareness of HIV and challenging stigma and discrimination against people living with HIV.

In summary, a play looking at the emerging AIDS crisis in the 1980s which remains current and relevant in 2015. As Is makes you reflect on how far we have come (eg understanding of HIV transmission, treatment options) but also consider what remains to be done (eg fighting prejudice, stigma and discrimination directed against HIV positive people). Writing that is funny, sharp, intelligent, and thoughtful; a very strong ensemble cast; staging that puts you at the centre of the action, making you engage with the play; and important messages for you to take home, act on, and which will stay with you for a long time to come. Highly recommended.

As Is, the first AIDS play, continues at the Trafalgar Studios until Saturday 1 August 2015.

Follow the link for more information on As Is and to book tickets:
http://www.atgtickets.com/shows/as-is/trafalgar-studios/
Collapse