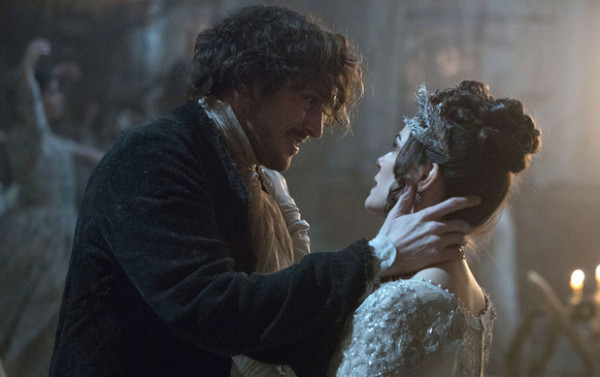 In EQView this week I reviewed Episode 7 of Jonathan Strange & Mr Norrell, the thrilling final chapter, which highlights the value of true friendship and enduring love.

My EQView review of Episode 7 of Jonathan Strange and Mr Norrell is here:
http://eqview.com/2015/07/01/jonathan-strange-mr-norrell-episode-7-review/

BBC One’s lavish Sunday night period drama about English Magic and Magicians, Jonathan Strange & Mr Norrell, concluded on Sunday with a real corker of an episode. The final instalment was very eventful and incredibly exciting and highlighted the value of true friendship and enduring love.

The episode opens with the great and the good complaining about Strange and his actions, about the damage he has done, and the danger he has brought, by bringing the ancient magic of the Raven King back to England. He has opened up doors between the two worlds, and this may prove to be a Pandora’s Box, unleashing evil back into England. Sir Walter Pole bitterly regrets his involvement in English magic saying that, with hindsight, he fears he should not have interfered and should have left well alone. With the tide of public opinion turning against English magic, Norrell returns to his native Yorkshire.

Strange has returned to England and is hiding in Norrell’s household. Strange’s powers are much weakened, his strength is failing, and he believes he is dying. Strange desperately begs Norrell for his help because he stands no chance of rescuing Arabella without it. Norrell, a kind soul, agrees to help and the two magicians shake hands to seal the deal. Their partnership is reborn.

Back in Lost Hope, the Gentleman is spoilt for company having the twin jewels of Lady Pole and Arabella. But Segundus and Honeyfoot have been working hard to rescue Lady Pole, and when her missing finger is returned to them, they are able to break the Enchantment and bring Lady Pole back home. The loss of one of his most precious prizes angers the Gentleman making him mad with rage.

Things are fast hurtling towards a climax. Strange and Norrell succeed in finding a path through to Lost Hope, and they find their way to the Enchanted Ball, which will be the scene of the mighty battle between Good and Evil.

Strange finds Arabella and kisses her passionately. This breaks the Enchantment as Arabella remembers who she is and recognizes Jonathan as her husband. Strange shows Arabella a way back to the real world through a mirror which grants her safe passage back to Venice.

For most TV series, this would be a “and they lived happily ever after” ending, and the series would have ended there. But Jonathan Strange & Mr Norrell is not any TV series, and its storylines and themes are more complex. Strange and Norrell have returned to England, but they are trapped within Norrell’s house, unable to leave. Strange is greatly weakened, his strength failing, and Norrell stays with him and comforts him at the end, as only a true friend could and would. As the end draws near, and blackness engulfs them, this display of true friendship is truly touching, particularly coming from a naturally solitary person like Norrell.

Arabella is living in Venice and returns to the house where Jonathan was staying during his sojourn in Venice. Whilst looking down at her own reflection in the well, her lost husband’s reflection appears, standing beside her, and they talk. Arabella was taken away and Jonathan saved her and fetched her safely home. But Jonathan is now lost, unsure where he is. Jonathan tells Arabella he is happy to see her fully recovered and restored to her old self. He does not want her to be a widow, but to be happy. Before he disappears, Arabella promises if he does not find a way back to her, she will come in search of him and bring him back, just as he did for her.

Jonathan is gone, and we do not know whether Arabella will succeed in rescuing him or whether he is lost forever. We as an audience are heavily invested in this young couple, Jonathan and Arabella, because we have known them and followed their love story from the early days of their courtship. Therefore the scene is heartbreaking, as Jonathan and Arabella, two young people very much in love, are parted without knowing whether they will ever see eachother again.

There is a real symmetry to the closing scene, as it echoes the opening scene of the series, with a return visit to the Society of Magicians in York. The Society does not know where Strange and Norrell are and whether they will return, so the future practice and stewardship of English magic lies in their hands. The ancient magic of the Raven King has returned to England in abundance and they must ensure they use this magic wisely and well.

Jonathan Strange & Mr Norrell’s closing episode was very eventful and incredibly exciting. The two English magicians, Strange and Norrell, were transformed from bitter rivals to the closest of friends; Stephen broke free from his chains and defeated the Gentleman; Lady Pole and Arabella Strange escaped their Enchantment and returned to the real world; and the ancient magic of the Raven King returned to England. All this in under an hour!

A truly exceptional adaptation from book to TV of a complex fantasy novel with a myriad of important themes. The adaptation was true to its source material, the writing was sharp, the ensemble of actors was excellent, and the special effects were special. I enjoyed every minute of all seven episodes and from now on I will really miss spending time in the company of Jonathan Strange and Mr Norrell on Sunday nights!
Collapse