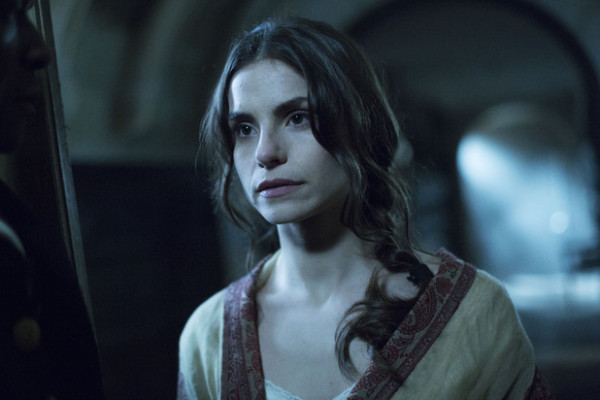 In EQView this week I reviewed Episode 5 of Jonathan Strange & Mr Norrell, which focused on the battle between Strange and the Gentleman for Arabella’s heart and soul. And Strange and Norrell’s feud goes from bad to worse, landing Strange in prison.

My EQView review of Episode 5 of Jonathan Strange and Mr Norrell is here:
http://eqview.com/2015/06/16/jonathan-strange-mr-norrell-episode-5-review/

BBC One’s lavish Sunday night period drama about magic, Jonathan Strange & Mr Norrell, continued this week with an episode focusing on the battle between Strange and the Gentleman for Arabella’s heart and soul. And Strange and Norrell’s feud went from bad to worse, landing Strange in prison.

Episode 5 has a very powerful opening as we are plunged right into the heart of the Battle of Waterloo. We experience first hand the cut and thrust, the agony and ecstasy, of War. Jonathan Strange (Merlin) is in the thick of it and responds quickly and effectively to the cries for help coming from the soldiers, using practical magic on the battlefields to fight the enemy. The breadth and depth of his magic is simply awe-inspiring. We are on the edge of our seats, as Strange and the British officers narrowly escape death. The scene closes with the end of the War, both Strange and Wellington amazed to have survived.

Back at home, with his War exploits at an end, Strange attempts to pick up where he left off, focusing on his beautiful and intelligent wife Arabella and their marriage. The husband and wife are working in partnership, writing a Book of Magic, with Strange supplying the words and Arabella the illustrations. Little do they know disaster is about to strike and they are soon to be parted!

Lady Pole is happier in her new home, Segundus’s asylum. Segundus and Honeyfoot have made a breakthrough and realized Lady Pole is not mad. She is not talking gibberish but telling Fairy Tales, narrated from the Fairy’s point of view. Lady Pole attempts to get a message through to Strange – that his wife is in mortal danger and he must not, under any circumstances, make the fatal bargain with the Gentleman. But help arrives too late for Arabella because, before Strange receives Lady Pole’s warning, Stephen has spirited Arabella away in the dead of night and taken her to the Gentleman and the Lost Hope Ball.

When Strange realizes Arabella is missing, he and his household search the countryside looking for her, and they find Arabella’s doppelganger, conjured up by Stephen and the Gentleman. They bring this fake Arabella back home, not realizing their mistake. Having been out walking in the bitter cold for some time, this fake Arabella is dangerously ill, and dies very soon afterwards. The real Arabella is alive but, having fallen into the clutches of the Gentleman, is doomed like Lady Pole to dance forever at his Lost Hope Ball.

Arabella is the centre of Strange’s life, she is his reason for living, and everything he does is for her – Strange even took up magic as an occupation merely to please and pacify her. Arabella’s death leaves him a broken man. Strange will not accept she is dead, he is desperate to restore Arabella to life, and uses all the magic in his armoury to bring this about. But nothing seems to work and Strange writes to Norrell frantically, pleading for him to come and help him in his time of need for the sake of their past friendship. Strange is remembering Norrell’s success in bringing Lady Pole back from the dead (he is oblivious to the heavy price that was extracted in return).

When Norrell heard Strange was writing a Book about Magic, he immediately tried to dissuade prospective publishers from having anything to do with it, describing the book as “seditious” and “dangerous”. Childermass informs Strange that Norrell is doing all in his power to stop the book and this drives Strange into an aggressive fit of rage – for Strange the book is a tribute to his dearly departed and beloved wife. Strange’s fury knows no bounds and he materialises in Norrell’s house, threatening and attacking Norrell and his friends. Strange is promptly arrested and put in prison. Strange and Norrell’s feud has gone from bad to worse.

Another exceptional episode, opening with a mind-blowing set piece sequence at the Battle of Waterloo, and focusing on the battle between Strange and the Gentleman for Arabella’s heart and soul. In this episode we discover how much Arabella means to Strange and how deep his love and devotion for her are. Having failed to bring her back from the dead, he very reluctantly buries her, but we know he will fight long and hard for her when he realizes she is not dead but has merely been spirited away and ensnared in the Gentleman’s evil enchantment. Who will win the battle for Arabella’s heart and soul and can true love triumph in the end? All will be revealed next week!

Jonathan Strange & Mr Norrell continues next Sunday at 9pm on BBC One.
Collapse