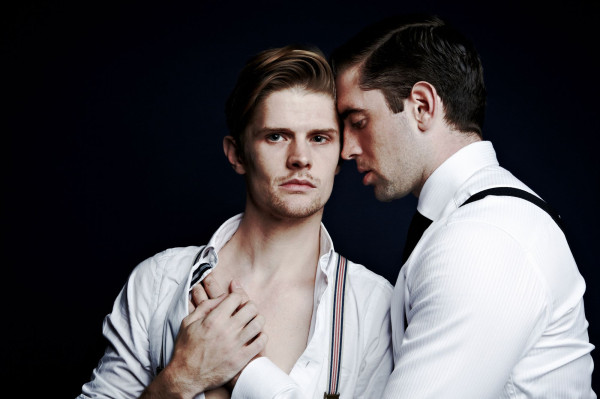 My EQView feature this week is a review of The Glass Protégé at the Park Theatre. The Glass Protégé takes an in-depth look at homophobia in Hollywood in the 1940s, and how gay actors were forced to remain closeted, often living a lie in a lavender marriage.

An excellent new play, with strong and sharp writing, exploring important and pertinent themes, performed by a very strong ensemble cast. The play has an incredibly beautiful and powerful love story at its core which engages you from the off. Absorbing, gripping and highly recommended.

My EQView Review of The Glass Protégé is here:
http://eqview.com/2015/04/17/glass-protege-review/ 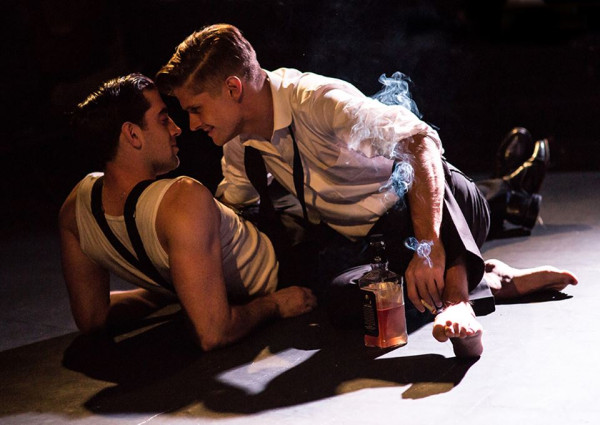 The Glass Protégé takes an in-depth look at homophobia in Hollywood in the 1940s, the operation of the Hollywood studio system, and how gay actors were forced to remain closeted, often living a lie in a lavender marriage. It explores the impact of these factors on one particular love story – that of the fictionalised Hollywood film stars Patrick Glass and Jackson Harper.

The play switches between the 1940s and the 1980s effortlessly, and it is only as the action unfolds that we realise the connection between the two time periods – we are seeing Patrick Glassman at two points in his life, as a young English actor, newly arrived in Hollywood, and as an older film star, living out his retirement. David R. Butler (young Patrick) and Paul Lavers (older Patrick) helpfully bear a very strong physical resemblance to one another.

Patrick Glassman arrives in Hollywood as a young English actor in the 1940s; this is his big break, he is making his first Hollywood movie, and he arrives with his head full of dreams and brimming with enthusiasm.

One of the first things to happen is that his screen name is changed to Glass because Glassman sounds too Jewish. This practical change highlights themes running throughout the play about hiding a person’s true identity and the importance of a star’s name, image and reputation. It speaks to the levels of personal production and manufactured nature of Hollywood at the time.

In the 1940s section, the play follows Glass’s experiences shooting and promoting his first film, ‘The Secret Heart’, paying particular attention to his developing friendships and relationships with his two co-stars Jackson Harper and Candice Carlyle.

Jackson Harper is a Hollywood movie star and a homosexual. To keep his fans and the media happy, he tells people he has a fiancée back home who wishes to stay out of the limelight. We see Patrick and Jackson meet, we see a spark ignite between them, and we watch as they get to know one another and start to fall in love. We know in our hearts that, because of society’s prevailing attitudes towards homosexuality at this time, there can never be a happy ending to their story, but we care enough about the characters to want to follow them and their journey, wherever it takes them.

Whilst the focus of the play is the love story between Patrick and Jackson, the play contains three strong women characters in the shape of Ava, the East German mail order bride; Candice, the leading lady in ‘The Secret Heart’, and Nella, the Hollywood reporter and Queen of the gossip column. Their stories are central to the action of the play, they all have strong voices in the drama, and they are all fully rounded characters.

By following the individual stories of Philip Glass, Jackson Harper and Candice Carlyle, we see how Hollywood stars were often merely pawns in a game, how little control they had over their own lives, and how they were often forced to live out a lie, marrying purely for the sake of appearances. These Hollywood stars were puppets on a string, dancing to the tune of their bosses, the media and their fans. Gay actors could not be ‘out’, they had to remain in the closet. The play explores very eloquently the misery and heartache this causes in the personal lives of its movie stars.

In the 1980s section, many of the play’s themes are explored in a different context and its messages are reinforced. We look at love, and marriages of convenience, and whether it is ever right to compromise on love. Are marriages born out of love or vice versa? Should you sacrifice your chance of love for your career/a better life? What is more important – fame and fortune or a chance for true love?

There is a very strong ensemble cast and it is a joy to see so many talented young actors sharing a stage. Special mention has to go to David R. Butler playing the young Patrick who puts in a real star turn in the leading man role.

In summary, an excellent new play, with strong and sharp writing, exploring important and pertinent themes, performed by a very strong ensemble cast. The play has an incredibly beautiful and powerful love story at its core which engages you from the off. Absorbing, gripping and highly recommended. Go see!

This is the first time I have been to the Park Theatre and it is a wonderful theatre space. It is brand-new, purpose built, has some great café and bar spaces, and all the staff are friendly, welcoming and helpful. I had a very positive experience and I will definitely be returning in the near future.

The Glass Protégé plays at the Park Theatre until 9 May 2015. It is written by Dylan Costello and directed by Matthew Gould.

The Glass Protégé on the Park Theatre website:
https://www.parktheatre.co.uk/whats-on/the-glass-protg
Collapse