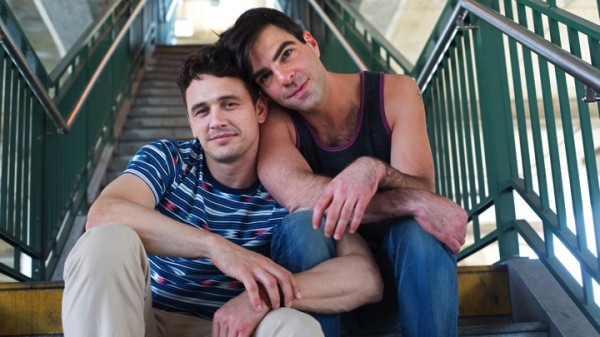 My EQView feature this week is a review of I Am Michael, the Opening Night Gala film at BFI Flare, starring James Franco and Zachary Quinto.

I Am Michael is a provocative film by debut filmmaker Justin Kelly, telling the true story of Michael Glatze, a pioneering gay rights activist who shocked the community by denouncing his homosexuality and embarking on a new life as a Christian pastor.

I AM MICHAEL – REVIEW 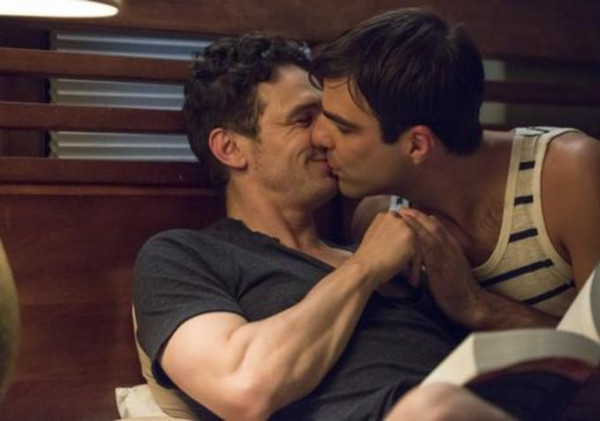 I Am Michael is a provocative film by debut filmmaker Justin Kelly telling the true story of Michael Glatze, a pioneering gay rights activist who shocked the community by denouncing his homosexuality and embarking on a new life as a Christian pastor.

The film looks at faith and sexuality and, specifically, Christianity and homosexuality. I Am Michael is one of those rare gems – a film that looks at a hugely contested topic through a new lens.

James Franco plays Michael Glatze and puts in a stellar performance. He pulls off the very challenging feat of portraying a very complex and difficult character in an empathetic way, so the audience wants to follow the character and his journey.

And Glatze’s journey is an intriguing one because he starts out as a gay rights activist and then renounces his gay identity, his partner and his lifestyle. Glatze discards his old self and attempts to build a new one.

We first meet Glatze in his youth, when he is editing and writing for an LGBT magazine for young people, encouraging them to embrace their gay identity, to be proud of who they are, and to form support networks so they are not alone.

At this time Glatze is in a settled long-term relationship with Bennett, played by Zachary Quinto, living in San Francisco, and part of a gay scene with a wide circle of gay friends.

But a real health scare and an ongoing health problem cause Glatze to reflect on his own mortality, and to start thinking about faith and God. As he reads the Bible, and finds religion, he begins to question his work, his identity, his relationship and his lifestyle.

Glatze’s period of self-reflection and Bible Study result in him believing that heterosexuality is a requirement for being with God. He begins to think of the gay identity he previously championed as a false identity, leading towards something he now regards as a sinful lifestyle.

Glatze embarks on a process of taking himself apart and rebuilding himself in a new image with a new identity – a devout heterosexual Christian pastor. This involves leaving Bennett and his old life behind, studying the Bible intensely, attending a Christian College, and acquiring a new girlfriend.

As Glatze progresses along this path of transformation, he writes an article discarding his old identity and openly declaring “I, Michael Glatze, no longer identify as gay”. His old friends and colleagues can only look on in disbelief.

I really felt for Bennett, the long-term partner whom Glatze discards in pursuit of God and Christianity. Bennett genuinely cares for Glatze, and he remains there for him, leaving the channels of communication open. But to be a bystander, watching Glatze pursue a path of self-denial and self-loathing, must cut to the core. Bennett possesses a generous spirit I can only admire and respect but never emulate.

It is heartbreaking and painful to follow Glatze’s journey because his discovery of faith and Christianity do not lead to fulfillment and an enriched life but to Glatze renouncing his gay identity, his true self, his long-term partner, his colleagues and friends, and his lifestyle, in order to follow a path which he believes will lead him to God and Jesus.

Time will tell and, whatever happens, Glatze will have to live with the consequences and the repercussions of his U-turn and his actions, which were so brutal, damaging and hurtful to LGBT communities.

Tori Amos’s powerful song ‘Crucify’ accompanies the closing credits and I watched right through to the end reflecting on how Glatze must feel about himself now, having renounced his gay identity and walked away from his past life, to reinvent himself as a heterosexual Christian pastor. An intriguing, engaging, and completely absorbing film. Highly recommended.

I Am Michael was the Opening Night Gala for BFI Flare. BFI Flare is Britain’s longest running and most popular LGBT film festival, presenting the best in queer cinema from around the world.