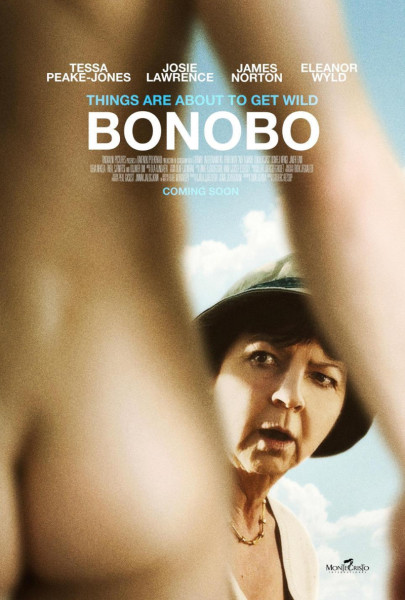 My EQView feature this week is a review of Bonobo, a real gem of an independent British film, made on a small budget, telling an original and unusual story in an engaging way. Highly recommended. 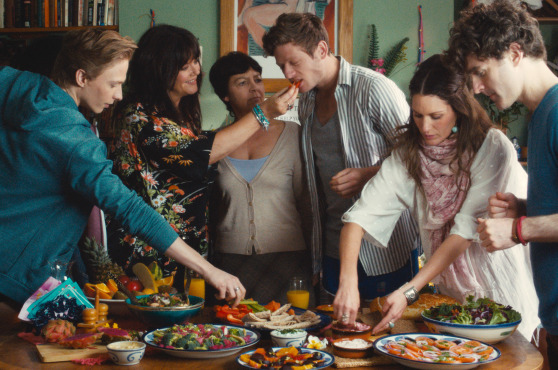 Bonobo is a real gem of an independent British film, made on a small budget, telling an original and unusual story in an engaging way. It makes you sit up, take notice and think.

Bonobo tells the story of Judith, a middle class and middle-aged mother, and Lily, her twenty-something daughter. The film begins with Judith worrying about Lily, and what will become of her, as Lily has quit Law School and University to join a commune.

And this is not an ordinary everyday run-of-the-mill commune – it is one modeled on Bonobo communities, the Bonobo being a species of ape famous for its high rate of sexual activity. The commune is founded on the “Make Love Not War” principle and arguments and disputes are “resolved” through commune members having sex. Unsurprisingly, this is not the sort of life or lifestyle that Judith had in mind for her daughter Lily!

Judith follows Lily to the commune in a bid to make her see sense, leave the commune and return to university and “normality”. There, Judith encounters Anita, the matriarch of the commune, significantly older than the other members. The developing empathy and the blossoming friendship between Judith and Anita is at the heart of the film.

Judith decides to stay at the commune for a few days to give herself a chance to reconnect with Lily, talk to her, try and persuade her to leave and return to her old life. This is when her own adventure and her journey towards sexual liberation begins!

Bonobo explores a lot of important themes with a very light-touch. Is high parental expectation and parental pressure too much of a burden to carry, is it counter-productive and does it help or hinder young people?

Is there a better way to live, outside of mainstream capitalist society and its driving force of selfishness? Is it possible to create a caring commune where love prevails? Will this environment allow people to grow and “find” themselves?

What happens when evil enters this environment? Can you protect a developing community, founded on love, from harm?

By the end of the film, Judith has been up a very steep learning curve, learning a lot about herself and her daughter, and she opens herself up to the commune experience. For example, she changes how she greets other commune members from a very formal stiff handshake to a big hug, and this change is a visible sign of her journey.

Judith’s short stay in the commune noticeably affects her, allowing her to break free from the chains of her daily routine where she was bored and unfulfilled, and opens up new avenues and opportunities, moving her towards sexual liberation and sexual freedom. The question is whether Judith’s stay at the commune will result in her life changing for the better longer-term and whether she will live “happily ever after”?

The film has a small but effective ensemble cast, as all the actors give very strong performances and work well together. It is an absolute joy to see a film that focuses on women and telling their stories. There are three lead actors in this film and they are all women – Tessa Peake-Jones (Judith), Josie Lawrence (Anita), and Eleanor Wyld (Lily). James Norton (Ralph) also stars but this film is all about female voices.

I don’t often notice a film’s soundtrack and its music but I did in Bonobo because the music was striking and used throughout the film to accentuate the onscreen drama. It helped create the mood, and set the tone, and it really added value to the film.

All in all, a sparkling gem of a film, unusual and unique, one you need to experience first-hand to appreciate its subtlety, depth and beauty. Highly recommended.

Bonobo is now available on iTunes and Amazon Instant Video.