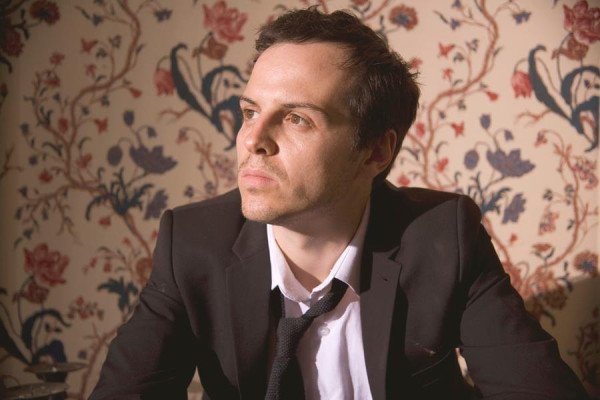 My EQView feature this week is a review of Chasing Cotards, the most extraordinary short film, originally made for IMAX presentation, making it literally “the biggest short film of all time”. The film stars Andrew Scott and Olivia Grant. The short film is a beautiful Shakespearean sonnet about love, loss, and grief; about a cherished love, lost and gone forever. Highly recommended.

This is a short review of the most extraordinary short film, Chasing Cotards, originally made for IMAX presentation, making it literally “the biggest short film of all time”. The film stars Andrew Scott and Olivia Grant.

Having seen Chasing Cotards I had to write a review because I took more notes on this short film – with a total running time of 13 minutes – than I do on most feature films. The film affected me and moved me, very deeply and profoundly.

Chasing Cotards is about an artist named Hart, a young man, whose wife has died. The film focuses on Hart, two weeks after his wife’s funeral, and explores the harsh reality of his experience of grief.

Hart’s life is in tatters and this is suggested by the chaos in the room, for example clothes strewn and scattered across the room and post piling up on the doormat.

The film has a short running time, very little action and no words or dialogue, but by following Hart’s movements over a short period of time, it conveys to the viewer what he is feeling:

– The inability to deal with daily life and daily activities,

– The feeling of falling apart at the seams,

– The inability to do anything or distract himself, for example reading,

– Anger at how and why this happened,

– Feeling life is pointless and futile without his wife, whom he loved so deeply,

– Feeling unable to carry on with his life,

– The searing pain of loss, and

Hart’s wife reappears, and he has to say goodbye one final time and let her go. He is letting go of someone he loved above all else in the world. The feeling strongly conveyed is of wanting something you had, and have lost, back. But that is impossible. The pain of losing her again is unbearable and the scene is heartbreaking.

Andrew Scott (Hart) conveys in his face and, critically in his eyes, very powerfully the feelings of unbearable pain and all-consuming grief.

I am not a widow but I connected with this film because I have been through a separation and a divorce and the feelings of pain, grief and loss, are very similar. I recognized the sense of falling apart and the strong feeling of being unable to carry on with, or face, life anymore.

If I had to sum this film up in a line, I would say that it is a beautiful Shakespearean sonnet about love, loss, and grief; about a cherished love, lost and gone forever. Highly recommended.

You can watch the trailer and rent or buy Chasing Cotards here:
http://www.chasingcotards.co.uk/watch-online/
Limited edition Chasing Cotards DVDs are available to buy.
Collapse