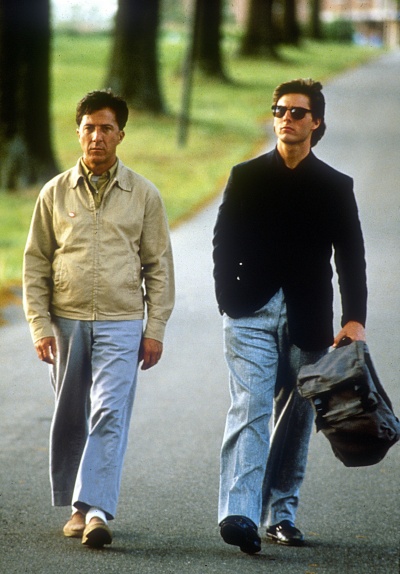 This week EQView launched a Film Club where all its film writers contribute to a feature. We started with non-Christmas films which should be required viewing over the Christmas holidays.

I chose Rain Man starring Dustin Hoffman and Tom Cruise. Heartwarming and heartbreaking at the same time, Rain Man is a film to watch if you have never done so, and one to revisit if, like me, you have not watched it for many years. Deeply moving and incredibly rewarding. 5 stars!

The first EQView Film Club feature on Christmas can be found here:
http://eqview.com/2014/12/19/film-club-1-christmas/

I have chosen Rain Man for two reasons. Firstly, the film highlights the importance of family, showing how two brothers – who have been apart for many years – are able to form a close bond and reconnect with each other during an enforced road trip across America. Secondly the film shows, through Tom Cruise’s character, that every individual has the power to change and become a better person. It is a feel-good film with a big heart.

Charlie Babbitt is a selfish yuppie. When his father dies, Charlie is stunned to learn that he has only been left a vintage car and some rosebushes in the Will. The $3m estate has been left to a secret beneficiary. Charlie goes in search of the beneficiary and finds he has an autistic older brother, Raymond, living in a mental institution, who he knew nothing about.

Determined to get his share of his father’s estate, Charlie kidnaps Raymond, and the brothers embark on a long road trip together, during which time they slowly get to know each other, and they make a connection. Charlie grows to become a caring brother. He realises that rather than the money it is Raymond, the older brother he never knew he had, who is important to him.

Charlie Babbitt and Raymond Babbitt are played by Tom Cruise and Dustin Hoffman, both outstanding actors at the top of their game. Whilst Hoffman picked up all the awards, including a Best Actor Oscar for his portrayal of an autistic savant, Cruise also delivers a very strong performance, playing an individual who goes on a transformational journey and becomes a better person through befriending his vulnerable older brother.

Heartwarming and heartbreaking at the same time, Rain Man is a film to watch if you have never done so, and one to revisit if, like me, you have not watched it for many years. Deeply moving and incredibly rewarding. 5 stars!
Collapse