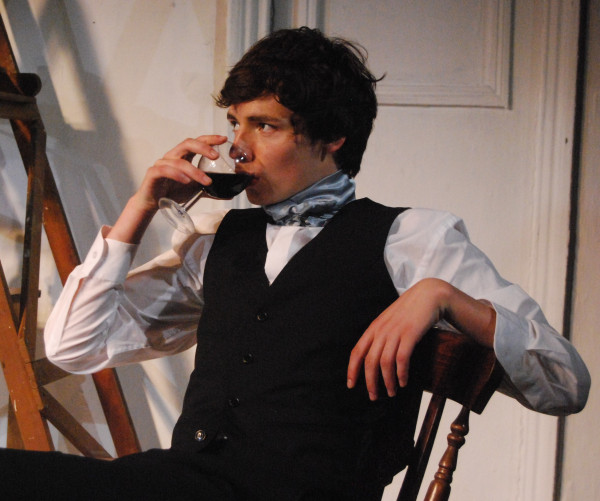 My EQView feature this week is a review of The Picture of John Gray, a new play about the true life story of John Gray, the man who inspired Oscar Wilde's most infamous creation, Dorian Gray.

My EQView review of The Picture of John Gray is here:
http://eqview.com/2014/09/10/picture-john-gray-review/

THE PICTURE OF JOHN GRAY – REVIEW

The Picture of John Gray is a new play by C.J. Wilmann, telling the true life story of John Gray, the man who inspired Oscar Wilde’s most infamous creation, Dorian Gray. The life story of the real John Gray proved to be as intriguing as that of the fictional counterpart.

The play opens by introducing us to Charles Ricketts and Charles Shannon, a gay couple, friends of Oscar Wilde, in their shared home, The Vale. It is clear from their conversation and interaction that they are a well-established couple, completely comfortable and at ease in each other’s company. Much of the play’s action takes place at The Vale where Ricketts and Shannon regularly host open evenings for their friends.

The play is set around the time of the publication of The Picture of Dorian Gray, and tonight Ricketts and Shannon are expecting John Gray, one of Oscar Wilde’s new lovers. John Gray arrives and immediately makes a very strong impression. He is young, attractive and striking, and he knows this very well. Gray is very pleased with himself, with his new found fame, and his role as Wilde’s muse, describing The Picture of Dorian Gray as a marvellous book.

However despite Gray’s enthusiasm, The Picture of Dorian Gray has been savaged by critics and reviewers, and described as nasty, poisonous and immoral. Ricketts and Shannon are concerned about the repercussions of the novel’s publication, fearing it may lead to a witch hunt. Wilde’s celebration of homosexual love in the novel has left them feeling exposed, vulnerable and afraid.

Time passes, Ricketts and Shannon are hosting an evening of poetry recital and are expecting Oscar Wilde and his new lover, Lord Alfred Douglas or Bosie. It is here that John Gray, no longer Wilde’s favourite, now a poet, meets Andre Raffalovich, a writer and reviewer. They get off on the wrong foot. Gray, stung by Raffalovich’s previous criticism of his work, refers to him as an “ugly French Jew”. But when Gray reads one of his new poems, Raffalovich changes his opinion of Gray’s work and, as the evening progresses and they talk, Gray changes his opinion of Raffalovich. A spark is ignited between the two men which will burn for a long time to come. 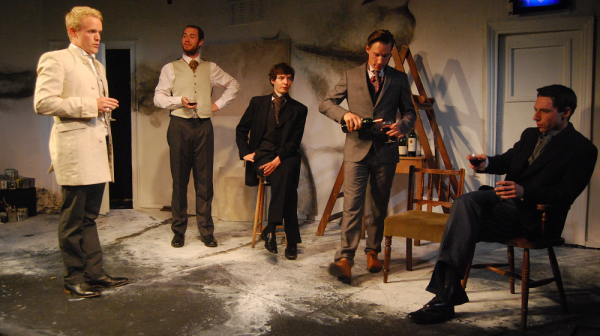 In this scene we meet Bosie for the first time. He is supremely confident, a larger than life character whose persona dominates the room. Wilde is being threatened with blackmail and, whilst this strikes fear into the hearts of the others in the room, Bosie is confident Wilde will win the day, and anticipates a time when homosexuals will not have to hide but will be able to love openly. When Bosie performs a powerful reading of his poem about “the love that dare not speak its name”, a heated debate is born between Bosie, who wants to shout his love from the rooftops, and the others who counsel caution, as public declarations of homosexual love will bring down the full force of the law, making everyone’s life very difficult.

By now Gray and Raffalovich have begun a relationship and are very much in love. When Wilde is arrested, Raffalovich proposes that they leave for Europe because it is only a matter of time before the Wilde trail and investigation leads to Gray. Raffalovich describes this as a holiday, but Gray is more accurate when he says they are fleeing the country to avoid persecution and prosecution.

One of the most powerful and deeply moving scenes comes after the interval. Time has moved on, Gray and Raffalovich are safe in Berlin, and they are happy together as a couple. But they cannot be open about their relationship as society would not accept it, making it untenable. Gray speaks to Raffalovich and confides that they cannot go on as they are, as they continually have to hide their relationship. If found out, they would have to flee, and they would always be outcasts from society, never accepted, because their love is perceived as a sin and is legally a crime.

Gray says he wants to do something meaningful with his life and has decided to dedicate his life to serving God. He is leaving for Rome to train as a Priest. His faith and his Catholicism have always been an important and integral part of his life and the one person who has stood by him through all of his troubles is Jesus Christ. It is heartbreaking to see a young couple, in love and happy, torn apart simply because society cannot accept them as they are, and this scene is painful and brutal to watch. It is heartbreaking. 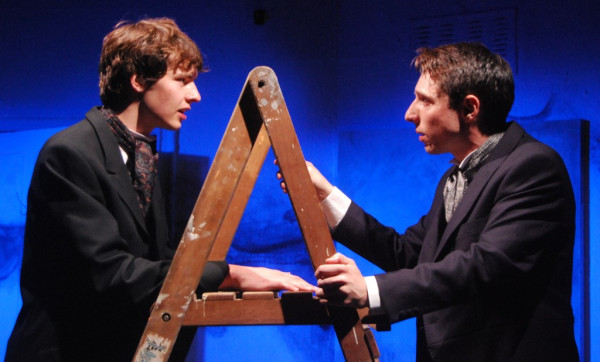 The play shows some of the long-term repercussions of the publication of The Picture of Dorian Gray and the trials of Oscar Wilde. For all homosexual men, the threat of persecution, prosecution and conviction became a real and present danger. Many young men had to flee the country to escape being caught in the net, like Gray and Raffalovich, whilst those who stayed like Ricketts and Shannon had their livelihood destroyed, as no one would buy their art any longer because of their association with the disgraced Wilde.

Towards the end of the play, we see Ricketts and Shannon on their last day in The Vale, as they have been forced to sell up and move out as they can no longer afford the property. However, they do host one final meeting, inviting Gray to The Vale as he travels through London on his way up to Edinburgh to take up his new post as a parish priest. They invite Raffalovich along too in a last-ditch attempt to bring about a reconciliation. They want Gray and Raffalovich to realize what they are giving up to live apart from eachother.

The play has an unexpected and uplifting ending. Time has moved on, Gray is a priest in Edinburgh, and he is back together with Raffalovich, who helps him with the running of the Church. They are together and are happy – an ending I would not have imagined possible in the Victorian era.

Although Wilde’s novel and his trial did bring about difficult times for the people featured in the play, both couples (Ricketts and Shannon, Gray and Raffalovich) are together at the end of the play, sharing a life together. It is good to know that it is possible for love to survive and overcome the harshest of climates.

The Picture of John Gray tells the true life story of John Gray, the man who inspired Dorian Gray, and explores Gray’s life journey from Oscar Wilde’s Muse, to Poet, to Priest. The play focuses on his relationship with the love of his life, Andre Raffalovich. Gray’s life story was fascinating, because by the end he manages to reconcile his faith and his love for another man, and live a life of integrity where he can be true to himself.

There were five young actors in the play and they were all exceptional. They crafted complex, fully rounded and totally believable characters, strong and independent, all of whom you could empathise with. And they worked together very well as an ensemble.

The set design was simple yet effective. I loved the black and white painting of a young attractive man’s face in profile which extended across the full length of one wall. It made you feel as though you were in an artist’s studio and was a clever reference to The Picture of Dorian Gray.

Overall, an excellent new play, featuring very strong and succinct writing, and telling a relatively unknown, and yet very significant and fascinating life story, superbly acted by a very talented group of young actors. Without a doubt, one of the best fringe productions I will have the privilege of seeing this year.

Finally, I wanted to say something about the venue. This was the first time I had been to The Old Red Lion Theatre and I loved it. It is small and intimate so you are always very close to the actors. In the case of this play, you felt as though you were in the sitting room of The Vale and this really drew you into the action of the play. This theatre proved to be the perfect setting for this play.

The Picture of John Gray played at The Old Red Lion Theatre in London from 5 August until 30 August.

I interviewed the playwright of The Picture of John Gray - C.J. Wilmann - for EQView here:
http://eqview.com/2014/08/28/picture-john-gray-meet-writer-c-j-wilmann/
http://mycroft-brolly.livejournal.com/438543.html
Collapse