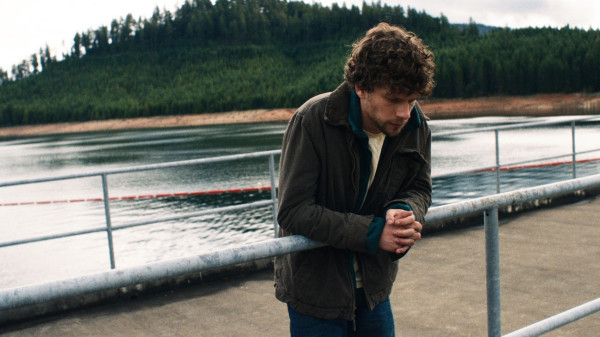 My EQView feature this week is a review of Night Moves, a new film which shines a spotlight on Green activism and one specific act of ecoterrorism. The film explores the aftermath of the act of ecoterrorism and looks at its far-reaching (and unintended) consequences.

Night Moves follows three Green activists as they plan, prepare and carry out an act of ecoterrorism. The film then examines and explores the aftermath of this action and the far-reaching consequences for all concerned.

Night Moves stars Jesse Eisenberg (Josh), Dakota Fanning (Dena) and Peter Sarsgaard (Harmon) as the three Green activists. As a viewer, you gradually get to know them as people over a period of time and this means you genuinely care about them. You have a lot invested in what happens to them and what becomes of them. Will their plan work, will they succeed, will they be caught, and, ultimately, what price will they pay?

I loved the film’s pacing. It takes its time and is a slow burn, steadily ratcheting up the tension. Night Moves is the name of the boat the activists buy (an integral part of the plan) and it is at night that they carry out their act of ecoterrorism, under cover of darkness when their actions will hopefully be hidden and pass unnoticed. The fact that it is night-time significantly increases the tension and the drama for the audience.

The film considers what constitutes a successful ecological or environmental campaign action. Is it about making a big statement/gesture and grandstanding or is it about gradually changing behaviour and delivering results by educating and empowering people to live a more ecologically and environmentally friendly lifestyle? What is the best way to effect lasting change?

I valued the fact that the film did not stop with the act of ecoterrorism, but went on to examine its aftermath in-depth, exploring the far-reaching consequences of the group’s actions on themselves, their friends, and their communities.

The act of ecoterrorism is targeted against property not people and no one is meant to get hurt. But even when no harm is intended, people can and do get caught in the crossfire and become collateral damage. As the full horror of the aftermath emerges, the lives of all three protagonists start to unravel.

All three activists attempt to return to their normal day-to-day lives. They each have their own way of dealing with what they have done and they are affected in different ways. But they are all damaged by the experience and pay a heavy price for their actions, especially in terms of their conscience and their peace of mind. Guilt is a very heavy burden to carry around if there is no one you can talk to and it can eat you up from the inside. The film looks at the effects of guilt and the psychological damage inflicted on the three activists.

Night Moves made a profound impression on me. It engaged my brain, and I am still thinking about the film, and the issues it raises, a long time after seeing the film. Night Moves makes you think seriously about how far you would/should go to achieve certain campaign objectives, and opens your eyes to the many unforeseen and unintended consequences of an individual’s/group’s actions. Dropping a small stone in a big pond can cause ripples that reach far and wide.

To summarise, this is an intelligent, thoughtful and thought-provoking film, utterly compelling from start to finish, which will haunt you for a long time to come. Food for the brain.