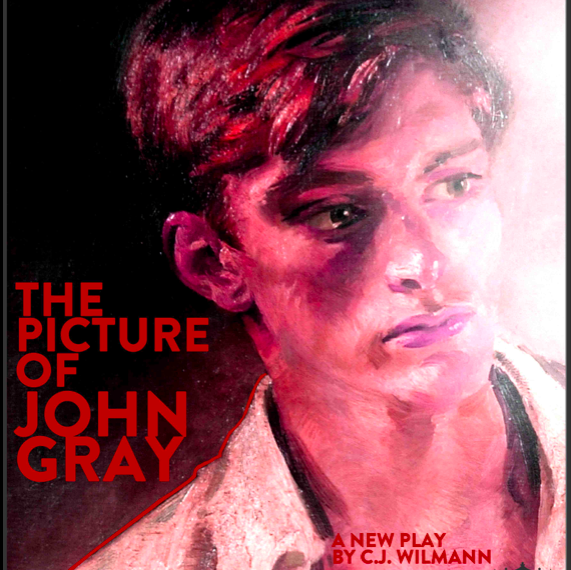 THE PICTURE OF JOHN GRAY – MEET THE WRITER – C.J. WILMANN

The Picture of John Gray is a new play, currently playing at the Old Red Lion Theatre in London, exploring the true story of John Gray, the man who inspired Oscar Wilde’s most infamous creation, Dorian Gray.

I saw the play recently and I thought the writing and the acting was exceptional (review to follow). It made me want to find out more about the play and so I interviewed C.J. Wilmann, the playwright, to find out how and why he came to write the play.

EQView: When and how did you find out that Dorian Gray was based on a real person (John Gray)?

C.J. Wilmann: My dissertation was on the preface to The Picture of Dorian Gray. Whilst studying for my dissertation, I found that Gray would get a brief mention in most books on Wilde but it was rarely more than a few paragraphs or footnotes. I’d already seen the film “Wilde”, in which Gray features briefly, but the character was so bland, I’d completely forgotten his part in the film. I soon discovered the real person was far more interesting.

Why did you want to bring John Gray’s story to the stage? What do you find interesting about John Gray and his life story?

At first I was fascinated by Gray from a Wilde point of view. I found it so bold and inspiring that Wilde would use the name of one of his lovers for the titular character in a novel that espoused a homosexual way of life, at a time when such a way of life was illegal.

As my research developed, however, I realised that the relationship between Gray and Wilde was far less interesting than Gray’s later relationship with the real love of his life, Marc Andre Raffalovich – and I soon realised it was this story that I wanted to tell.

What are the key themes you are hoping to bring out in the play?

This isn’t something that was in my thoughts when I was writing the play. I just wanted to create interesting and honest characters. I knew, from that, a story would emerge that would ring true.

On reflection, I’d say the most important theme in the play is friendship, and the idea of friendship being the key ingredient of love – but that’s just a personal opinion.

How and why do you think John Gray’s story is relevant to a modern-day audience?

To write a play that isn’t relevant to the present day, you’d have to do something seriously, seriously wrong. It’s a love story – but an unorthodox one – and that will always be relevant.

At the time the novel was written, John, like Dorian, was impressionable, naive and recently discovering the homosexual undercurrent of Victorian London. Beyond that, not too much. John certainly becomes his own man.

Oscar Wilde is absent from your play. Were you tempted to include him in the play and why did you resist that temptation?

There were lots of characters I considered including but Wilde was never one of them. It’s John Gray’s story and Wilde on stage would have been too distracting.

Plus my impression of Wilde differs greatly from the generic idea of him and there’s simply not enough time in a play to contradict the generic impression of this hugely famous figure and also tell another far less famous man’s story.

What reaction/reception has the play received to date?

Thankfully, it’s all been incredibly positive- reviews, tweets, comments after each show, and the sheer number of people coming to watch it.

The biggest compliment I’ve had is the cast and crew who are working on it. They’re all incredibly talented and they wouldn’t be involved if they didn’t believe in the play.

What next for The Picture of John Gray?

What next for C.J. Wilmann?

I’ve been working on another play for the last 2 years, alongside writing The Picture of John Gray. It’s nearly ready and hopefully it’ll get a production next year.


The play is excellent and it is now in its final week so I strongly recommend you catch it while you can!

The Picture of John Gray is playing at The Old Red Lion Theatre in London until 30 August.