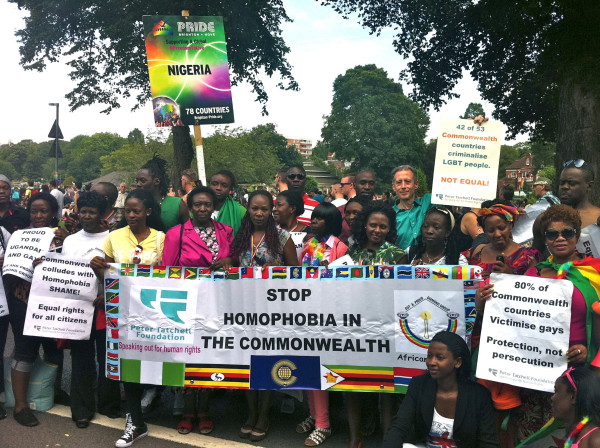 Today was the Brighton Pride Parade and I was proud to be marching as part of the joint Peter Tatchell Foundation and Out and Proud contingent protesting against homophobia in the Commonwealth.

The atmosphere at Brighton Pride was, as always, electric and I had THE best time! 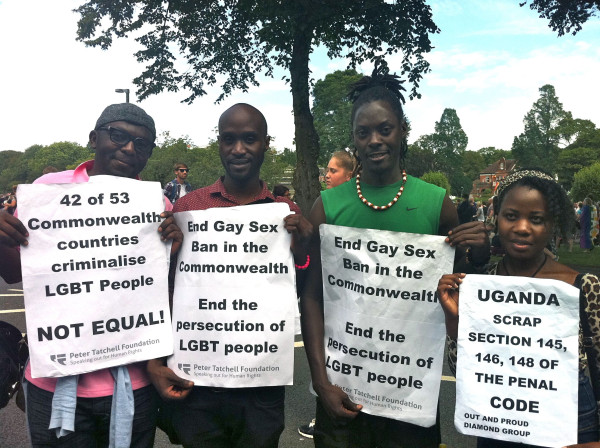 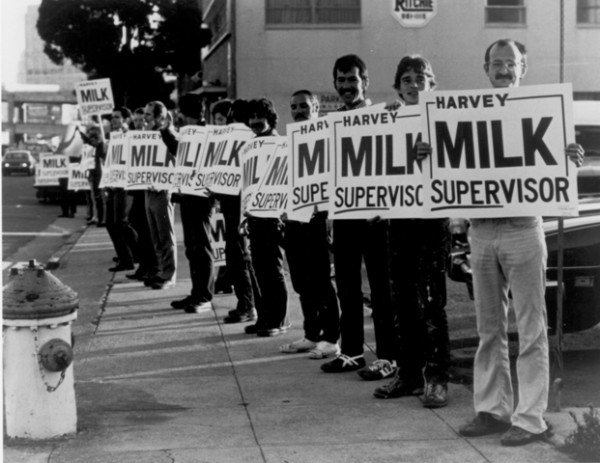 For my EQView feature this week I reviewed The Times of Harvey Milk, a documentary feature film about Harvey Milk, the gay rights activist and politician, and the first openly gay man to be elected to major public office in the US. An inspiring real-life story about a remarkable man, a true pioneer, whose vision, words, and ideas live on and remain relevant today.

THE TIMES OF HARVEY MILK – REVIEW

The Times of Harvey Milk is a documentary feature film released 30 years ago about Harvey Milk, the gay rights activist and politician, and the first openly gay man to be elected to major public office in the US.

The documentary successfully combines archive film material and recordings with in-depth interviews of Milk’s friends and colleagues. It is a very powerful and moving account, highlighting Milk’s campaigning, his political career, his achievements and his lasting legacy.

The film has a very effective opening sequence as it begins with real-life footage of the President of the San Francisco Board of Supervisors announcing to the assembled press that Mayor Moscone and Supervisor Harvey Milk have been shot and killed and the suspect is Supervisor Dan White. This opening grabs your attention right away because you want to find out who Milk was, what he did, and why he was assassinated.

A key strength of the documentary is that it features in-depth interviews with Milk’s friends, colleagues, and fellow activists, which give you an insight into the man and why he was special. Harvey Milk emerges as a caring and compassionate human being, able to connect with ordinary people from a very wide range of backgrounds.

The documentary focuses on Milk’s political career: he arrived in San Francisco in the 1970s and set up a camera store in the Castro district, right in the heart of the gay community. Between 1973 and 1976 Milk ran for political office 3 times and lost each time. But each time he ran, he garnered more support.

His break came when the voting system changed from being City-wide to District-based, with District 5 being the Castro district. On the fourth time of trying, at the age of 47, Milk succeeded in winning public office in 1977. He was elected onto the San Francisco Board of Supervisors, in the state of California, and became the first openly gay man to be elected to major public office in the US.

Milk’s election to public office was greeted with joy and elation within the gay community. After many years during which they felt they had been shut out of the corridors of power, they finally had a voice within City Hall, and an opportunity to influence the way their City was run.

Milk realised that if he was to build and maintain support, he had to represent everyone. He prioritised the issues important to ordinary people – housing, transport, and dog shit! Fining dog owners if their dogs fouled pavements and public spaces proved a very popular measure and generated a huge amount of positive press coverage.

Milk was only a Supervisor for less than a year before he was assassinated but, even during that very short time in office, he brought in key measures such as the Gay Rights Bill for San Francisco, outlawing discrimination based on sexual orientation. Gay people could now come out safely, and be open about their sexuality, free from the fear of being sacked and losing their jobs. This was a very significant measure, groundbreaking in its time.

The documentary also looks at the other side of the coin: the Prop 6 campaign in California led by Senator John Briggs. Prop 6 would permit schools to sack teachers merely for being gay, preventing openly gay teachers from teaching in public schools. Milk spearheaded the campaign against Prop 6 and achieved the unthinkable by defeating Prop 6 on a public vote against all the odds. At this point, Milk was at the height of his political power.

Harvey used this victory to make a speech where he appealed to everyone in the gay community to make a stand by publicly coming out to their parents, their families, their friends, their colleagues, their employers and their neighbours. He believed that if everyone realised they knew someone who was gay, people’s feelings and attitudes towards gay people would change. Myths and stereotypes would be destroyed, and gay people would feel better about themselves, proud of who they are. It was important to speak out, stand up and be counted.

Finally, the film focuses on the murders of Moscone and Milk – the circumstances leading up to the murders, public reaction to the murders, the figure of Dan White, and his trial, conviction and sentencing.

The archive footage combined with the interviews effectively conveys the shock everyone felt when news about the murders emerged. One of the most moving moments in the film is the candlelight march to City Hall in the wake of the murders which was the City’s peaceful, eloquent and powerful response to the atrocity. Immediately after Milk’s assassination, several people came out, inspired by his example and by his words. This was one of Milk’s many lasting legacies.

Dan White confessed to the murders and all the evidence needed to convict him had been gathered. In the trial, the defence presented White as a nice guy, a family man, a man of faith, who had committed these murders whilst he was under severe stress and in a state of depression. The jury sympathised with White’s predicament and returned a verdict of voluntary manslaughter. White would only serve five and a half years in prison for a double murder.

Unsurprisingly, the gay community and many ordinary San Franciscans felt this was a huge miscarriage of justice. They marched on City Hall, chanting “we want justice” and “he got away with murder”. Justice had not been done and angry mobs rioted across the City.

However, the documentary ends on an uplifting note by closing with Milk’s famous speech on “Hope”. I thought this was a clever way to end the film because it showed that, although Milk had been assassinated, his ideas, his words, the change he initiated, and the movement he galvanized, live on. White may have killed Milk, but Milk’s vision lives on and the gay rights movement in the US goes from strength to strength.

Overall a powerful and moving documentary, concentrating on Milk’s campaigning, his political career, his lasting achievements and his legacy. An inspiring real-life story about a remarkable man, a true pioneer, whose vision, words, and ideas live on and remain relevant today.

The Times of Harvey Milk won an Oscar for Best Documentary Feature in 1984 and is available on DVD.
Collapse