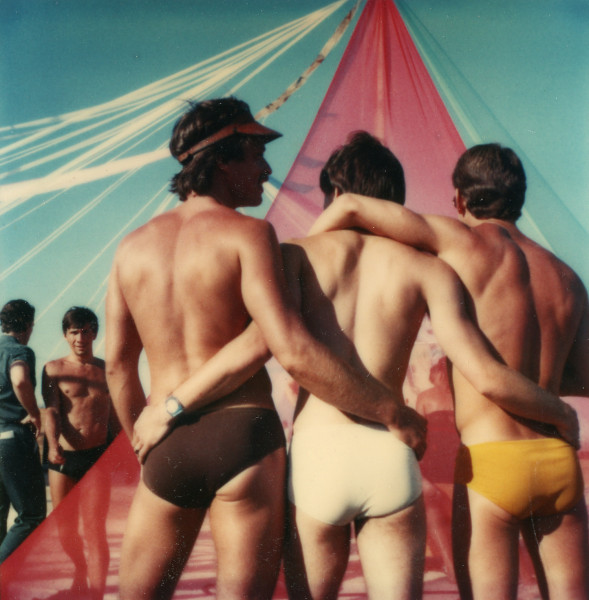 This feature was first published in Vada Magazine here:
http://vadamagazine.com/25/04/2014/vadafilm/gay-sex-70s-review

Gay Sex in the 70s is a documentary film, looking at the lives of gay men in New York after Stonewall and before AIDS, when sex was risk-free, fun and plentiful. A brief and short-lived period of true sexual liberation and sexual freedom.

Gay Sex in the 70s is a documentary looking at the gay men’s scene in New York between 1969, the time of the Stonewall riots and the beginnings of the gay liberation movement, and 1981, which marked the arrival of the AIDS crisis. For gay men in New York, the 70s represented a time of unequalled sexual liberation and sexual freedom.

The documentary is based on archive footage, photographs and the testimonies of gay men who lived in New York during the 70s. We hear their stories and their memories and we get a real insight into their lives during this period.

Before 1969, homosexuality was not often spoken about and was something that tended to be hidden away. If you were homosexual, you were regarded as abnormal and it was something to be ashamed of. Homosexual men were institutionalised by their families, locked away in sanatoriums, and subjected to ECT treatment in an effort to cure them.

Things finally changed in the 1970s, with a move from repression to liberation, and the beginnings of the gay liberation movement. The gay men featured in the documentary talked about how the 70s were a time of sexual freedom when they felt “free”. A time when they had “no worries”, a time of bliss, joy and self-discovery, when they were finally able to explore their sexuality openly, and when sex was readily available. Sex was a recreational activity and was great fun.

Cruising carried on all the time, in everyday places like the streets and the subways. There was a wide range of public spaces used by gay men to have sex, including the trucks, the piers and Central Park. In addition to the public spaces, private spaces specifically catering for gay men rapidly developed, including bars, clubs, saunas and baths.

There is a particularly rich description of the St Marks Baths in New York. This was open 24/7, seven days a week, and was a Pleasuredome. A trip to the Baths was seen as a “vacation” and described as a trip to the “candy store”. Men would check in and stay for the whole weekend. Everything you could possibly want or need was available there including a pool, a gym, a massage parlour, a dancefloor, secret places and hideouts and, most importantly, plentiful sex.

Drugs had a real role to play in creating the atmosphere of free love because they allowed people to lose their inhibitions and their fears and to be more adventurous. Most of the gay men in the documentary talked about the rampant drug culture which went hand-in-hand with the gay men’s scene, and a wide range of drugs were in use, including pot, speed, poppers and LSD.

The gay men featured talked about how a casual sexual encounter would often develop into a deeper long-lasting friendship, and very strong bonds and relationships were formed at this time as men got to know each other very well through their shared involvement and participation in the gay culture scene.

There was a presumption that there were no consequences to having plentiful casual sexual encounters with a large number of men. But this was misguided. There was a price to pay and STD epidemics rose amongst gay men. Even then, there was an underlying assumption that all you had to do was see a doctor who understood, who would prescribe you the right pills, and this would solve the problem. The STD was an inconvenience, nothing more.

A real sign of the very different times and attitudes was when one gay man recalled how another man had asked him to wear a condom. The gay man was completely taken aback by this ridiculous request and described the other man as a “real sicko”!

Sadly, this brief period of sexual liberation and sexual freedom for gay men was brought to a very abrupt end with the emergence of the AIDS crisis circa 1981. AIDS became known as the gay cancer and spread very rapidly through the community of sexually active and promiscuous gay men in New York. But the deep bonds of friendship formed through their shared involvement and participation in the gay culture scene held firm and those afflicted by AIDS, predominantly gay men, took charge of the AIDS crisis, caring for the sick, and becoming activists to spur the drugs companies and their Government to take action.

One of the most moving scenes in the documentary for me was when one of the gay men featured shows us a pile of jigsaw pieces that he has, and each jigsaw piece bears a photo of one of his friends or lovers. He piles them one on top of the other, to make a mountain, always ensuring that the piece on the top is the photo of his longtime companion and partner. Each of the jigsaw pieces is someone who was lost to AIDS. This really brought home to me the huge human cost of the AIDS epidemic and how it claimed the lives of a whole generation of gay men.

Finally, unusually for a documentary, the film has a very strong soundtrack featuring music from the 70s running right the way through the film. The soundtrack gives the film real energy and life, and helps to convey the optimism, the joy, and the free spirit of the times. It is an essential part of the film, adds an extra dimension, and definitely deserves a special mention.

To summarise, a very interesting and engaging documentary, looking at the lives of gay men in New York in the 70s, during a short-lived period of sexual liberation and sexual freedom. A time when sex was fun, free and readily available, and could be enjoyed without having to worry about or fear the consequences. Highly recommended.

I saw Gay Sex in the 70s at a GALHA (LGBT Humanists) event, but it is available for streaming through its official website for a very low price, or to buy as a DVD through Amazon.