This week on Vada, all the Vada film writers were asked the following two questions:

1) Which nomination (from any category) deserves to win?, and
2) Who/what deserved to be nominated that wasn’t?

I chose to focus on the Best Picture category and this is my answer:

I have chosen the obvious category (Best Picture) in order to champion the film I believe should win as well as to promote a film I feel should have made the shortlist.

1. Dallas Buyers Club should win the Oscar for Best Picture. The film is based on the true story of Ron Woodroof, who was diagnosed with AIDS in 1985 and given 30 days to live. Woodroof establishes a Dallas Buyers Club dealing in drugs, unapproved and unauthorised by the FDA, which help him and his fellow AIDS patients live longer and healthier lives.

Dallas Buyers Club deserves to win the Oscar because it documents a powerful and moving story, an important part of LGBT and HIV history, in an engaging way. An informative and educational film, concerned with matters of life and death, it inspires because it shows how resilient human beings can be in the face of extreme adversity. It contains a mind-blowing performance from Matthew McConaughey as Ron Woodroof, who embodies the personality and character of the man, winning the audience over and capturing their sympathy. With strong support from Jared Leto as Rayon and Jennifer Garner as Dr Eve Saks, it’s an outstanding film that truly deserves the Oscar.

2. A film that definitely deserves to be on the Best Picture shortlist is August: Osage County. The film is an in-depth portrait of a family in crisis, where dark secrets are unearthed. The film is unusual because it focuses on the women in the family – older women with real lived experience – and tells their stories. The film shows women in all their diversity and complexity.

The women are strong-willed, independent, outspoken and … damaged. The characters have light and shade, good and bad, within them, and feel very real. A dark, intelligent, funny, complex and thought-provoking drama, with an excellent ensemble cast, all giving powerful performances. August: Osage County definitely deserved to make the Best Picture shortlist.

The full feature, where you can read all the Vada film writers' responses can be found here:
http://vadamagazine.com/01/03/2014/vadafilm/film-club-14-oscars 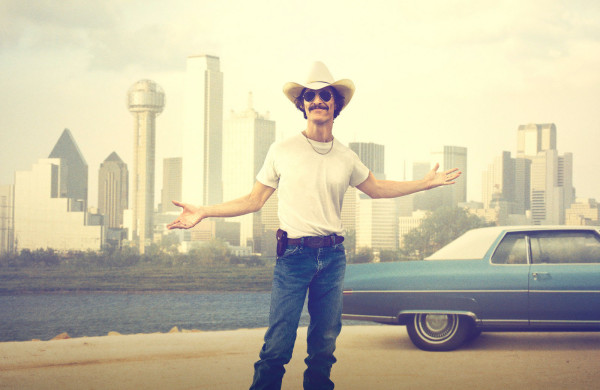 This is the full list of Oscar nominees I am backing: