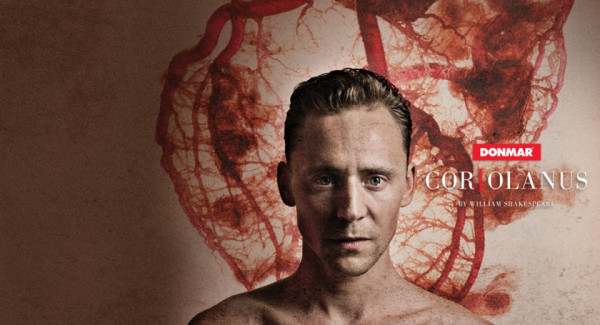 Coriolanus gets its NT Live this week and it will be broadcast live from the Donmar Warehouse in London into cinemas across the UK and around the world.

When an old adversary threatens Rome, the city calls once more on her hero and defender: Coriolanus. But famine threatens the city, the citizens’ hunger swells to an appetite for change, and on returning from the field Coriolanus must confront the march of realpolitik and the voice of an angry people.

Josie Rourke directs Shakespeare’s searing tragedy of political manipulation and revenge, with Tom Hiddleston making his return to the Donmar in the title role.