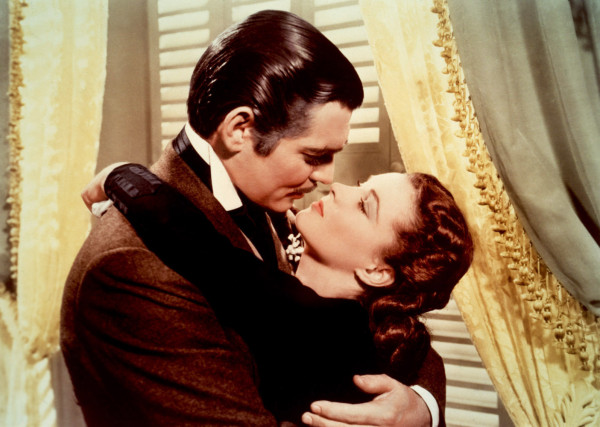 Vada Film Writers now have a Vada Film Club and every fortnight we look at a particular topic/genre and pick our favourites. To coincide with the release of 12 Years a Slave, the Vada Film Club looked at historical or period films and I chose Gone with the Wind.

I have chosen Gone with the Wind. What I love about the film is the central character of Scarlett O’Hara, the romance between Scarlett O’Hara and Rhett Butler, and the epic backdrop of the American Civil War.

The film follows Scarlett’s life through all her highs and lows. Scarlett is a born fighter and I love her fiery and independent spirit; her resilience and inner strength; and her steadfast determination to do whatever it takes to survive, get what she wants and win through.

Scarlett makes the age-old mistake of chasing a dream (Ashley Wilkes) who will never make her happy, whilst taking Rhett and his love for granted. She belatedly realizes at the end of the film that it is Rhett she loves and only he will make her happy. But is it too late to win him back?

Vivien Leigh and Clark Gable were perfectly cast in the leading roles of Scarlett O’Hara and Rhett Butler and both actors were very successful in bringing the characters depicted in the novel to life on the silver screen.

Gone with the Wind is one of the greatest love stories of all time because its two lead characters – Scarlett O’Hara and Rhett Butler – are so memorable.

Gone with the Wind Trailer:

You can discover the other film writers' historical and period film favourites by reading the full feature here:
http://vadamagazine.com/13/01/2014/entertainment/film-club-12-historical
Collapse