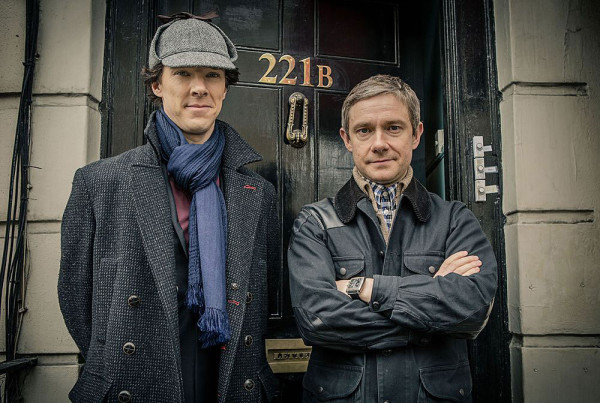 This feature was first published in Vada Magazine here:
http://vadamagazine.com/06/12/2013/entertainment/sherlock-s3-preview

Sherlock returns to BBC1 on New Years Day - 1 January 2014 - after a two year hiatus. My Vada Magazine feature previews Sherlock Series 3, giving readers a tantalizing taste of what is in store.

After a two year hiatus, Sherlock will be returning to our TV screens on New Year’s Day – 1 January 2014. The BBC has chosen to give Sherlockians worldwide a belated Christmas gift and guaranteed them the best possible start to the New Year.

I will be covering Sherlock for Vada. This is my first feature looking forward to Sherlock’s return on 1 January 2014 and giving Vada readers a tantalizing taste of what is in store.

To recap briefly, Sherlock Series 2 ended on a cliffhanger. The final episode in Series 2 “The Reichenbach Fall” was very loosely adapted from Sir Arthur Conan Doyle’s “The Final Problem”. In the original story, Holmes and Moriarty meet their deaths by falling into the Reichenbach Falls in Switzerland whilst locked in mortal combat and neither of their bodies are recovered.

In “The Reichenbach Fall”, Sherlock and Jim (Moriarty) meet on the roof of St Bartholomew’s Hospital in London and they both commit suicide – Jim by shooting himself in the mouth and Sherlock by deliberately falling from the roof. However, we know that Sherlock is alive because the episode closes with John and Mrs Hudson at Sherlock’s grave, reminiscing, and after they have both left, the camera shows Sherlock looking on from a distance. The Sherlock Series 2 cliffhanger was …

How did Sherlock Survive the Fall?

This is the question that has probably consumed the most column inches during Sherlock’s hiatus. Sherlock was seen deliberately falling from the roof, his bloodied face and body were clearly shown lying broken and lifeless on the pavement, his body was then carried away, and he has a grave. And yet, he is alive!

So how did Sherlock survive the Fall? Like all good Sherlockians I know the answer but I can’t tell you as a) my life would be in real danger and b) I am forbidden from revealing spoilers!

Theories about how Sherlock survived the Fall range far and wide and include Molly arranging the fake death; Mycroft arranging it through his top secret Government channels; the body being one of Jim’s henchmen but surgically altered to look like Sherlock; the body being Jim not Sherlock; the body being a dummy; Sherlock having a soft landing in a rubbish truck; and – even – John hallucinating the whole thing. As a last resort, given Steven Moffat co-created and co-writes Sherlock, if there is no other explanation, we can always say a Time Lord was involved! All I know is, given this is a Moffat-Gatiss production, the solution to “The Final Problem” will be clever, intelligent and true to canon. I am certain they will surprise and delight us.

In all honesty, how Sherlock survived the Fall is one of the story arcs I find the least interesting. Unlike the readers of Conan Doyle’s original stories, when Holmes died in “The Final Problem”, Sherlock viewers have known throughout the hiatus that their hero was alive and well. We have not had to mourn his death, just puzzle over how he managed to survive.

What is much more interesting to me is how all the other characters (John, Mrs Hudson, Mycroft, Molly, Lestrade, Anderson, Sally) have been coping and getting on without Sherlock; how they have moved on, changed and developed; what they have been doing with their lives in the time Sherlock has been away; and, crucially, how they will react now Sherlock is back. Which brings me nicely to …

Sherlock and John’s Reunion: Will it be a Love-in or a Punch-up?

In Conan Doyle’s original story “The Empty House” when Holmes returns from the dead, and reveals himself to Watson, Watson’s reaction is to faint and, when he recovers himself, with Holmes helping his recovery with a drop of brandy, he is simply overjoyed to see Holmes alive and well. I have a feeling that John’s reaction to Sherlock’s return from the dead will be slightly different!

The closing scene of the final episode of Series 2, when John is beside Sherlock’s grave, and John’s latest blog entry, reveal how much John feels the loss of his best friend and how deeply affected he is. 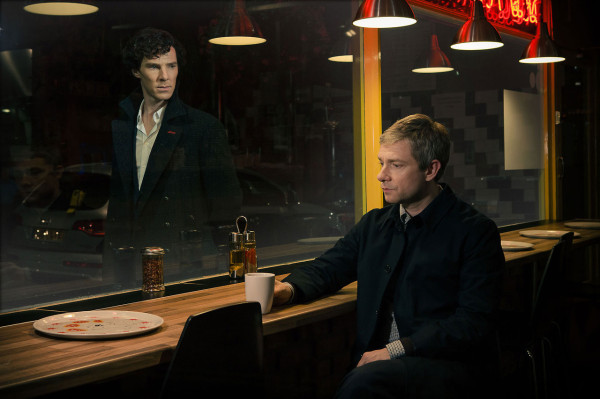 One of the few production stills that the BBC has released of Sherlock Series 3 is the image above. What struck me about the image was John sitting alone in the Cafe, without hope, and the deep sadness in his eyes and face. Sherlock standing outside, looks in through the window, his face haunted by the effect his death has had on his best friend. Maybe I am reading too much into one still image but that is all we have to go on!

Given this context, and what we already about John’s character, I think it highly unlikely that John is going to be as understanding and forgiving as the original Dr Watson about Sherlock having to fake his own death and keeping that fact hidden from his closest and most trusted friend.

This John is more likely to feel angry, hurt and betrayed that Sherlock did not feel able to trust him with the knowledge that his death was faked. When Sherlock reveals himself to John, John is likely to react to the news that Sherlock is alive in an explosive manner. I predict fireworks!

The New Woman in Sherlock and John’s Life: Mary Morstan

Finally, in Series 3, we will get to meet the love of John’s life, Mary Morstan, played by Amanda Abbington - Martin Freeman’s real-life partner.

Until now, there have been two key women in Sherlock and John’s shared life, both of whom have stuck by them through thick and thin. The first is Mrs Hudson, technically their housekeeper but, in reality, much more of a mother figure. She loves them, she cares for them, she looks after them, she worries about them, she has their best interests at heart, and she sees to all of their physical and emotional needs. It is very clear that both Sherlock and John adore Mrs Hudson and love her very deeply even though they might not show it very often.

The second is Molly, Sherlock’s faithful and trusty lab assistant, who has a major crush on Sherlock and, as a result, will do anything to help him in his work. However, Molly is an independent and intelligent young woman in her own right and, at the end of the day, when Sherlock is in real trouble in “The Reichenbach Fall” it is Molly he turns to for help. Sherlock relies on Molly and she is a trustworthy and faithful friend, even though she is also a victim of unrequited love.

It will be very interesting to see how the introduction of Mary Morstan, as John’s long-term love interest, will affect the dynamics of the relationship between Sherlock and John, and how she will be received by Sherlock and John’s existing female friends, Mrs Hudson and Molly.

Episode 2 is titled “The Sign of Three” and will feature a wedding. At present we do not know whose wedding, but a reasonable assumption to make is that John will be marrying Mary in this episode. The canon story “The Sign of Four” was the second novel featuring Holmes and Watson, written before all of the Holmes short stories. In this story, readers were introduced to Mary Morstan, who comes to Holmes initially as a client seeking help. At the end of the novel, readers learn that Watson has proposed to Mary Morstan and she has accepted his marriage proposal.

Amanda Abbington as Mary Morstan will have a leading role to play in Series 3 as she is billed as appearing in all three episodes. I am very much looking forward to seeing John falling in love, and the relationship between John and Mary blossoming and developing, and I am even more interested in seeing and hearing Sherlock’s reaction. Given this is London 2013, I am expecting Mary to be a modern, independent woman, spirited and strong-willed, with her own clear ideas on how to do things, and I am hoping that she can hold her own against Sherlock and John. We shall see!

Move over Moriarty: There is a new Villain in town

Jim Moriarty was a recurring presence in Series 2, with the final episode “The Reichenbach Fall” focusing almost exclusively on the ongoing battle of wits between Sherlock and Jim. With Sherlock managing to survive the Fall, is it not possible that Jim will survive too? Sadly for the many Andrew Scott fans (including me), Sherlock’s creators and writers are following canon and Jim is not coming back from the dead. Andrew Scott will be a very hard act to follow.

There is a new villain in town and he is critical because, in order to keep Sherlock on his toes, Sherlock must have a worthy opponent, who can match him in terms of brainpower and game playing.

In the canon story “The Adventure of Charles Augustus Milverton”, Holmes compares Milverton to a serpent and describes him as “the worst man in London”. Milverton is the king of all the blackmailers, making a living out of blackmailing the rich and famous by threatening to reveal the scandals within their personal lives (the skeletons in their closet). Milverton causes Holmes more repulsion than the 50 or so murderers he has had to deal with over the course of his career. “Charles Augustus Milverton” is also the canon story where Holmes gets engaged – in order to learn the plan of Milverton’s house, he courts Milverton’s housemaid, disguised as a plumber, and is engaged to marry her.

The new villain, Lars Mikkelsen as Charles Augustus Magnussen, has only been confirmed as appearing in the final episode of Series 3 “His Last Vow”. Like Andrew Scott before him, he will have to maximize the impact of his limited screen time, and ensure that he is a villain Sherlock and the audience both fear and respect.

So that is my own personal teaser trailer for Sherlock Series 3 – I hope it has whet your appetite and that you will be tuning in on New Year’s Day to find out how Sherlock survived the Fall; to discover how John takes the news that Sherlock is still alive; to meet the new woman in Sherlock and John’s life; and to see if the new Villain is as evil as Jim Moriarty.

The Game is Afoot … Again!

Sherlock Series 3 will air on BBC1 on the following dates – “The Empty Hearse” on Wednesday 1 January (9pm), “The Sign of Three” on Sunday 5 January, and “His Last Vow” on Sunday 12 January. 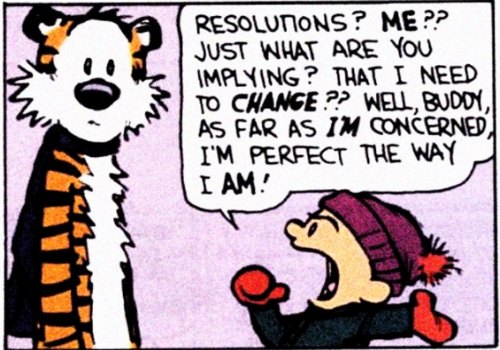