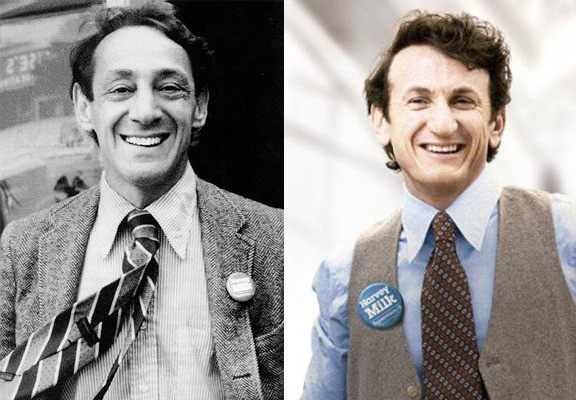 As 2013 draws to a close, all the Vada film writers chose the three favourite film articles that they had written this year.

Milk
Harvey Milk: A Pioneer And An Inspiration For Everyone
My feature uses the film "Milk" as a jumping off point to profile the political pioneer and LGBT rights campaigner Harvey Milk and his legacy. Harvey Milk was a US campaigner, activist and politician. Milk was the first openly gay man to be elected to major public office in the US - he was elected to the San Francisco Board of Supervisors in 1977. I was inspired by the film and it made me want to learn more about Milk and to share his remarkable life story and achievements with a wider audience.
http://vadamagazine.com/12/07/2013/arts/harvey-milk
http://mycroft-brolly.livejournal.com/400336.html

Codebreaker
"Codebreaker: The Alan Turing Story" is a unique drama-documentary looking at the life and work of Alan Turing, the father of computer science and artificial intelligence, and an individual who was instrumental in helping Britain to win the Second World War by cracking the German naval Enigma Code. It is a powerful, moving and truthful account of Alan Turing’s life, his work and his achievements, based on Turing’s writings, historical records, and the accounts of those who knew him. A remarkable film about a remarkable man.
http://vadamagazine.com/04/10/2013/entertainment/codebreaker-review
http://mycroft-brolly.livejournal.com/407528.html

Edward Scissorhands
"Edward Scissorhands" is a film about an individual (Edward) who is different. The film explores the joy and pain of being "different" and considers how society embraces and rejects difference. "Edward Scissorhands" can teach us a lot about the way we as a community/society respond to, and treat, people who are different. I look forward to the day when we make everyone, regardless of their difference, and whatever the nature of their difference, feel welcome and loved in our community/society. We should not reject difference; we should learn to embrace, respect, value and celebrate difference. The Edwards of this world are very special.
http://vadamagazine.com/09/08/2013/entertainment/edward-scissorhands-review
http://mycroft-brolly.livejournal.com/402232.html

You can find the full feature, entitled "The Best of Vada Film" here:
http://vadamagazine.com/24/12/2013/entertainment/best-vada-film-2013