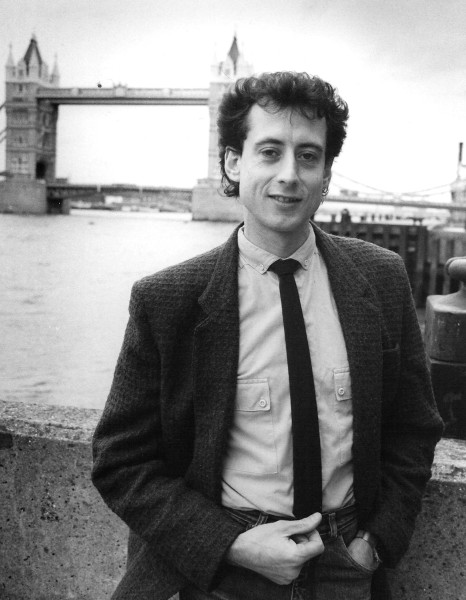 This feature was first published in Vada Magazine here:
http://vadamagazine.com/13/12/2013/opinions/battle-for-bermondsey

In my Vada Magazine feature this week I chose to revisit The Battle for Bermondsey, 30 years on, where Peter Tatchell was defeated after one of the nastiest and most homophobic campaigns in British political history.

The Battle for Bermondsey – 30 Years On

This year marked the 30th anniversary of the 1983 Bermondsey by-election, also known as The Battle for Bermondsey, where Simon Hughes (Liberal) defeated Peter Tatchell (Labour) to win the safe Labour seat of Bermondsey, after one of the nastiest and most homophobic campaigns in British political history.

At the start of the year, I attended an event hosted by the Rotherhithe and Bermondsey Local History Society where Peter Tatchell shared his recollections of, and reflections on, the 1983 Bermondsey by-election.

As the year draws to a close, I thought it was worth sharing a few highlights of Peter’s talk with Vada readers. I personally found Peter’s talk inspirational and the messages will help and inspire others facing moments of darkness and self-doubt.

The 1983 Bermondsey by-election was the most homophobic election in modern British history and Peter himself was subject to the most horrific public vilification during the course of the election campaign. The end result was the biggest by-election swing ever recorded. Labour’s vote collapsed and Simon Hughes won by an extraordinary landslide, garnering 17,017 votes to Peter Tatchell’s 7,698 (a record swing of 50.9%).

One of the underlying reasons behind Labour’s disastrous showing was the internal split within the Labour Party itself and the struggle for power between the Left and Right of the Party. Within the Bermondsey Labour Party, Peter and some of the other members had been trying to break the closed shop and open up the local party so that everyone who wanted to participate could join, have a say and become involved in the movement. There had been a time when the local Labour Party had been telling prospective members that they could not join the Party because it was “full up”!

Peter was to the Left of the Labour Party and was denounced by those within his own Party as an “extremist” because he advocated a minimum wage, comprehensive equality laws, and a peace agreement and political settlement in Ireland. All of these, denounced then as “extremist” views, have subsequently come to pass. Peter, as an individual, came to symbolize the struggle for power between the Left and the Right of the Labour Party.

The national Labour Party failed to get behind Peter’s candidacy and offered very limited support to the local candidate and the local party. Peter was allocated a very small number of people to help him with his campaign; a mere handful compared to the numbers given to other Labour candidates fighting other by-elections.

The media, and campaigns run by the other candidates, highlighted Peter’s sexuality. One anonymous leaflet depicted the Queen and Peter under the slogan “Which Queen will you vote for?”, and some Liberal Party activists wore badges saying “I’ve been kissed by Peter Tatchell”. The Labour Party advised Peter not to make any public statements about his sexuality but he was, by that time, well known as a gay rights activist and, if asked on the doorstep, Peter would say that he was gay.

During the Bermondsey by-election, there was a great deal of tabloid harassment, intrusion and fabrication. The media was positively vitriolic and much of the venom in the media directed against Peter could have been down to vested business interests. The Press Complaints Commission took no action at the time to make things better; in fact they did not act until the campaign was over. Peter did not have the means or the finances to seek redress against the media in the courts and so the relentless character assassination of Peter in the media continued.

During the Bermondsey by-election campaign, Peter endured 500 hate letters, 100 physical assaults/attacks, 30 death threats, 30 attacks on his flat, two attempts by car drivers to run him down, and a bullet posted through his letter box in the middle of the night. The police refused to offer any protection, even though Peter had hard evidence of the threats made against him. No protection was given even after Peter’s home address and phone number was published on campaign leaflets.

Peter genuinely feared for his life but he felt he had no alternative but to continue with the campaign. To withdraw his candidacy would have been to give the homophobes victory. Peter spoke about how frightened and terrified he was every time he went out campaigning because he knew he was going to be physically and verbally abused, attacked and assaulted. There were many near misses where Peter could have been seriously hurt and injured. Homophobic graffiti appeared across the constituency, attacking Peter personally. Peter wanted to regain control of the situation but was unable to do so and things got progressively worse. For a long time after the end of the campaign, Peter suffered from post-traumatic stress disorder (PTSD) and night terrors where he would jump out of his bed in fright because he was reliving attacks against him.

Peter could have fought back by indulging in similar negative campaigning and he could have “outed” Simon Hughes and made known Simon Hughes’s sexuality. In the end, he and the local Labour party took a decision not to vilify other candidates but to focus on their own positive ideas and policies and what the Labour Party had to offer voters.

There was one very positive outcome from the Bermondsey by-election. The revulsion felt by many British people at the homophobic campaign directed against Peter meant that in future election campaigns, both local and national, it became unacceptable to use homophobia as a campaign tool.

What I found inspiring was that Peter was not bitter or resentful about what had happened in the Bermondsey by-election. Peter looked forward not back, and has pursued his vocation of being a gay rights and human rights campaigner rather then becoming an MP.

The motivation behind Peter’s campaigns and his work continues to be love – whether that is love of equality, love of justice, or love of human rights. Peter believes you should be motivated by positive ideas and driven by a vision of how the world could and should be a better place.

“Don’t accept the world as it is. Dream of what the world could be – and then make it happen.”
- Peter Tatchell

I was a volunteer with the Peter Tatchell Foundation, working directly to Peter, for 9 months from Summer 2012 to Spring 2013. What came out in Peter’s talk were qualities I have seen in him as long as I have known him – personal courage and integrity, inner resilience, and true independence of mind and spirit.

I found listening to Peter’s talk inspiring because it made me realize that no matter what adversity life throws at you, and no matter how unfairly and poorly you are treated, it is still possible to be gracious, rise above it, and move on. Ultimately you can become a stronger person for the experience and end up at a better destination than the one you started out for.