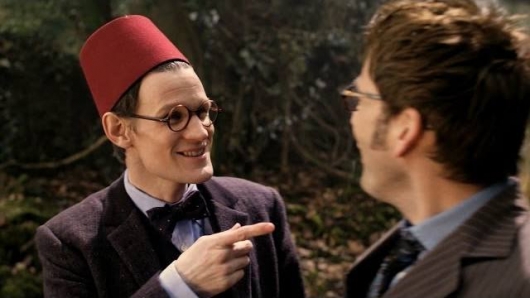 I saw an encore screening of The Day of the Doctor at the Brixton Ritzy today (Sunday 24 November) and I thought I would post a very quick and personal reaction to it.

For me, Doctor Who has always been primarily about the character and the personality of the Doctor - that is what draws me in and keeps me watching. The Doctor is by far and away the most important aspect of Doctor Who for me, not the science fiction, not the science, not the monsters and villains, and not the travelling companions. I have never really understood the science that goes on in Doctor Who nor the scientific explanations that the Doctor provides. And I have traditionally always preferred the historical rather than the futuristic episodes, especially when they are dealing with British history.

The Day of the Doctor episode reinforced for me that Matt Smith is the best ever Doctor Who. Matt is "my" Doctor - he is my favourite Doctor Who. When Matt leaves the show, I will be heartbroken :( 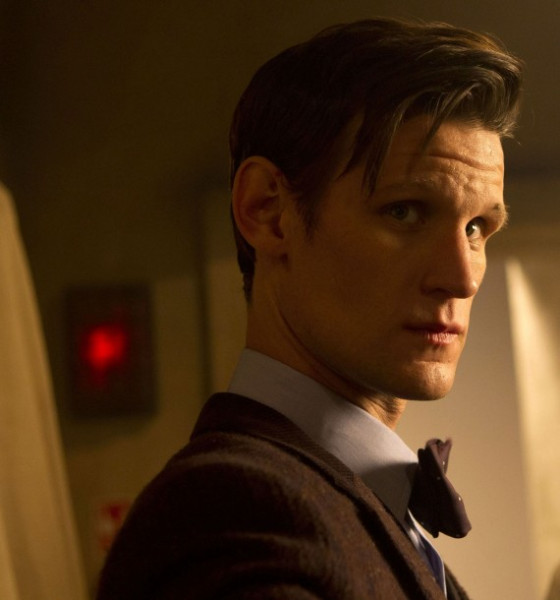 The part that I liked best about this particular episode was the joint introduction to the episode by Matt Smith and David Tennant. It was upbeat and funny - just perfect (I have just realised this intro was only shown as part of the cinema screening - it was not on the televised version). More generally, the highlights of this episode for me were when Matt Smith and David Tennant were sharing the screen, interacting with eachother, and playing off eachother. They had a real chemistry and a real spark, and watching them onscreen together was an absolute joy.

One of the main themes of this episode that I connected with, and related to, was about making choices, taking decisions, and doing the right thing. The very heavy responsibility of living with the choices you make, and the decisions you take, for the rest of your life. Luckily for the Doctor, he can go back and change his mind, mere mortals such as you and I do not have that luxury! Which makes it all the more important that you make your choices carefully, you think long and hard before you make a decision, and you ensure that you are doing the right thing not making things worse, because you will have to live with those choices and those decisions for the rest of your life, and they will be on your conscience and imprinted onto your heart.

I very much empathised with one of the key themes in the episode which was all about the importance of "Home" and how there is no place like home. For the Doctor "home" is Gallifrey, for me it is England/Britain :)

Finally, a small gripe. I personally felt bad that space was not found within the episode for the other Doctors who are still alive and who wanted to be a part of the 50th anniversary. I realise how difficult it would be to incorporate them all in one episode but I would have liked the writers to use their creativity to find a way of doing so. Tom Baker was privileged with an appearance - I appreciate that many people consider Tom to be the best ever Doctor but I am not in that category! I did not watch the programme when Tom was playing the Doctor out of choice, but I did tune in very regularly for Peter Davison and Sylvester McCoy (I like to be different!).

You can read more about Doctor Who here:
http://www.radiotimes.com/doctorwho
Collapse