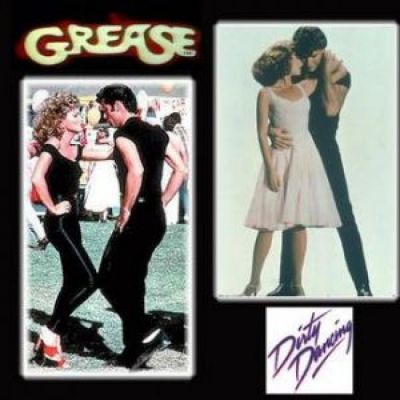 Vada Film Writers now have a Vada Film Club and every fortnight we look at a particular topic/genre and pick our favourites. A few weeks ago, the Vada Film Club looked at Scores and Soundtracks and I chose Grease and Dirty Dancing.

I have chosen two films – one is an out-and-out musical, and the other might as well be! I spent my teens listening to both soundtracks non-stop, whilst perfecting my dance moves. Both films are love stories and are set in the same era – late 1950s/early 1960s.

Both films are modern-day versions of Cinderella – the ultimate wish fulfillment – but the reason why I love both films is because both soundtracks are filled to the brim with the most amazing songs that you can have the time of your life singing and dancing along to at home!

You can read the Vada feature on Scores and Soundtracks here to see what other Vada film writers chose as their favourites:
http://vadamagazine.com/28/09/2013/entertainment/film-club-soundtracks
Collapse