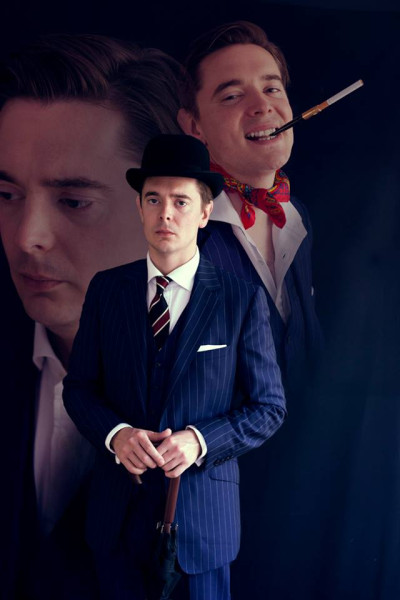 This feature was first published in Vada Magazine here:
http://vadamagazine.com/18/10/2013/arts/act-review

The Act is a one-man show exploring the lives of gay men in England in the 1960s, prior to the Act which partially decriminalised gay sex in 1967. It is one of the most individual, innovative and unique shows I have seen in a long time, with a pitch-perfect performance from Matthew Baldwin.

It takes you back in time to experience the life of a gay man in London in the 1960s and makes you understand and appreciate how far LGBT rights have progressed, how far the LGBT community has come, and how much attitudes and laws have changed in the last 50 years.

The Act explores the lives of gay men in England in the 1960s, focusing on the decriminalisation of gay sex in 1967, and draws on personal anecdotes, verbatim House of Commons speeches, and song. The Act is a one-man show created by Thomas Hescott (Director) and Matthew Baldwin (Performer). It is one of the most individual, innovative and unique shows I had seen in a long time.

The Act refers to the Sexual Offences Act of 1967 which partially decriminalised gay sex in England and Wales by permitting homosexual acts in private between two men if they both consented and were aged 21 or over.

Being a one-man show, the production relies heavily on the Performer, Matthew Baldwin. I thought Baldwin was simply superb and this is an amazing tour de force. Baldwin brings a whole host of characters to life over the course of the production, and I admired the quick and frequent switches from one character to another. There were no costume changes but each character study was so detailed and finely drawn that you were never in any doubt who Baldwin was playing at any given moment in time. Baldwin also performs a range of songs which add real colour and life to the production. A performer has to have both charisma and a certain je ne sais quoi to hold an audience rapt for 75 minutes and Baldwin was able to do so effortlessly.

The production opens and closes in the present day; today’s world frames the play. This device is very effective in highlighting how much progress has been made on LGBT rights in England in the last 50 years and how much has changed in terms of laws and attitudes towards LGBT people.

There is a great deal of humour and laugh out loud moments in the piece. I particularly appreciated the opening prologue about “super gays” with perfect lifestyles, working in events and PR, Patrons at the Royal Opera House, mentoring underprivileged fatherless young men, and hosting dinner parties featuring recipes from the latest Ottolenghi cookbook!

The production brought home the reality of life as a gay man in London in the 1960s prior to The Act by focusing on the story of one particular individual, Matthews. Matthews is an ordinary civil servant, a small cog in a big wheel, and one day on a whim he decides to try a different route home, taking a detour via Soho. There he discovers gay bars, the queer community, and cruising for gay sex. Excited, he writes to his mother about all the new friends he has made, and the new community to which he feels he belongs and which he can call home. The fact that this is an underground community, a criminal underground world, hidden in the dark away from prying eyes, and the furtive and illicit nature of the sexual encounters, were all strongly emphasised.

Soon after discovering London’s gay nightlife, Matthews meets a younger man, of a lower class, and they start a relationship. They meet regularly and he introduces his new friend to the opera (although he fails to tell him how long an opera runs on for!). Matthews falls in love and he is happy. He dreams of the life they could have if they could find a way of being, and living, together. His drab and dreary world opens up with new and exciting possibilities. Then his world comes crashing down as his “crime” is found out and he is prosecuted for gross indecency.

Sections of his ensuing trial are acted out in the production, and I found this very powerful, moving and, ultimately, heart-breaking. Matthews had only engaged in consensual adult sexual activity – how could that be a “crime”? He was made to read his love letters out in court, and I cannot think of anything more humiliating and intrusive. The hateful term “invert” was used against him, he was found guilty, and his name and his reputation destroyed. His life was in tatters and all because he had the audacity to try and find same-sex love in a society where that was not permitted.

As well as telling the particular story of one individual, the civil servant Matthews, the production explores public attitudes to homosexuality at this time by looking at the discussions on homosexuality that took place in Parliament, and in wider society, as the Act was developed and debated. Homosexuality was not a “disease” and therefore not suitable for medical treatment; there was no “cure”. It was more like a disability.

Homosexuals were stereotyped as effeminate, exhibitionist, and depraved, and homosexuality was widely believed to be a sin, against nature and against God’s word. Most people believed homosexuality was an undesirable lifestyle, which could only lead to frustration, loneliness and unhappiness because you would not be able to form a stable long-term relationship. No one believed it was possible to lead a fulfilled and happy life as a homosexual.

It was interesting to hear the main reasons why Parliament agreed in 1967 to accept the Wolfenden Committee’s recommendations and decriminalise homosexuality. It was argued that homosexuals, given that they did not choose to be homosexual, deserved society’s compassion not its contempt; and it was on this basis that both the main Churches, Anglican and Catholic, supported the Wolfenden Committee’s recommendation for decriminalisation. In Britain, the State should not be interfering in private acts - that was too much like Big Brother, which was not in keeping with Britain's traditions or culture. The Attorney-General presented figures that almost 90% of the blackmail cases crossing his desk had a homosexual aspect/angle. The criminalisation of gay sex placed a significant burden on police forces, forcing them to engage in dubious acts, and the existing laws were unenforceable.

Those opposed to the decriminalisation of gay sex argued that, by relaxing the laws of the land, you were condoning and encouraging homosexual acts and activity. It was the duty of the Government to provide moral leadership to its people and decriminalisation should be firmly opposed. Another argument put forward was that if you decriminalised gay sex, homosexuality would spread. These arguments, sadly, continue to be heard in many parts of the world today.

I found the mix of one individual’s very particular story, with discussions and debates about homosexuality carried on in Parliament and amongst the general public, a powerful combination. Adding in the songs, to add fun and zest to the production, really enriched the stories and the narratives. Finally the occasional intrusion of the contemporary world showed how much attitudes and laws (Equal Marriage legislation) have changed in England over the last 50 years.

Finally, given I am writing this for Vada, I should mention that the production uses a lot of Polari. Polari is the language of the gay subculture, originally used as a means of clandestine conversation amongst homosexuals at a time when homosexuality was illegal. It was the first time I had heard a lot of Polari used and spoken with real enjoyment and relish. And our very own “Vada” features in the production!

In summary, this is a very individual, innovative and unique production, with a pitch-perfect performance from Matthew Baldwin. It takes you back in time to experience the life of a gay man in London in the 1960s and makes you understand and appreciate how far LGBT rights have progressed, how far the LGBT community has come, and how much attitudes and laws have changed in the last 50 years. Highly recommended.

The Act runs until 26 October at Ovalhouse, playing Tuesday to Saturday at 8pm. 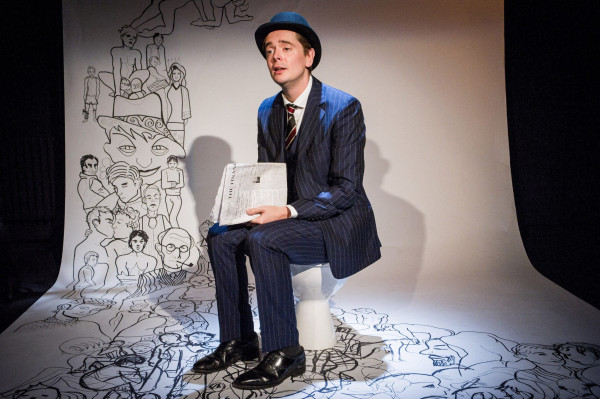