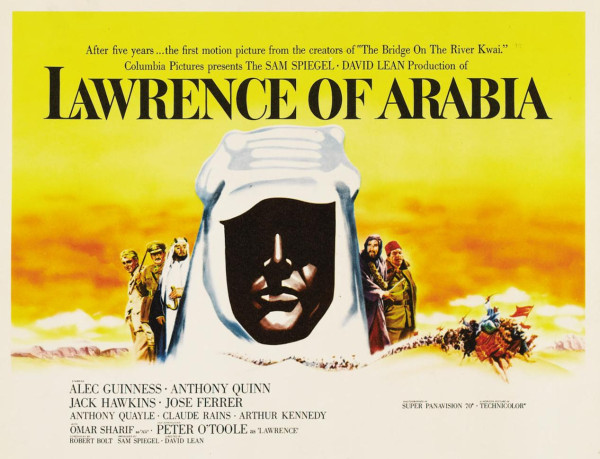 Vada Film Writers now have a Vada Film Club and every fortnight we look at a particular topic/genre and pick our favourites. Last week the Vada Film Club looked at biopics and I chose my own personal real life heroes - Lawrence of Arabia, Gandhi and Milk.

I have chosen to write about three biographical films which feature my own personal real life heroes from the 20th century, and they are Lawrence of Arabia starring Peter O’Toole and directed by David Lean, Gandhi starring Ben Kingsley and directed by Richard Attenborough, and Milk starring Sean Penn and directed by Gus Van Sant.

All three films document the very high personal price paid and sacrifices made for the cause by the three individuals. Tragically, all three lives were cut short – Lawrence due to an accident/suicide, and Gandhi and Milk were assassinated. That is our loss.

You can read the full Vada feature here:
http://vadamagazine.com/12/10/2013/entertainment/film-club-4-biopics

The trailer for Milk: