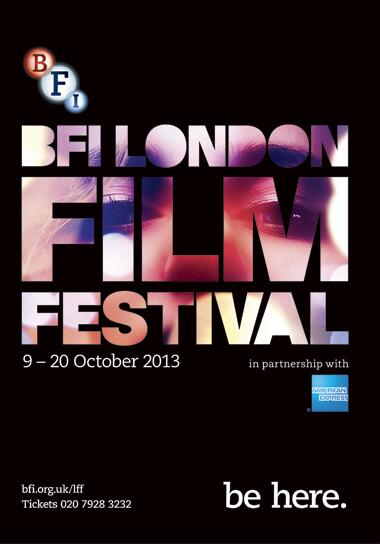 The 57th BFI London Film Festival opens today (Wednesday 9 October). You can browse the full line-up of over 300 features, shorts and events that are taking place in venues across London here:
http://www.bfi.org.uk/lff

And a digital version of the Festival brochure is available online here:
http://www.emagcloud.com/bfi/BFI_London_Film_Festival_2013_Programme/index.html

I am booked to see 7 films in total and they are listed below in the order in which I am seeing them:

The Double: Jesse Eisenberg finds his world turned upside down by the arrival of a confident and ambitious doppelganger in Richard Ayoade’s latest curiosity.

Omar: A white-knuckle thriller that sees a young Palestinian try to evade the Israeli security services while earning the love of his girlfriend.

The Kill Team: A sensitive, shocking exploration of US war crimes in Afghanistan, focusing on the whistleblower who brought murder to light.

Tom at the Farm: The latest from Canadian wunderkind Xavier Dolan follows a young man who finds himself embroiled in a dangerous game of deception.

May in the Summer: Comedy about the travails of a Christian Arab-American writer and her attempts to marry her Muslim boyfriend against her mother’s wishes.

Night Moves: Dakota Fanning and Jesse Eisenberg shine in a thriller that combines cinematic lyricism with an astute exploration of radical environmentalism.

Bring it on!
Collapse