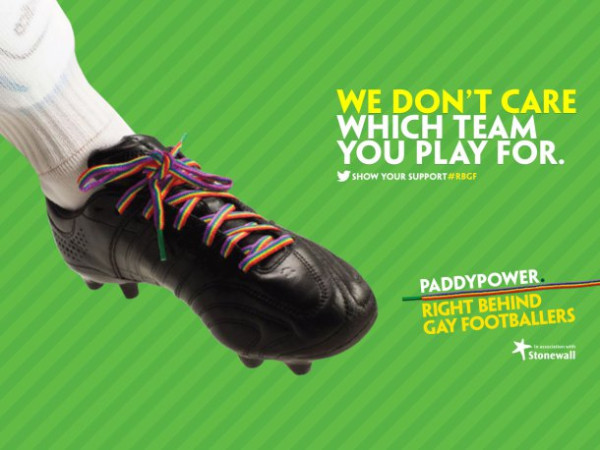 I am making this blog post because I support the Stonewall and Paddy Power campaign against homophobia in football, Right Behind Gay Footballers #RBGF. Despite what others may think or say, I think it is a great campaign :)

Paddy Power has teamed up with Stonewall to send rainbow laces to every footballer across all 134 professional clubs in the UK.

Why?
So they can show their support for gay players. We’re challenging them to lace up during their matches on the weekend of 21 and 22 September. We’re hoping that this simple message of support can kick start something bigger and help drag football in to the 21st century.

Will laces make a difference?
We know it might seem a bit odd but we will try anything to make the game a better place for gay players and fans. Laces might not end homophobia but it’s not a bad place to start.

What you can do

We know that it’s the fans that have the real power to change football for the better. Want to help?
- Contact your premier league club and ask them to lace up.
- Join the debate on Twitter by using #RBGP (Right Behind Gay Footballers).
- Share our ‘Some Footballers Are Gay. Get Over It!’ images on social media.

You should also:
- Report homophobic chanting whenever you hear it.
- Challenge homophobic language and behaviour on the pitch if you play for a local team. 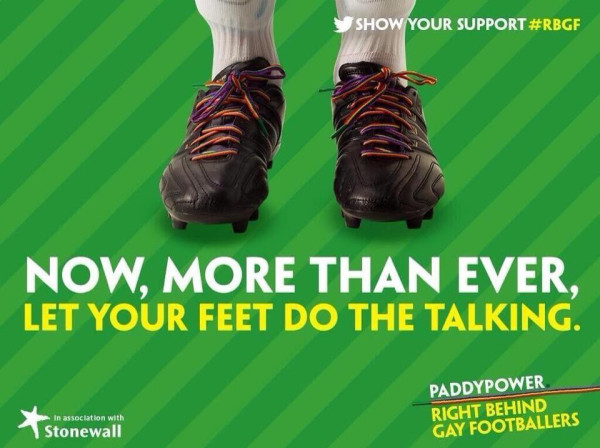