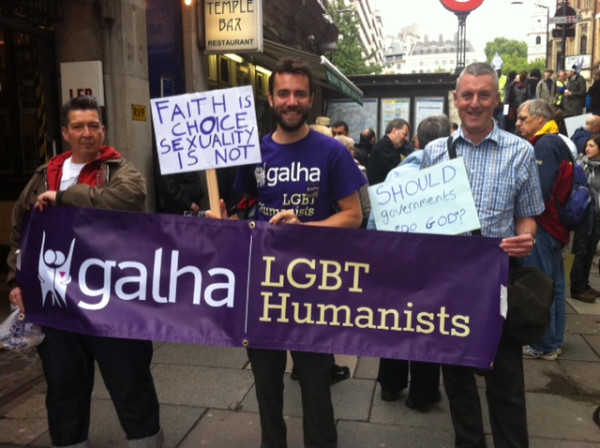 GALHA (LGBT Humanists) at the start of the March, outside Temple Tube
Photographer: Rakshita Patel 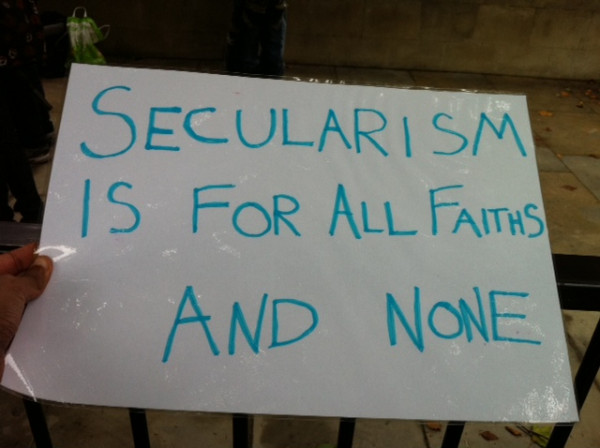 The Placard I proudly carried on the March
Photographer: Rakshita Patel

I decided to join the Secular Europe Campaign's annual march and rally because, although I am a Christian, I do not believe that religion should have a privileged place in State and Society. State and religion should be separate; they should not be intertwined. I believe that is very important if we are to have a flourishing Western liberal democracy. A Secular Britain (the separation of the Church and the State) is the best way to safeguard and protect everyone's freedoms and civil liberties.

Cut and pasted from the National Secular Society Website:

The Secular Europe Campaign promotes:
- freedom of religion, freedom of conscience and freedom of speech
- state neutrality in matters of religion and belief
- women's equality and reproductive rights
- equal rights for LGBT people in all the European Union
- one law for all, no religious exemptions from the law
- a secular Europe – democratic, peaceful, open and just, with no privilege for religious or belief organisations

The Secular Europe March. Be seen, be heard, be Secular! Equal rights for all! 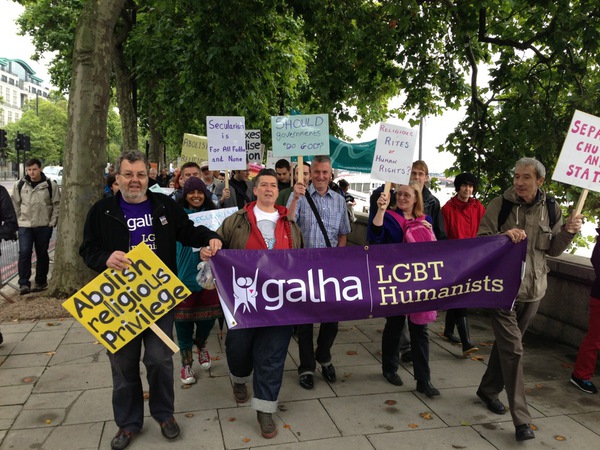 GALHA (LGBT Humanists) contingent (including me!) on the March
Photographer: GALHA
Collapse