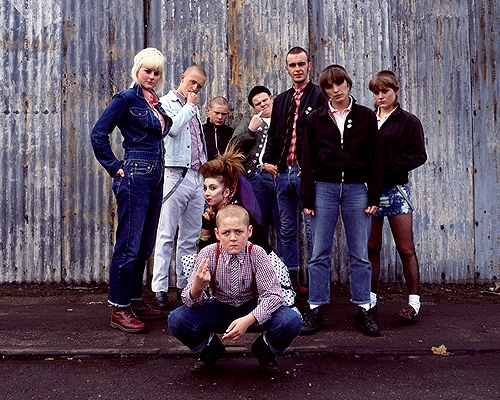 My 12th feature for Vada Magazine was a review of the film This Is England, which looks at the life of a young boy, Shaun, growing up in Thatcher's Britain in 1983, and how and why he is drawn to a gang of skinheads. It examines what makes a skinhead and is based on the real-life experience of the writer and director Shane Meadows. It is a very powerful film, which deeply affected me and moved me, and it explores the importance of friendship, community and identity.

My feature in Vada Magazine can be found here:
http://vadamagazine.com/13/09/2013/entertainment/england-review

This Is England – Review

I had wanted to see This Is England for a very long time, but I only got around to seeing it this year because I was not sure what I would make of it, or how I would feel about it, given that it is a film about a gang of English skinheads. However the film took me completely by surprise – it was genuinely one of the most powerful films I have seen and it moved me deeply.

The film has a very clear historical, geographical and cultural specificity – we are in the North of England, in 1983, in Thatcher’s Britain. Yet there are clear parallels to today – the Tories in power, global recession, unemployment, and the rise of the National Front (then) and the BNP/EDL (now).

The film opens with a montage of images that vividly conjures up the eighties including Roland Rat, Mrs Thatcher, Space Invaders, the Rubik’s Cube, the Royal Wedding (Charles and Diana) and the Falklands War. We are in England, in Thatcher’s Britain, at a time when the rich got richer, the poor got poorer, and those at the bottom of the ladder truly suffered.

This Is England focuses on Shaun and his story and opens in July 1983 on the last day of term. Shaun is an 12 year old boy, an only child, living with his mum, and his dad has been killed in the Falklands War.

Shaun makes his way into school where he is bullied and picked on because of his flared trousers and ends up getting into a fight when an older boy makes a cruel joke about his dad. He winds up in the Headmaster’s office and leaves school despondent, feeling very much alone, and missing a father figure in his life.

On his way home Shaun chances upon a gang of skinheads, led by the friendly and welcoming Woody. They listen to him, sympathise with him and his problems, and invite him to join their gang. Shaun does so, joins in all their escapades, including some mindless acts of vandalism, and has fun. At last, he has found a family and a community; people who care about him and will look out for him. After a day spent hanging out with Woody’s gang, Shaun thanks them all saying “it’s been the best day of my life”. He becomes an integral member of the gang, adopting the look (skinhead) and the uniform (boots, shirt, braces), which give him an identity. So far, so good.

I have to say at this point that I loved some of the comic touches in this early section of the film. The scene where Shaun and his mum go to a shoe shop – Shaun with his heart set on a pair of Doc Martins, and his mum with her heart set on some sensible school shoes – is just superb.

The film has a key turning point, occurring about a third of the way into the film when the leader of the gang, Combo, returns after a stint in prison, and everything changes. The fun-loving happy-go-lucky days of Woody are over, and Combo brings with him menace, violence, nationalism, and racism. The tone of the film, and Shaun’s journey, changes from a happy carefree summer holiday adventure to a journey which will prove to be dark and disturbing.

About halfway into the film the leadership of the gang is contested, when Combo and Woody argue over the gang’s direction, and the gang splits. Shaun chooses to stay with Combo rather than leave with Woody because he wants to make his dad proud. That sentiment quite broke my heart.

Combo now takes over from Woody as being the dominant male influence in Shaun’s life and he leads Shaun down the paths of nationalism, racism and violence. There are several scenes in this section of the film that sent shivers up and down my spine and struck terror into my heart. They included the gang threatening and assaulting three Muslim boys playing football; holding up, stealing from, and smashing up the local Pakistani shop and attacking the Pakistani shopkeeper; and attending a National Front Rally. “Queer”, “Paki”, and “Nigger”, all hateful terms of abuse, are thrown around freely and easily by Combo’s gang members, as well as being spray-painted onto buildings and walls.

Shaun’s story – that of the young impressionable innocent, caught up in this menace and violence, looking for a father figure and corrupted by Combo’s influence – is truly touching and moved me profoundly.

Combo is a complex three-dimensional character, not a pantomime villain, and has elements of light and shade. Combo has lacked love all his life. He loves Lol but she rejects him outright, wounding him deeply. Combo describes the night they spent together as the best night of his life; yet Lol says it was the worst night of her life, and makes it crystal clear that there can never be anything between them. Later on, in one of the final scenes, Combo’s latent violence comes to the fore when he hears about Milky’s extended family and contrasts it with his own sad and lonely life. The film gave real depth to Combo’s character and allowed me an insight into Combo’s psyche and why he thinks and behaves in the ways that he does.

The film climaxes with an incredibly powerful scene. What is missing from Combo’s life (family and love) is highlighted as Milky speaks about his own extended family with love and affection. All the inner hurt and anger bottled up inside Combo come to the fore and we see first-hand what happens when that violence is unleashed. The scene is shocking and brutal.

That particular incident has real consequences for Shaun who is truly shocked and horrified by what has happened. He makes a decision to change course at that point. He takes the St George’s Cross flag, of which he was so proud, something that he got for Combo, that formed the centerpiece of the gang’s hideout, and which was a key part of his identity, and throws it into the sea. That period of his life is over. 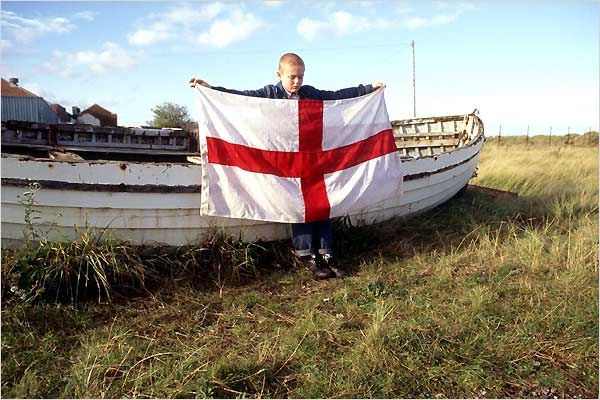 One of the film’s key themes is the importance of having friends, a family, and being part of a community – the importance of having people who care about you and look out for you. The real human need to have these things, and how isolating and lonely it can feel when you don’t have them. The film explored (through Combo’s character) the real and damaging impact of not having these simple things can have on your character and on your soul, and the destruction and violence that that loss can cause.

The film is incredibly powerful – it is shocking and moving and it really affected me. You get a real sense of the people, the community, and that specific moment in time. It is based on writer-director Shane Meadows’ own personal experiences and I think that is why the film feels so real and true and why it is so strong. The ensemble cast is exceptional, especially the three male leads – Shaun (Thomas Turgoose), Woody (Joseph Gilgun) and Combo (Stephen Graham) – and all the characters are believable and have real depth. The film, its story, and its characters will stay with me for a very long time. Highly recommended.

This Is England was written and directed by Shane Meadows, released in 2006, and is now available on DVD.

There are two follow-up films/mini-series: