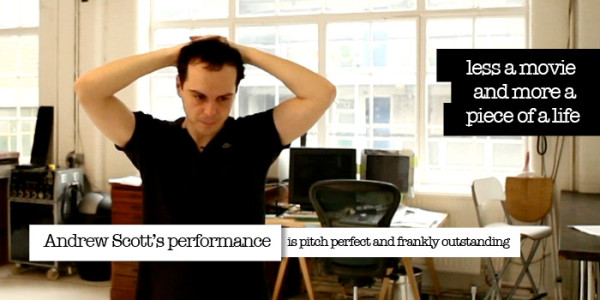 Things for Alex are good. He loves his wife, his daughter, his city, his job. But sometimes the force of life can crash against you. Sometimes everything you thought you could always depend on can be taken away.

Sea Wall is a story about family, fear and the things that can’t be undone.

Performed by Andrew Scott, who recently won a BAFTA for playing Moriarty in the BBC's Sherlock, and written by Simon Stephens whose previous plays include Port and The Curious Incident of the Dog in the Night Time (National Theatre).

If you are not able to get to the National Theatre, or to get tickets for this current run, Sea Wall is also a short film. You can watch the trailer, rent and buy the film. Follow the link below to the film's official website (which is very good and worth exploring if you just want to learn more about the film):
http://www.seawallandrewscott.com/
Collapse