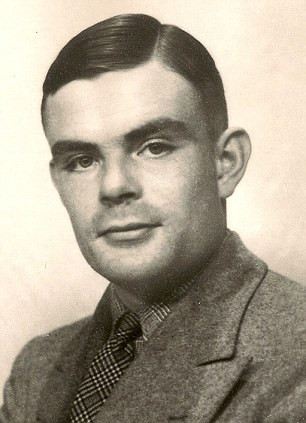 This week, I wrote a bonus feature for Vada Magazine about the passage of The Alan Turing (Statutory Pardon) Bill through Parliament and the need to commemorate Alan Turing's life and achievements.

My feature in Vada Magazine can be found here:
http://vadamagazine.com/22/07/2013/opinions/alan-turing-posthumous-pardon

Alan Turing (1912-1954) is widely recognized throughout the world as the father of computer science and artificial intelligence. For me, Turing was a hero and a genius. A hero because he made a very significant contribution to Britain winning World War II by cracking the Enigma Code, and a genius because he invented modern computers (the Turing machine is a model for a general purpose computer).

But Turing had a very tragic end to his life. He was a homosexual and was prosecuted for “gross indecency” in 1952. Homosexual acts were illegal in Britain at this time. Turing was convicted and underwent a chemical castration to avoid going to prison. In 1954, just two years later, he committed suicide by taking cyanide at the relatively young age of 41.

There has been a campaign in recent years for Turing to be granted a posthumous pardon by the British Government.

In May 2013 Lord Sharkey, a Liberal Democrat Peer, introduced a private member’s bill – The Alan Turing (Statutory Pardon) Bill – to the House of Lords to grant Turing a statutory pardon.

“Alan Turing was a truly great Briton. He was the father of computing; his legacy is with us every time anyone uses a computer anywhere in the world.

“He also helped save this country. His work on cracking the Enigma Code at Bletchley Park during World War II undoubtedly changed the course of the war and saved many thousands of lives.

“But instead of being rewarded by his country, he was cruelly punished and convicted simply for being gay.

“If my Bill becomes law, as I hope it will, then this will finally go some way towards acknowledging the debt we all owe to Alan Turing and grant him the free pardon he so clearly deserves.”

If the Bill goes through, Turing will be granted a full posthumous parliamentary pardon.

I agree with everything Lord Sharkey says. I think Prime Minister Gordon Brown’s apology in 2009 is not good enough, a full pardon is the least the British Government can do, and I think Turing’s work and his legacy deserve to be commemorated and celebrated in other significant ways, like having Turing on the £10 note or having a statue of Turing in an important public space in London.

The full posthumous parliamentary pardon, which now looks likely to be granted, will be an important first step in Britain, finally attempting to make amends for the wrongs done to him by the British State purely because of his sexuality. In the future, I would like Britain to go the extra mile and find significant ways to properly commemorate and celebrate Turing’s life, his work and his legacy.
Collapse