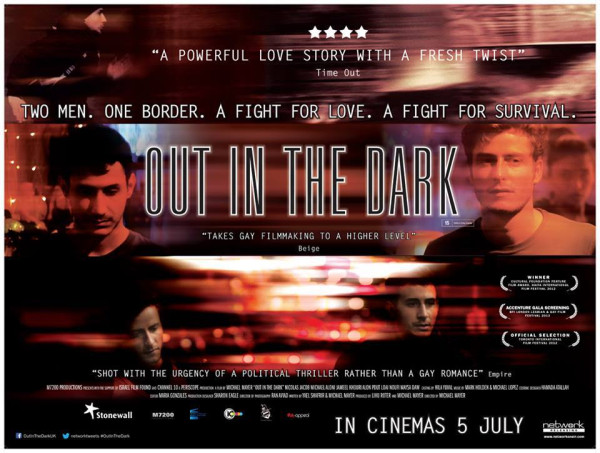 I am proud to announce that I have joined the writing/contributing team of Vada Magazine.

Vada describes itself as:
"Vada Magazine offers a new perspective, an alternative way of looking at things. Focused on the issues other magazines might not cover, or presenting the angles that others don't. We aim to be honest; we aim to encourage independent thought. Most of all, we aim to be fabulous!"

My inaugural feature appeared on Friday and it is a review of "Out in the Dark", a film I was privileged to see during the London Lesbian and Gay Film Festival in March 2013. Out in the Dark has an advance preview screening today at the Hackney Picturehouse Cinema and will be out in selected cinemas across the UK this Friday (5 July).

Out in the Dark is a powerful and moving intense Palestinian-Israeli gay love story and exciting thriller, with a political backdrop, and the power to change hearts and minds. My review in Vada Magazine can be found here:
http://vadamagazine.com/28/06/2013/entertainment/out-in-the-dark-review

Out In The Dark – Review

Out in the Dark, a very powerful Palestinian-Israeli gay love story turned exciting thriller, opens in selected cinemas across the UK next week.

The film is Michael Mayer’s directorial debut, showcasing the talents of its two leads, newcomers Nicholas Jacob (playing Nimr, a Palestinian Arab student) and Michael Aloni (playing Roy, an Israeli Jewish lawyer). I was lucky enough to see Out in the Dark in March 2013 as part of the BFI London Lesbian and Gay Film Festival where it screened as the Accenture Gala Film.

The film is essentially a gay love story across barriers, but is capable of reaching out to all with the power to change hearts and minds. It is a profoundly moving tale of the love that dare not speak its name, between a Palestinian and an Israeli who meet in a Tel Aviv nightclub. The film explores the trials and tribulations that follow from this fateful meeting.

The love story is very powerful and both lead actors are exceptional. The instant spark and attraction, and the growing and deepening love between the two men, is entirely believable. You invest in the fact that both men would pay a heavy price to be together. But as well as being a powerful love story, the film is also a fast-paced and exciting thriller. It grips you by the scruff of the neck at the start and refuses to let go. It has an unrelenting pace and energy that runs throughout the film.

The focus is very much on personal stories, and in particular the stories of the two leads, and their friends and families. Set against the political backdrop of the Palestine/Israel Middle East conflict, there are many stories to tell. All of the scenes are beautifully observed and captured. I was very moved by the scene where Roy brings Nimr home to meet his parents, where the internal politics and dynamics within a family are brought to the fore. I was then really upset by the scene where Nimr’s family find out that he is in a gay relationship and by their reaction to the news. It was depressing, shocking and quite simply heart-breaking.

Out in the Dark blends the personal with the political. It introduces the political sphere by looking at how the politics of the region impacts on the lives of the two leads, their love, acceptance, and the lives of their friends and families. In doing so, it makes Middle Eastern politics accessible and engaging to a wide audience on a more intimate level.

By exploring the characters’ daily lives you get a real insight into the politics of the region – the permits required by Palestinians to access Israel, the Palestinian fight back / “terrorism” against the Israelis, LGBT Palestinians having to flee their homeland if they are “outed” to their family and community, their subsequent fight for asylum, what happens to those deemed to be “Israeli collaborators”, and the work of the Israeli Security Services. The ending is left deliberately open so it is ultimately up to the viewer to decide the fate of the lovers after they experience all these barriers.

There is a lot of politics in the film and potential for cliché, but because the focus is the personal, it is accessible and never feels too heavy. The Palestinian attitude to LGBT people on show saddened me. The film has yet to be shown in Palestine, presumably because of the “controversial” content – the fact that it features a gay Palestinian man.

Ultimately, Out in the Dark is a much needed and powerful, international queer film. Stonewall has partnered with the UK film distributor, Network Releasing, and there will be an advance preview screening of Out in the Dark on Monday 1st July at 8.30pm at the Hackney Picturehouse.

The preview screening will be followed by a discussion with one of the film’s leads, Nicholas Jacob, Guardian columnist Charles Gant, and Stonewall’s International Officer Jasmine O’Connor. Out in the Dark then opens in selected cinemas across the UK, including Cineworld Haymarket, on Friday 5th July. 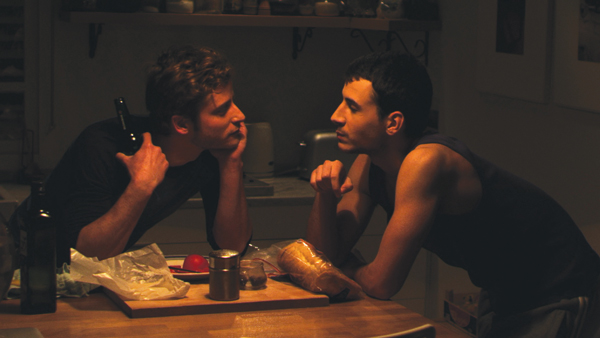 The Stonewall Press Release about the film, and its partnership with the film's UK distributor, can be found here:
http://www.stonewall.org.uk/media/current_releases/8907.asp
Collapse