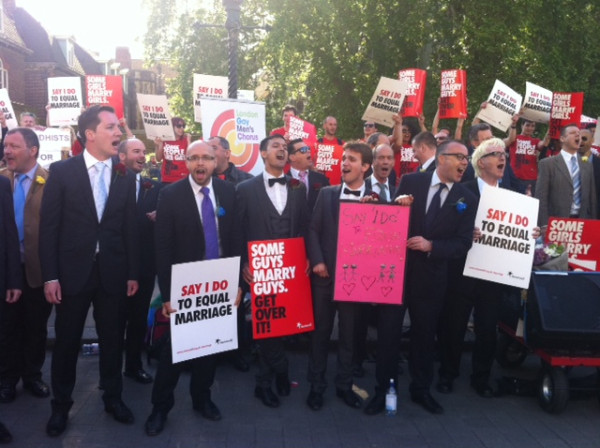 This Monday and Tuesday (3 and 4 June), the House of Lords debated and voted on the Equal Marriage Bill - or the Marriage (Same Sex Couples) Bill to give it its official title.

The Equal Marriage Rally on Monday featured the London Gay Men's Chorus who turned the rally into a carnival, a feast of song and dance and there was a real party celebratory atmosphere. It was inspiring and I loved it! In fact, it was one of the most inspiring, uplifting and fun rallys/demos/protests I have ever attended.

You can read all about it and watch a short video of the London Gay Men's Chorus performing here on Gay Star News. I was the reporter :)

The rally on Tuesday was tense. There were equal numbers of pro and anti gay marriage supporters and early indications had the vote on a knife edge.

You can read all about it here:

Landslide vote for gay marriage in House of Lords:
http://www.gaystarnews.com/article/landslide-vote-gay-marriage-house-lords040613

I wanted to be there when both the Commons and the Lords voted on Equal Marriage. I was there. The Lords vote - the fact that it was so OVERWHELMING - the size of the majority - overwhelmed me. For reasons far too complicated to explain in a blog, it restored my faith and my belief in British Parliamentary Democracy because the Lords had done the right thing. That was truly amazing and mind-blowing.

The following day, Wednesday 5 June, due to the overwhelming support that the Equal Marriage Bill had among the British people, and in both Houses of Parliament, the Church of England dropped its opposition to the Bill. That was a real miracle.

You can read all about it here:

What happens next?
The Bill now goes to Committee stage in the Lords on 17 and 19 June. 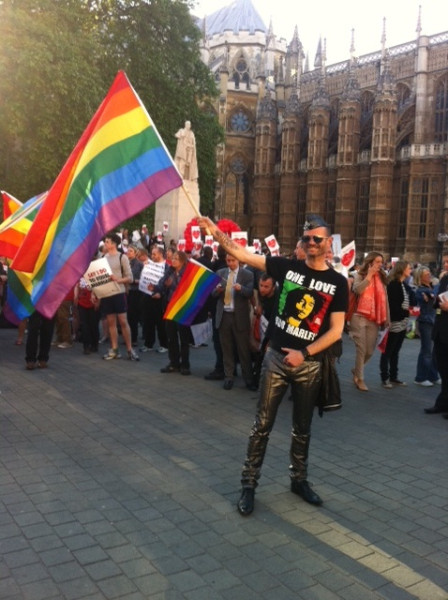