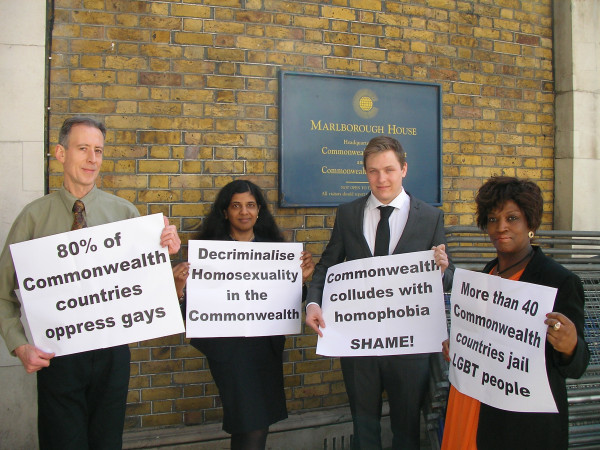 The Commonwealth, whose titular head is Queen Elizabeth, has 54 member states but 43 of them criminalize homosexuality – that’s a majority of the 79 countries worldwide where it is illegal to have gay sex.

Those at the meeting discussed how the Commonwealth can best advance lesbian, gay, bisexual, transgender and intersex (LGBTI) human rights – and work with other organisations to achieve this.

‘While some progress is being made, it is painfully slow. More reform is needed urgently.

The recently intensified state-sanctioned homophobic repression in Zambia, Uganda, Cameroon, Nigeria and The Gambia is a worrying trend.’

Tatchell believes the best chance of success is for countries to use the non-discrimination clauses of their own constitutions and human rights conventions they have already signed to inspire change.

‘That’s why it is so import to empower and support indigenous LGBTI and human rights defenders,’ he said.

Read more about the meeting here:
http://www.gaystarnews.com/article/call-rights-43-gay-sex-crime-countries250413 (this is the full article)
http://www.petertatchellfoundation.org/commonwealth/commonwealth-progress-more-reform-needed
Collapse