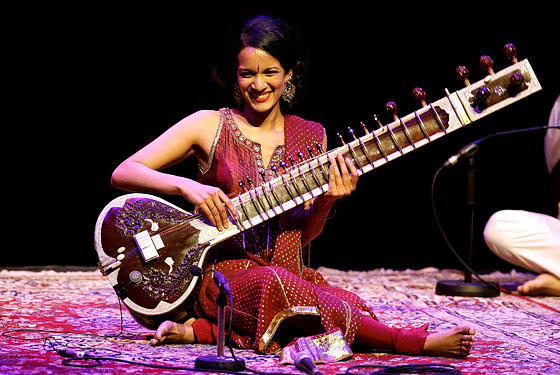 The only artist in the world to be trained completely by her father, Ravi Shankar, Anoushka Shankar is carrying forward his legacy while carving out for herself a much-acclaimed solo career.

Having accompanied Ravi Shankar at many concerts from the age of just 13, she has also shared the stage with many of the world's top artists, including Sting, Madonna, Nina Simone, Herbie Hancock, Elton John, Peter Gabriel and James Taylor.

Her latest album 'Traveller' traces the roots of Flamenco music back to Rajasthani gypsies, earning her Songlines Magazine's Best Artist Award (2012) and a nomination for a Grammy Award in the Best World Music Album category.

This performance of 'Traveller' features a special group of Rajasthani dancers accompanying the music.

Just to prove to everyone that I do experience and enjoy art forms other than theatre, tonight I saw Anoushka Shankar live at the Queen Elizabeth Hall.

My reaction to her gig is going to be very short and sweet.

I chose the photo above to illustrate this piece because, although it is not taken from tonight's gig, it really captures and conveys the joy that Anoushka feels in her music and the amount of fun and energy that she brings onto the stage.

Anoushka Shankar was absolutely amazing. Simply out of this world! Bravo!

Her set was totally magical. I was completely absorbed and mesmerised throughout. It was heaven on earth. And you cannot give an artist higher praise than that!

I have seen Anoushka perform live a few times now, and each and every time both she and her musicians have all been simply superb. If you can get to any of her future gigs I would thoroughly recommend that you do!

If you want to get a feel for Anoushka's music I am recommending these three CDs all of which I have:

Anoushka was performing as part of the Southbank Centre's Annual Alchemy Festival. Follow the link for further details on Alchemy:
http://mycroft-brolly.livejournal.com/391484.html

To get a flavour of Anoushka and her music, check this out! 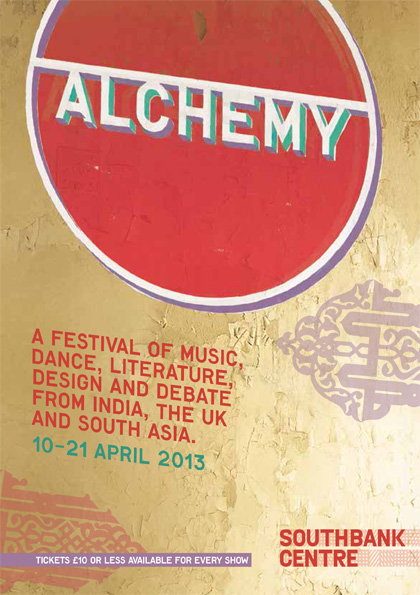 Alchemy is our annual festival of music, dance, literature, design and debate from India, the UK and South Asia. There are dazzling events for everyone including the mighty Susheela Raman, Hariharan, Anoushka Shankar and circus and aerial performance from the Daksha Sheth Dance Company. See rising stars Harshdeep Kaur and Ash King, and Martin Simpson collaborates with Arieb Azhar. As well as the finest music, enjoy fashion, design, talks, film screenings, markets and incredible food from India.