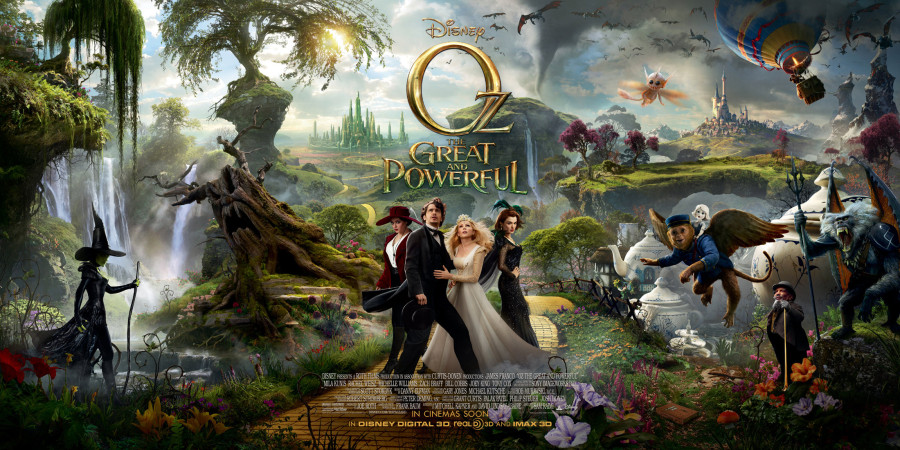 Synopsis Cut and Pasted from the Ritzy Brixton Website:

Oscar (James Franco) is a young, somewhat shady magician working in small-town Kansas who’s accidentally transported to the magical kingdom of Oz. There he meets and swoons over Glinda, a good witch (Michelle Williams), who persuades him to battle a brace of bad witches (Rachel Weisz and Mila Kunis) and right the many wrongs of the kingdom. Despite his doubtful supernatural powers, Oscar reluctantly rises to the challenge, eventually redeeming himself in more senses than one. Backed by Walt Disney Pictures, Raimi’s film employs all the special effects imaginable, and is all the more entertaining for it.

View the trailer here (it gives an excellent flavour of the film):

I just wanted to post a very short and simple reaction to this film.

Being the age I am (early 40s) I am of course very familiar with the original 1939 film "The Wizard of Oz", having seen it countless (and I really do mean countless!) times on the telly over the years. This film is a prequel. It is perfectly possible to enjoy this film as a standalone on its own merits; but if you have seen, and are familiar with, The Wizard of Oz then it adds extra layers of depth to your appreciation and understanding.

As I said, I was looking forward to this film. But it far exceeded my expectations and I was totally blown away by it. I LOVED the story, the characters, the world of Oz, the colours - everything about the film.

My Twitter summary of the film is this:
I absolutely LOVED this! Fab modern take on a much loved classic.

My favourite quote from the film was:
"When we do believe, anything is possible".
This is something that I now believe and the quote very much speaks to my heart.

Thought for the Day:
Greatness vs Goodness - Is it better to be Great or Good?

I am recommending the film very highly to adults, families, and children alike, as I think it is perfect for all these audiences, and is one of those rare gems that can speak to different ages on different levels.

I very much enjoyed seeing women taking a leading role in the film, and I loved the strong women characters in the film - it is dominated by strong independent powerful women. I remembered that when I was a little girl growing up, I always wanted to be a Witch, because they were so strong, independent and - critically - they had a lot of power, including over men! Unfortunately, I have not yet realised my ambition/vocation! 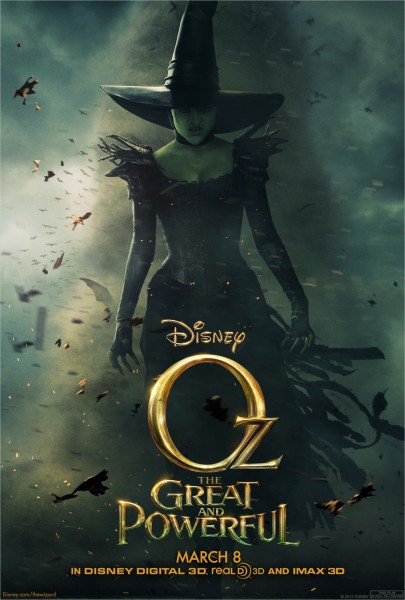 Finally, I wanted to give a shout out to James Franco. I have been following James ever since I was completely and utterly bowled over by his performances in Milk and 127 Hours. I thought he was perfect here as the Wizard, as he ensured that a character who could have been very superficial and shallow was actually given some depth and charm.

I saw the film in 3D. I understand it is also available in 2D. But I think, if you are able to, you should see the 3D version as this is one of the few films that really uses 3D in an intelligent and enjoyable way.

I loved Oz so much I think I am going to treat myself and revisit it on the giant screen at the BFI IMAX in Waterloo.

Update:
Striking whilst the iron is hot, I saw the film on the giant screen at the BFI IMAX today (Saturday 16 March). If you have a choice of an IMAX/normal cinema, I would recommend the IMAX as it makes the film a truly immersive experience - you get to go to the Wonderful World of Oz!
Collapse