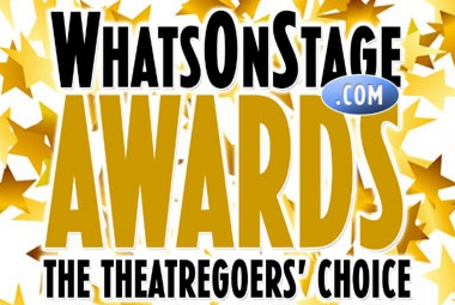 What are the Whatsonstage.com Awards?

The Whatsonstage.com Awards, the “theatregoers’ choice”, are the only major theatre awards in which you, the audience, are the judges across all categories.

A full list of the Winners can be found here:
http://www.officiallondontheatre.co.uk/news/latest-news/article/item171783/sweeney-todd-wins-big-at-whatsonstage-awards/

And the exact results can be found here:
http://awards.whatsonstage.com/results

I went to the Whatsonstage.com Awards Ceremony at the Palace Theatre on Sunday 17 February. I was way up in the Gods in the cheap seats in the Balcony. No one I was backing won anything!

However, these are the comments that I would like to make:

- Best West End Show. Commiserations to War Horse.
- Best Play Revival. Commiserations to A Doll's House, The Judas Kiss and especially Our Boys.
- Best Actor. Commiserations to Luke Treadaway and Adrian Lester.
- Best New Comedy. Commiserations to People and The Last of the Haussmans (both National Theatre)
- Best Shakespearean Production. Commiserations to Timon of Athens.
- Best Ensemble. I really disagreed with this. I really feel very strongly that it should have gone to Chariots of Fire, Our Boys or The Curious Incident of the Dog in the Night-Time.
- Best London Newcomer. Commiserations to Joshua Miles and Lolita Chakrabarti.
- Best Supporting Actor. I REALLY disagreed with Stephen Fry winning this. I saw 4 Twelfth Nights in 2012 and Stephen's Malvolio was the WORST. There was nothing new or fresh in his interpretation. I thought it was BORING! I suspect that many people voted for him because of who he is and that many voting for him had not even seen the production in question.
- Best New Play. Congratulations to The Curious Incident of the Dog in the Night-Time and the National Theatre on their WIN!
- Best Event. Congratulations to Danny Boyle re Olympics Opening Ceremony. However, I do want to take this opportunity to give a special mention to the Globe for its excellent Globe to Globe season (37 plays in 37 languages).
- I REALLY must go and see The Bodyguard. They closed the Awards Ceremony and they set the stage on fire!

Finally, whilst not one of my favourites won anything, I really enjoyed how Rufus Hound and Mel Giedroyc hosted the show - VERY WELL DONE! 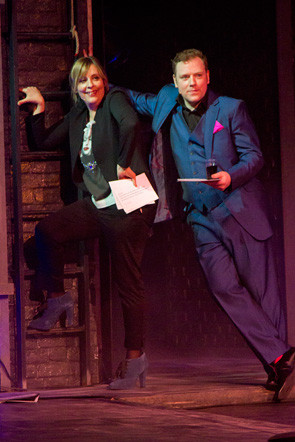