Today (Tuesday 5 February) was a truly historic day in Parliament as the Commons voted overwhelmingly in favour of Equal Marriage.

Whilst the debate took place inside the Commons, supporters of Equal Marriage rallied outside Parliament for love and equality, and to make a visible presence for equal rights against the vociferous homophobic minority.

The Rally was supported by activists from the LGBT groups of the Lib Dem, Conservative, Labour and Green parties; independent, non-party people; and the Peter Tatchell Foundation.

The Rally is reported here in GSN:
http://www.gaystarnews.com/article/gay-campaigners-rally-parliament-right-marry050213

The Vote is reported here in GSN:
http://www.gaystarnews.com/article/house-commons-votes-same-sex-marriage050213

Some choice photos from the Rally: 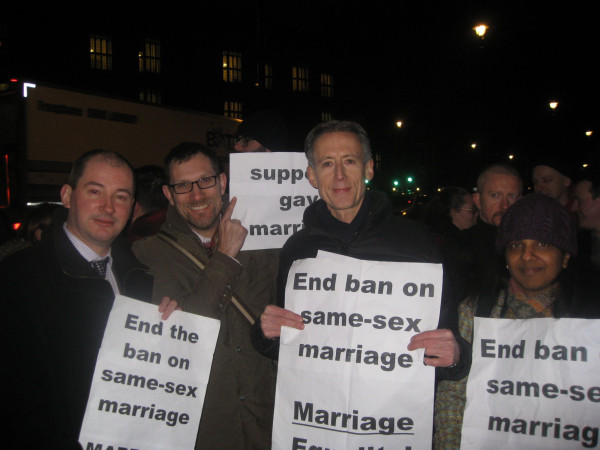 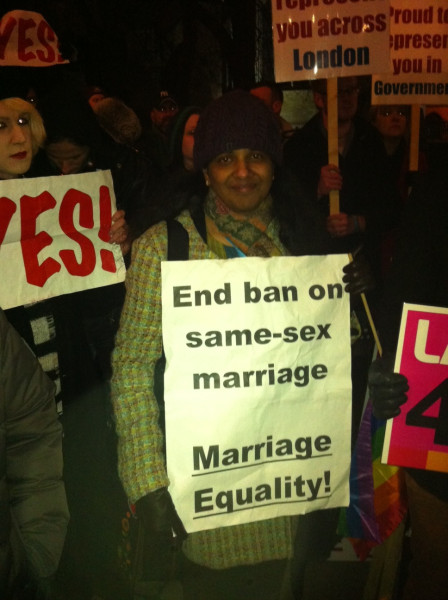