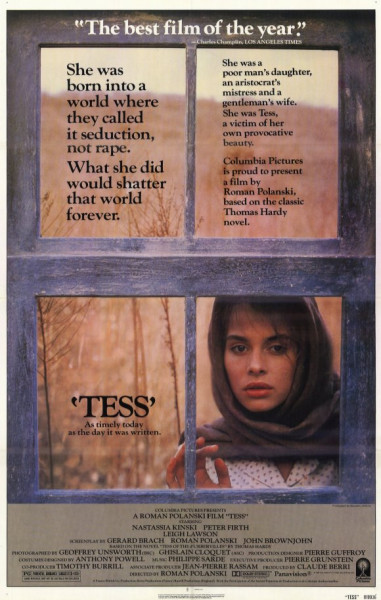 I am re-running this feature as Tess is now screening at the BFI as part of their Polanski Season. The Polanski Season runs in February and there are several screenings of Tess and other Polanski films. Follow the link for all the details:
https://whatson.bfi.org.uk/Online/roman-polanski-february

Tess
Roman Polanski takes on Thomas Hardy in his luminous adaptation of Tess of the D’Urbervilles, with an unforgettable 17-year-old Nastassja Kinski in the tragic title role.

Roman Polanski undertook Tess, in memory of his murdered wife Sharon Tate, when seeking refuge in Paris after fleeing the USA. The adaptation was fraught with problems, ranging from the death of cinematographer Geoffrey Unsworth in mid-production, to appalling weather conditions and the need to recreate the Dorset countryside beyond the UK. It became the most expensive French movie of its time. Yet from these difficulties arose something magnificent. The tragedy of a woman ‘more sinned against than sinning’, Tess sets off at a leisurely pace, then grips the audience midway before reaching its devastating conclusion. Some critics have struggled with it, but the film is as luminous as a Pre-Raphaelite painting and has at its heart an unforgettable performance by the 17-year-old Nastassja Kinski as Tess.

Tess of the D’Urbervilles by Thomas Hardy is one of my favourite novels of all time - I love it with a passion. I studied it for A Level, have read it multiple times since then, and have seen numerous film, TV and stage adaptations. As I know the source material inside out, and love it to pieces, I like adaptations to stay true to the spirit and intent of the novel, which was ground-breaking in its day, documenting the real-life trials, tribulations and dilemmas faced by women living in Victorian society.

I love the Polanski version of Tess because it it so true to the beating heart and the real spirit of the novel. Surprisingly, as it is shot in France not England, the landscapes do look very English and very Wessex, and all the characters are very similar to those that I conjured in my imagination when I read Tess as a teenager for the first time. I think each of the actors in this film embodies the physical, the mental and the emotional characteristics of the characters in the novel. The highest compliment that I can pay to the film is that it does full justice to, and is true to the spirit and intent of, one of the most beautiful, powerful and moving novels in the English language.

I have seen the film before on my television at home (the small screen). What I would have to say is that seeing this on the big screen, in such a beautifully restored new print, is a totally different experience. Breathtaking. 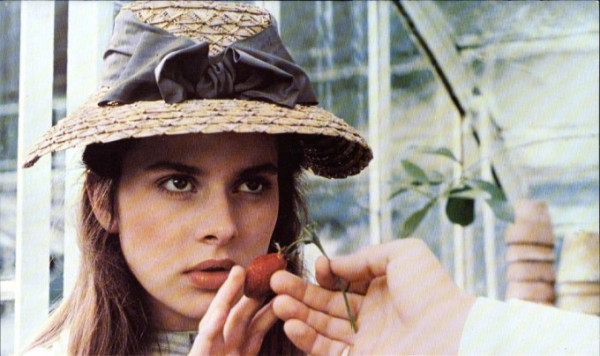 On Wednesday 30 January 2013, I attended an event hosted by the Rotherhithe and Bermondsey Local History Society to commemorate 30 years since the 1983 Bermondsey by-election. My write-up of the event can be found here:
http://mycroft-brolly.livejournal.com/380345.html

The official photos of the event have now come in. This is my favourite: 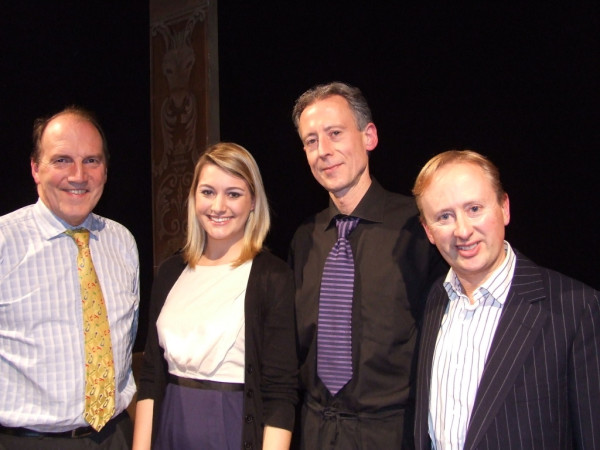 The full set of photos can be found here:
http://s1070.beta.photobucket.com/user/DavidInDeal/library/Bermondsey%20By-Election%20Debate
Collapse