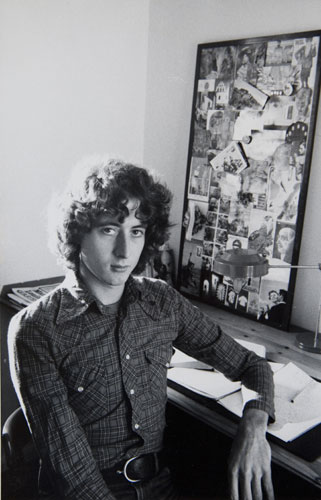 "Don't accept the world as it is. Dream about what the world could be – then help make it happen."
- Peter Tatchell

I would like to wish my beloved Director, Peter Tatchell, a very happy birthday! He is a very special person.

Bringing together over 100 of the most iconic movie costumes from across a century of film-making, it is a once-in-a-lifetime opportunity to see the clothes worn by unforgettable and beloved characters such as Dorothy Gale, Indiana Jones, Scarlett O'Hara, Jack Sparrow, Holly Golightly and Darth Vader.

"Clothes are never a frivolity, they always mean something"
James Laver (1899–1975), first Keeper of the V&A Theatre Collections.

Costume designers are storytellers, historians, social commentators and anthropologists. Movies are about people, and costume design plays a pivotal role in bringing these people to life.

'Hollywood Costume' illuminates the costume designer’s process in the creation of character from script to screen including the changing social and technological context in which they have worked over the last century.

This ground-breaking exhibition includes over 100 of the most iconic and unforgettable film characters from a century of Hollywood filmmaking, 1912–2012.

'Hollywood Costume' takes us on a three-gallery journey from Charlie Chaplin through the Golden Age of Hollywood to the cutting-edge design for 'Avatar' and 'John Carter of Mars':

Act 1 - Deconstruction, puts us in the shoes of the costume designer and illuminates the process of designing a character from script to screen;
Act 2 - Dialogue, examines the key collaborative role of the costume designer within the creative team; and
Act 3 - Finale, celebrates the most beloved characters in the history of Hollywood and the ‘silver screen’.

Follow the link to read all about the exhibition:
http://www.vam.ac.uk/content/exhibitions/exhibition-hollywood-costume/

This should be a very short and sweet review.

I was lucky enough to go along to the V&A on Tuesday 22 January and secure a day ticket for this exhibition. I had always intended to see it but I had left it too late and all the advance tickets were sold out. So I tried my luck on the day and luckily for me I managed to get in!

I have a real passion for film as well as theatre and I thought it would be very special to see first-hand some of the iconic Hollywood costumes that I had grown-up with and that I knew and loved so well. A couple of friends (including

yvaine24), whose opinion I trust, had also been to see the exhibition last year and had recommended it very highly indeed. So I was really excited about seeing the exhibition!

Having seen the exhibition, I have to say that I thought it was Superb and I would give it 5 stars with no hesitation; it far exceeded my already very high expectations!

Obviously, I got a real thrill from seeing some of the truly iconic costumes, such as Scarlett O'Hara's dresses. Gone With The Wind is one of my top three films of all time; I have watched it over and over countless times; and I just LOVE the character of Scarlett O'Hara - her independence, her resilience, her inner strength, and her steadfast determination to fight on and win through at whatever cost. The Green dress in particular, that she has Mammy make-up from curtains, so she can impress Rhett and hide the fact that she is living in poverty, is iconic. To see it is a real privilege. And when I did see it, it simply stopped my heart and quite took my breath away! 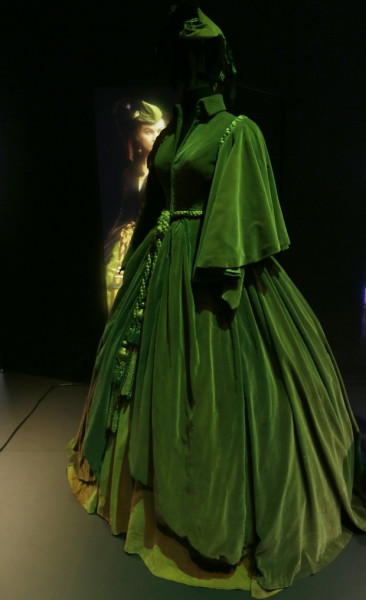 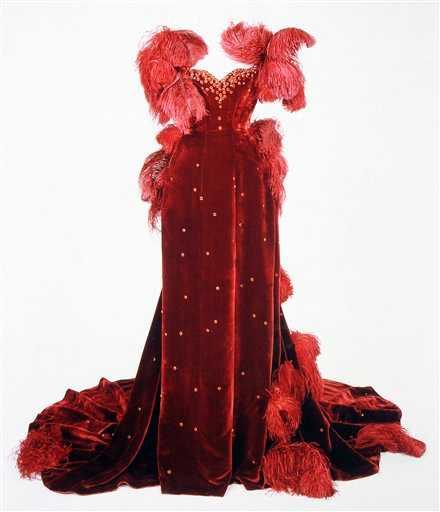 But where the exhibition managed to far exceed my expectations was because it was so much more than a ... walk around and view these iconic costumes exhibition. It used cutting edge technology to explain how a costume designer's work is integral to creating a film "character".

The exhibition explained the role of a costume designer - how films are essentially about people, how clothes reveal so much about a person, and how costume is therefore a critical part of building any film character because it is an outward expression of the person that they are inside.

To be honest, this is not something that I have given a great deal of thought to in the past. I am very interested in film characters but I have never really stopped to analyse all the different components to building a film character.

The exhibition illustrated how collaborations worked between a Director and a costume designer - the discussions that went on, the different stages of designing a costume, and how their creative choices were informed by the character, and even the actor playing the role. I especially liked the second gallery where they had chosen four films and interviewed both the Director and the costume designer on how they had collaborated on creating the characters through the costume choices that they had made.

To use just one example of what I mean. One of my favourite sections looked at Indiana Jones who is one of the most iconic film characters ever created. It looked at all the aspects of the costume - the hat, the shirt, the leather jacket, the trousers, the boots, the satchel and the whip - and explained how they had chosen what those items would be and what they said about the character. I found it very interesting to discover how each small aspect of costume said something about that character's personality and the type of person that he was. One of the ways to tell when a film character becomes truly iconic is when they can be recognised from just their silhouette. You can definitely do this with Indiana Jones! 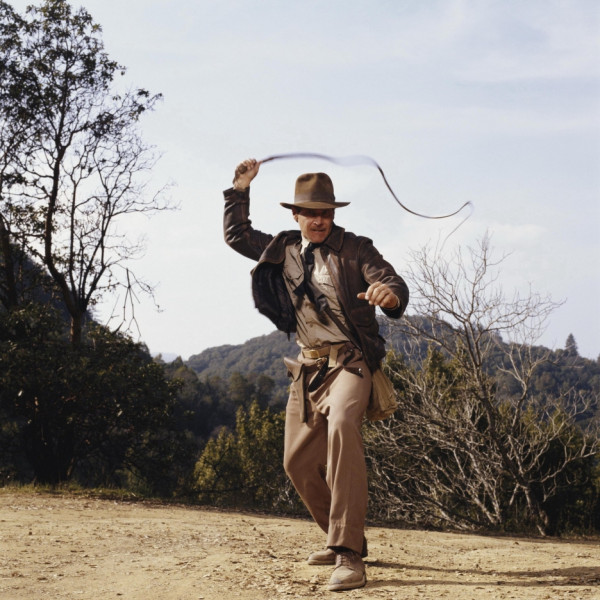 To summarise, this exhibition really opened my eyes to the very important and critical role that costume designers play in building a film character and bringing that character to life on the screen so that he/she is a 3 dimensional human being.

If you want to see this exhibition you are really going to have to get your skates on because it closes this Sunday (27 January). Advance tickets are sold out so you will have to go early and queue on the day. Good luck!
Collapse