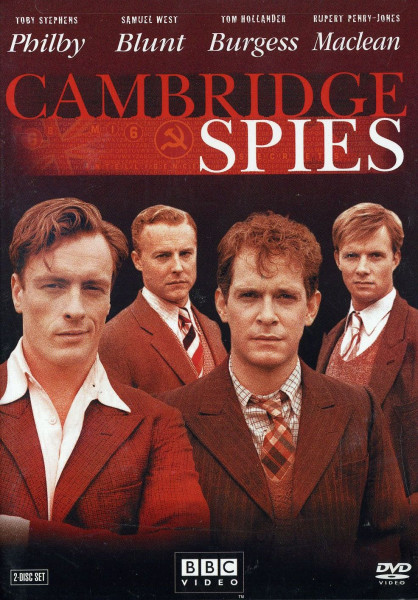 At Cambridge University in 1934, four young men are courted by Soviet agents and recruited into a world of covert intelligence and espionage. Fired by youthful idealism, passionately committed to social justice and to fighting fascism, they are bonded by friendship based on shared conviction and shared sacrifice. This is the story of Blunt, Burgess, Philby and Maclean, the most notorious double agents in British history.

The four became embroiled in obtaining and passing on vital information, betraying their country to fight the evils of fascism. Enigma secrets and atomic details are given to Russian contacts as the careers of the four take them to Vienna, New York, Washington and Moscow. During almost 20 years of counter-intelligence, despite their personal journeys, the four are bound by their beliefs and their secrets.

I thought and felt that this drama series was exceptional when I first saw it in 2003. Having watched it again, I stand (very firmly!) behind my original assessment. It is excellent.

Again, to start with a personal story. In my teens, I was an out-and-out Communist and the Communist Manifesto was my Bible. At the grand old age of 15, I had decided that I wanted to become a Russian spy and my key ambition was to bring Communism to Britain, overthrowing the British Government (if need be!) in the process. (Yes - I have now changed!). I tell this small slice of my own personal history to explain why I am hugely sympathetic to all four protagonists.

What I loved about the adaptation was that it was about the four protagonists as individuals and what drove them. It followed them from their youth, when they first became friends and "bonded" at University, and explored their motivations behind becoming Russian spies. Given that I had the same leanings and sympathies myself in my youth, I completely related to their personal stories, and their ideals and beliefs.

The adaptation also chronicled all the twists and turns of their professional and personal lives, the ups and downs, the highs and lows. They all had complicated lives - don't we all?! But it was about friendship, deep male friendships, and the ties that bind. Friendship, underpinned by firmly entrenched and deeply held political convictions/beliefs, held these four together. One for all, and all for one!

All four male leads are exceptional in this, but I was particularly drawn to Guy Burgess, played by Tom Hollander. I felt the pain of Guy's unrequited love for Julian Bell, his heartbreak when Julian died, the awful waste of his genius, and his general spiral downwards. I thought his story was very sad, moving and deeply touching. These few sentences taken from Wiki highlight how Guy never adjusted to living in Russia and how much he missed England: Burgess did not take to life in the Soviet Union very well. He never bothered to learn Russian, furnished his flat from London and continued to order his clothes from his Savile Row tailor. Guy spent much of his time in Russia in sanatoria on the Black Sea, became ever more dependent on drink, and died in 1963 at the relatively young age of 52.

For the Benedictines out there, I should mention in passing that Benedict Cumberbatch makes a very brief and fleeting appearance in the second episode - but you have to keep your eyes peeled; blink and you will miss him!

In closing, I will nail my own colours to the mast and state that I do not consider any of these four men to be traitors. Whilst they were Russian spies, it was very clear to me that they all loved England and Britain, and it completely broke my heart to learn that almost all of them had to flee and live in exile in Russia for their pains. What I would say, looking at it through the lens of my own personal baggage, is that all four men made huge personal sacrifices in serving the Communist/Socialist cause. They were all brave and courageous. They had integrity and the courage of their convictions. To my mind, all they were doing was fighting Nazism, along with the rest of Britain, and trying to create a better England for everyone. All deserved better than having to flee England forever, having been denounced as traitors. My own sympathies were entirely with the four protagonists, and their stories, especially their endings, quite broke my heart.

Overall Summary:
Uncover the makings of a "traitor". A brilliant drama series; a delicious treat to savour and enjoy again and again - the BBC at its best. Top-notch acting, dashing hot male leads, and a story that zips along and grips from start to finish. And it is all based on a true story, which just proves that fact is indeed stranger than fiction. Highly recommended. 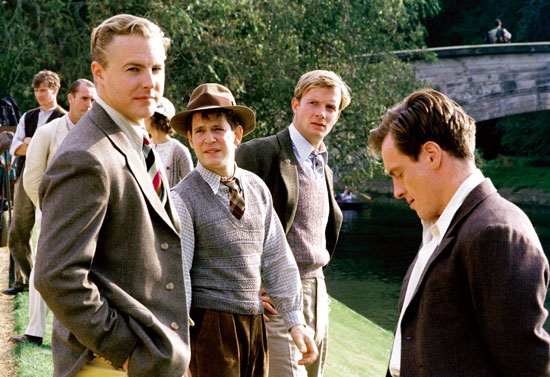 Please feel free to comment below once you have seen it - I welcome debate and discussion! 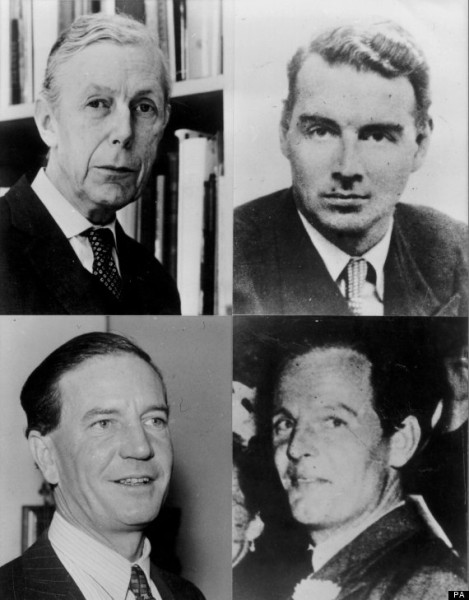 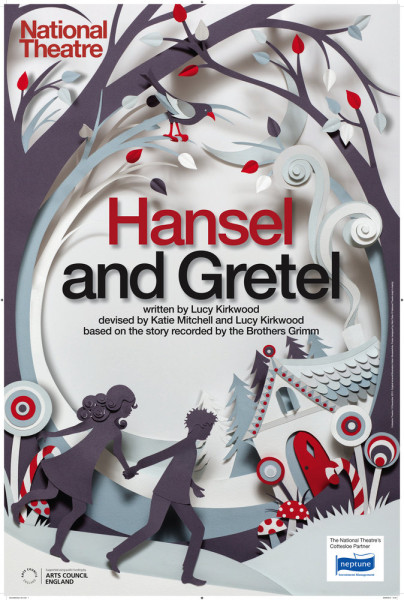 Two children lost in the woods ...
a trail of breadcrumbs ...
and a bewitching house made of sweets.

Following The Cat in the Hat and Beauty and the Beast, Katie Mitchell returns to the National Theatre to stage the classic fairytale. She will collaborate once again with Lucy Kirkwood and designer Vicki Mortimer, applying their extraordinary imagination and creativity to conjure the world of Hansel and Gretel in an intimate and magical new production. Hansel and Gretel promises to be an enchanting and eerie Christmas treat, especially suitable for 7–10-year-olds.

Follow the link for all the details and to book tickets:
http://www.nationaltheatre.org.uk/shows/hansel-and-gretel 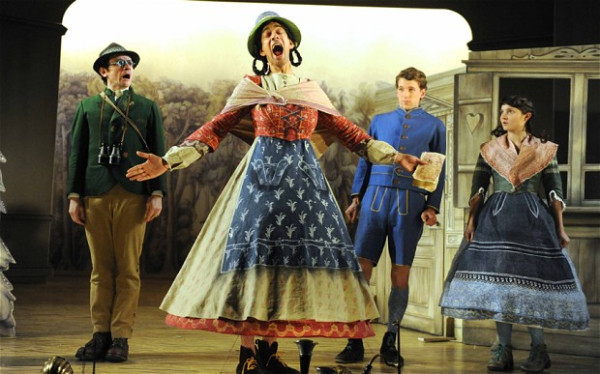 I went to see this on Wednesday 2 January - my Birthday. I don't usually see plays aimed at children (I did not see The Cat in the Hat or Beauty and the Beast), but I wanted to see a show at the National on my Birthday, and this was the show I elected to see. I was so pleased I had done so!

I really enjoyed every single minute of the show, from the start right through to the finish. The show is fast, the action zips along, and there is never a dull moment.

There is a very small cast of six (including the musician) and, aside of Hansel and Gretel, all the other cast members play a range of roles - including a Witch, a Cat, a Bat, an Oven and the Brothers Grimm! All five actors, and the musician, were superb.

The story is basically the familiar one, as told in most written versions of the Brothers Grimm tales. I liked the fact that they had retained all the darker elements of the plot. The unusual aspect was that the story was framed by the Brothers Grimm themselves, who we meet right at the start as they tell us all about how they "catch" their stories. They bring a great deal of clowning and humour to the piece, which is needed to frame what is, after all, quite a dark tale.

I particularly loved all the puppets in the piece, especially the Cat and Stuart, the Bat. They definitely added magic to the piece.

I want to give a special mention and a shout out to Amit Shah in his role as Marta, the Stepmother. I have seen Amit in a few NT productions, including one of my favourites The Man of Mode. I thought he was just perfect as Marta. What Marta wanted (ie to be shot of Hansel and Gretel) was evil and cruel, but you could (just!) understand the motivation, and Amit managed to bring the right combination of comedy and pathos to the role.

In closing, I would like to add that adults can, and will, enjoy this show as much as children. And so, if you are a single adult, do NOT be ashamed to go along and see the show, as I did. You will be in for a real treat!

Summary
A real Christmas treat. I loved every minute of the show. Outstanding - 5 stars!
Highly highly highly recommended, for adults and children alike.