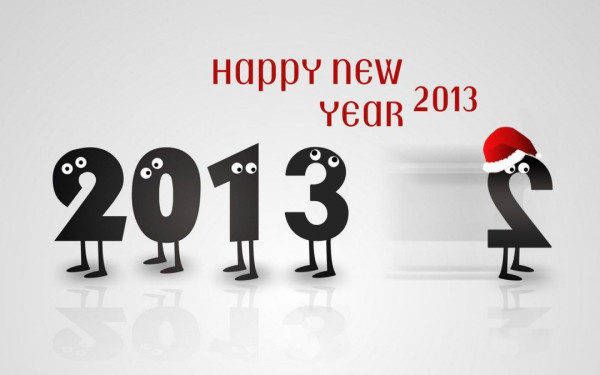 1) Get ready to Party 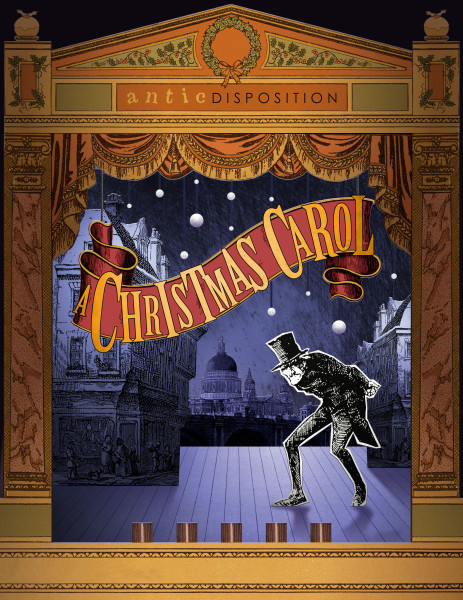 On Christmas Eve, tight-fisted Ebenezer Scrooge is disturbed by the ghost of his business partner, Jacob Marley. To help Scrooge avoid the ghastly fate that awaits him beyond the grave, Marley arranges for him to be visited by three spirits. But can the Ghosts of Christmas Past, Present and Yet to Come persuade Scrooge to open his heart to the magic of Christmas before the sun rises?

Antic Disposition's magical new musical combines Dickens’s ghostly tale with a score of original songs based on the music of a traditional Victorian Christmas.

The historic setting of Middle Temple Hall will be decked for the occasion with boughs of holly, and filled with the scent of mulled wine, mince pies and other festive fare, all of which will be available to help put you in a Yuletide spirit.

Located in the secluded heart of London’s legal quarter, between Fleet Street and the Embankment, Middle Temple Hall was completed in 1573 and remains virtually unchanged to this day. With its narrow, cobbled alleyways and shady, gas-lit courtyards, stepping into Middle Temple really is stepping into the London that Dickens himself knew – and described in several of his works – creating the perfect backdrop for Antic Disposition’s unique celebration of his much-loved Christmas tale. I booked to see this because it is Dickens's Bicentenary Year and because it is a good old-fashioned Christmas tale. I was really glad I had because I just absolutely LOVED it!

I have never actually read the book (my bad!), but I have seen countless adaptations of A Christmas Carol, both on stage and screen, over the years. As I have not read the book, I can't say for definite, but I think this version was very true to the book.

It was very traditional, and had gone for the full Victorian look and feel, and a Dickensian look and feel. It looked and felt very authentic and the costumes were amazing.

I thought that the incorporation of the music and the songs into the piece worked really well. All the songs moved the story along and they added richness, depth and variety to the piece.

I liked the fact that the piece very clearly brought out the underlying (Christian?) message of the piece which is that you should be compassionate to the poor and the needy, otherwise you will be facing hellfire and damnation rather than salvation.

It also brought out the clear message that Christmas is not about wealth and money and material possessions, but family and friends and love, peace and goodwill to all men. Scrooge loses the love of his life, which he bitterly regrets, because she feels that he loves money more than he loves her. "The thirst for wealth enslaves you", she tells him very clearly.

It also gets across a message which I believe very strongly and that is that wealth and money will not bring you happiness; in fact, very often it does the complete opposite ie brings misery and despair.

For me personally, the fact that this particular story, and this rendition of it, conveyed so beautifully the true meaning of Christmas, made it a very special piece of theatre, and set it apart from all the other theatrical delights that are around at this time of year eg pantos.

Finally, the setting (Middle Temple Hall) really added to the experience as it helped to conjure up beautifully the Victorian setting. So the venue was the perfect setting for the piece.

This was very traditional and a real Christmas Treat.
Fantastic. Fabulous. Fun!
A real Victorian and Dickensian Box of Delights - 5 stars! 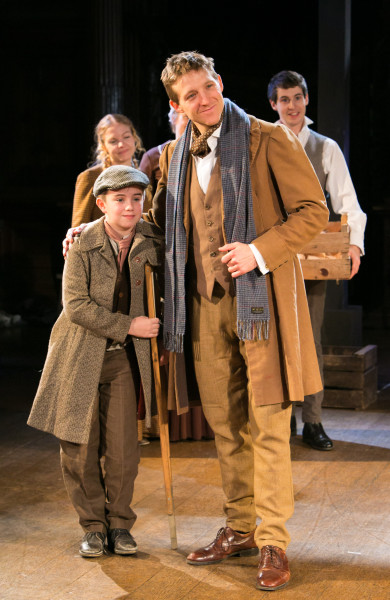 Antic Disposition was founded in 2005 by director Ben Horslen and designer John Risebero. The company presents innovative and entertaining interpretations of classic plays and stories, with a particular emphasis on the works of Shakespeare. The company has earned itself a strong reputation and much critical acclaim for its high quality, visually striking productions, which are often presented in historic locations or non-theatre spaces.