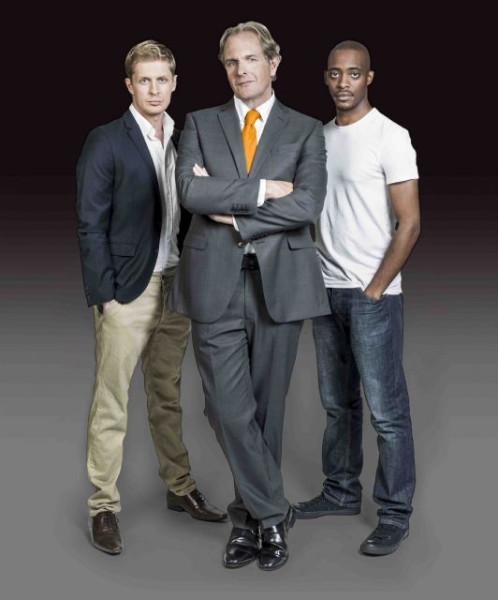 Blue/Orange is the electrifying story of Christopher (Oliver Wilson), who believes that a notorious military dictator is his father. In the battle of wills his psychiatrist Robert (Robert Bathurst) plans to thrust him back into the community, but a young doctor (Gerard McCarthy) thinks this is too soon.

A compelling and witty battle of freedom and ambition unfolds.

For full production details, and to buy tickets, follow the link:
http://blueorangetheplay.com/

The production is on a UK National Tour and will tour to the following places - Brighton, Bromley, Aylesbury, Glasgow, Torquay, Richmond, York, Manchester, Woking, Stoke on Trent and Birmingham. 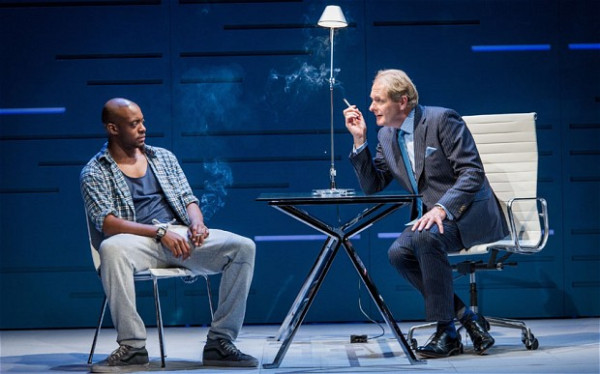 I saw this production tonight (Wednesday 14 November) at the Richmond Theatre.

I had been looking forward to seeing this forever and a day because I LOVE this play with all my heart and soul. It is written by Joe Penhall who I believe to be a genius! I saw the original production at the National in 2000 a few times, I saw its West End transfer, and I have seen every single London revival of it that I have been aware of. The play is intelligent and thought-provoking drama. So how did this production compare to others I have seen to date?

In a nutshell, I thought this production was a work of genius. I would argue that it is every bit as good as the original National Theatre production and, in some respects, better.

There are three actors in this piece and all three of them - Robert Bathurst, Gerard McCarthy and Oliver Wilson - were just excellent in this production. All three actors were pitch perfect throughout and they all nailed their parts. I do want to give a special shout out to Oliver Wilson, playing Christopher, who was simply outstanding.

What I loved was the simplicity of the set, and the fact that the piece was all about the acting - the characters the three actors were playing and the interactions between them. The play zipped along and the atmosphere was electric throughout - you could hear a pin drop and the audience were hanging on each word. The play ranges from moments of violence and high tension, through to laughter and absurdity.

It examines the borderline between sanity and insanity - what is normal? what is mad?

Should those with acute mental illness be treated in hospitals, locked away from others for their own good, or are they better treated out in the community, where they can be helped to return to normality? Will being sectioned and kept inside for long periods actually lead to people being institutionalised and never able to cope with being out in the real world again? How far are schizophrenics and psychotics a danger to themselves and/or others if they are out in the community?

Why is it that so many young Black men in the UK are being diagnosed with schizophrenia and/or psychosis, and sectioned and locked up? Are they genuinely ill or is institutional racism to blame? Is madness culturally specific? Will there ever be a "cure" for Black psychosis? - is that the Holy Grail for psychiatry? How far should doctors make their diagnoses and treatment and care culturally specific?

Should doctors just focus on advancing their own careers and climbing the greasy pole, by keeping their senior consultants and hospital bureaucrats happy, or should they put their ethics, principles and concern for their patients first and foremost, even at personal cost to themselves and to their career?

These are just a few of the questions that are explored, which will give you a clue as to the richness and depth of the content of the play.

In summary, a truly exceptional production of a ground-breaking, thought-provoking and intelligent play. An absolute must-see.

The production is on at the Richmond Theatre until Saturday 17 November. Get your tickets in now! 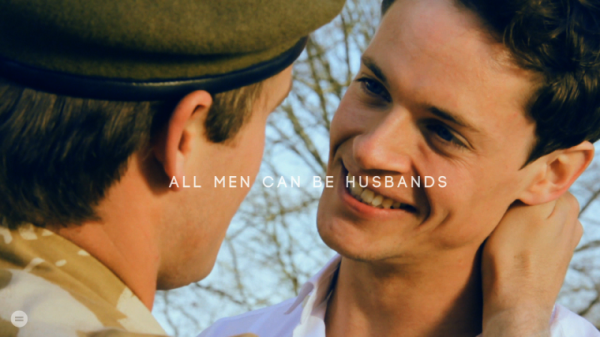 Cut and pasted from the Peter Tatchell Foundation:

Within the next four weeks, the government is expected to announce its response to the public consultation on legalising same-sex marriage. The consultation resulted in a staggering 228,000 responses; many of them hostile to equal marriage.

“While the government’s commitment to legislate same-sex civil marriage is commendable, it is very disappointing that the Equalities Minister, Maria Miller MP, has not yet indicated her support for the legalisation of opposite-sex civil partnerships and of religious same-sex marriages by faith organisations that want to conduct them. Half equality is not good enough,” said Peter Tatchell, Director of the London-based human rights organisation, the Peter Tatchell Foundation, and coordinator of the Equal Love campaign.

“There are probably only two to four weeks left until the government announces its legislative plans.

“It is vital that we keep the government under pressure to honour its pledge to allow same-sex civil marriages and to not cave in to backbench MP and religious pressure to shelve or dilute its promise of marriage equality by 2015,” said Mr Tatchell.

We are asking people to email Maria Miller, the Equalities Minister. Please follow the link for suggested wording for the email and the email address:
http://www.petertatchellfoundation.org/partnerships/lobby-equalities-minister-full-equality