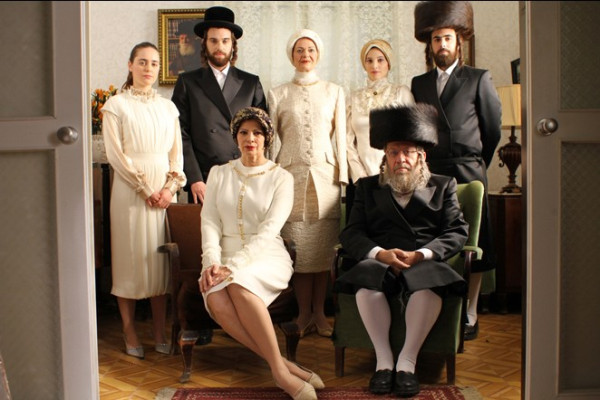 I saw Fill the Void on Wednesday 17 October at the Odeon West End as part of the London Film Festival.

Fill the Void (Lemale et ha’chalal)
A masterpiece of forbidden love set in the unlikeliest of surroundings in an ultra-orthodox Jewish community.

Set in an Orthodox Hassidic community in Tel Aviv, this riveting debut feature tells the story of eighteen-year-old Shira, the youngest daughter of a deeply religious family who is about to be married off in a promising match to a young man she does not know. When an unexpected death occurs, grief engulfs the family and Shira’s impending liaison is postponed. Caught between an overwhelming sense of familial responsibility and the unfamiliar sensation of romantic yearning, Shira faces a choice that will ultimately define her future.

Director Rama Burshtein draws on her own knowledge of Orthodox practice and its rituals, imbuing this singular film with great authenticity especially in her attention to gender division within the community and the relationships between the female protagonists.

Hadas Yaron’s mesmerising performance gives full expression to Shira’s struggle between moral, ethical and emotional truth, her suspended state of uncertainty providing the film with its dramatic tension and continuing to reverberate in the indelible final image.

Director statement by Rama Burshtein
Love and relationships form the main object of my interests. To be honest, careerism, independence, and self-fulfilment are less important to me than love, my husband and my family. What drew me to the world of the Jewish faith was its approach to decoding the enigma of relationships between men and women. This process stunned me. Fill the Void tells a love story based on the spirit. It resembles the experience and feeling of an early love, which resides only in the heart, and is based on nothing reasonable. The humming of the heart towards another, combined with a desire that is consciously restrained, is the winning formula for my heart in seeking long-lasting delight. 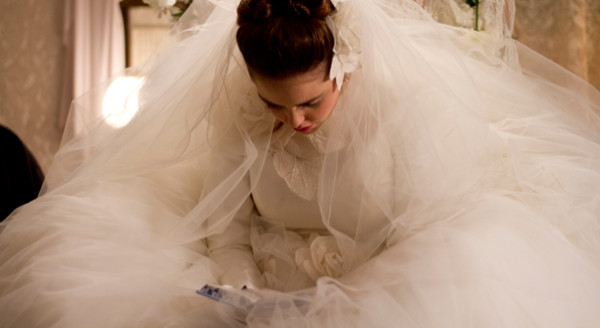 Very unexpectedly, this film captured my heart. It opened a window onto a world that is completely unknown and foreign to me. That is what all great films and theatre should do - take you to new places, open up new worlds and put you in someone else's shoes enabling you to walk around in their skin.

I understand the concept of love and marriage as explored in the film - arranged marriages, marriages of convenience, where the families and the couples are matched on the basis of status, power, wealth etc. This applies much more broadly than the orthodox Jewish community depicted in this film - it applies to Hindu families, Muslim families, and even upper class English families! But for me, born and brought up in England, looking at love and marriage very much through Western eyes, to see love as a commodity than can be traded, bought and sold in this way is a completely alien concept, and one that I cannot subscribe to. Having said that, I was completely drawn into the story of this young woman (Shira), her family and her community. I loved the lightness of touch and the humour eg the Rabbi helping an old woman to buy a new oven. I loved the fastidious attention to detail. I loved the exploration of the concepts of Love and Duty, and whether you should marry for love or to fulfill family obligations and duty. This is a dilemma facing many many many young women across a whole host of diverse communities.

Most of all, I loved the fact that this film opened up the world of the orthodox Jewish community to a stranger like me.

In summary, I loved this film! It is beautiful, touching and moving. It is uplifting. It is joyous. It opens up the world of the orthodox Jewish community so that we can all deepen our understanding of different cultures and different worlds. Highly highly highly recommended.
Collapse