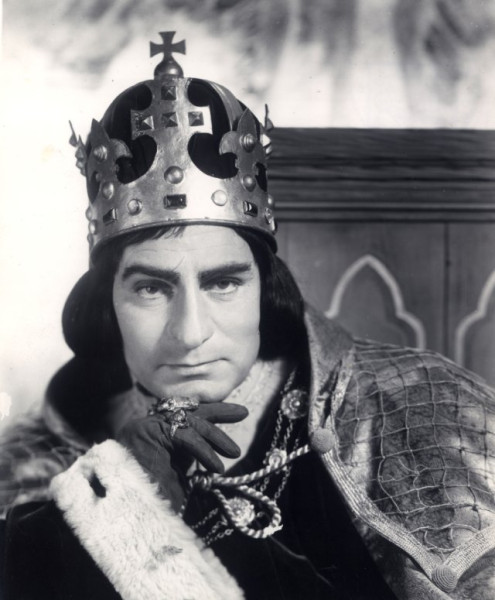 I saw Richard III starring Laurence Olivier today (Sunday 14 October) at the BFI as part of the London Film Festival. The film was part of the "Treasures" section.

Richard III
Arguably the greatest Shakespearean performance on screen, as Olivier exudes pure satanic evil as the king who woos and murders his way to the English throne.

Some contend that Shakespeare created the ‘ideal’ villain, rather than interpreted historical truth, with his arachnoid Richard Plantagenet, a deformed psychopath who woos and murders his way to the English crown.

Olivier, in his third screen adaptation of the Bard, leads an unprecedented quartet of thespian knights – Richardson, Gielgud and Cedric Hardwicke are the others – in this superbly acted study in satanic evil, setting an iconic standard that has been imitated, resisted and fondly caricatured for more than 60 years.

This only needs to be a very short and sweet review.

This is the first time I have seen this version of Richard III. I loved it! Why? Because of Olivier's rendition of Richard III. Olivier played Richard as the embodiment of pure evil and I loved that! Despite that, Richard was human, and so I fully understood why he was the way he was, the motivations for his actions, and I felt empathy and sympathy for Richard at the end. The soliloquies, close-up asides to camera, were genius and worked perfectly. In summary, I thought Olivier's playing of Richard was superb.

I should also give a special mention to the way that they depicted the ghosts haunting Richard on the eve of the Battle - I thought that was very well done and very powerful and effective.

This is a newly restored print and the colours were so rich, bright and vivid. It really was a feast for the eyes!