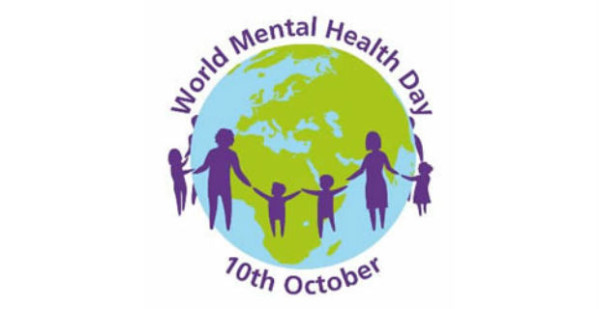 World Mental Health Day raises public awareness about mental health issues. The day promotes open discussion of mental disorders, and investments in prevention, promotion and treatment services. This year the theme for the day is “Depression: A Global Crisis”.

The World Health Organization (WHO) is calling for an end to the stigmatization of depression and other mental health problems and for better access to treatment for anyone who needs it.

I had a Black Dog. His name was Depression.

SANE today welcomes World Mental Health Day, which this year focuses on depression as its main theme. This condition affects 350 million people worldwide and is predicted to become the leading cause of the global burden of disease by 2030, above cardiovascular disease, cancer and Aids.

In the UK as many as one in five people will suffer from depression at some point in their lives, and it remains poorly understood and surrounded by stigma, which prevents many from seeking help and treatment. It is less well-known that it is often exists alongside other mental and physical conditions.

To tackle this problem SANE HAS launched its nationwide Black Dog Campaign, which seeks to normalise mental illnesses like depression so that they are viewed in the same way as physical conditions. The centre piece of the campaign are the Black Dog statues, which aim to help people define their experience of this ‘invisible’ condition, as well as promoting more open discussion, understanding and acceptance. In order to deliver a positive message of support, the black dogs have a ‘collar of hope’ and wear ‘coats’ designed by celebrities, artists and members of the public.

The statues are now in place across the country, and at leading organisations including Legal & General, Clifford Chance, John Lewis and, most recently, Deloitte, who will launch their statue on October 18. The statues are a focal point to raise awareness and are a means of encouraging their staff to consider and better understand workplace mental health.

In spite of our lack of understanding of the precise causes of depression, it remains a condition that is treatable and most people can and do recover. Yet far too many people do not seek out treatment, which raises the risk of the condition becoming worse. Moreover, people with depression are four times more likely to commit suicide than the general population.

SANE is also currently conducting research into the personal experiences of people who have attempted suicide, and the experiences of those close to them, in order to gain a deeper understanding of the processes than can lead a person to consider taking their own lives. Again, we hope this research will enable the general public, as well as healthcare professionals, to speak more openly and intervene with confidence if they suspect someone is at risk.

As part of our Black Dog Campaign, we will also be announcing shortly the launch of a new service that aims to augment the work we already do to provide advice and support to anyone who is affected by mental illness.

Send a Text – Save a Life encourages people to take action when they are concerned about the wellbeing and welfare of someone they know or care about. Even a small intervention, such as sending a text message to someone in trouble, can make a big difference. We will be offering practical toolkits to inform people of the mental health warning signs that they can respond to when they identify them in others.

What binds all these strands of our work together is the widely accepted view that that intervening as early as possible is the best way of helping anyone who may be in distress or experiencing mental health problems. It is often those people closest to the person at risk who are best placed to help, but they often can feel unsure about how best to intervene.

We hope that through our work we can contribute to a broader change of attitudes that encourage all communities to share the burden of mental illness and allow those who struggle with conditions such as depression to step out of the shadows.

Finally, this is the press release from the World Health Organisation - well worth a read!:
http://www.who.int/mediacentre/news/notes/2012/mental_health_day_20121009/en/index.html
Collapse