It is on at the Peacock Theatre for one more week (it closes on Saturday 13 October) so my advice is to catch it while you can! I am highly recommending the production to everyone, and in particular to people with children and teenagers, especially if they are interested in dance.

ZooNation’s Some Like It Hip Hop was one of the most successful new shows to hit the West End last year, wowing audiences and prompting widespread critical praise, five star reviews and standing ovations with its infectious “wit, heart and magnificent energy” (The Independent). Already following in the footsteps of its phenomenal 2006 smash hit Into the Hoods, Some Like It Hip Hop unites truly sensational dancing with a typically clever and engrossing storyline.

Fast becoming a modern classic, the show makes a triumphant return to the Peacock Theatre for a limited run before it sets off on its first UK tour, having been nominated for multiple awards including two Oliviers and a South Bank Award. With a nod to Billy Wilder’s film and Shakespeare’s Twelfth Night, it tells a comical tale of love, mistaken identity, cross-dressing and revolution; all played out in ZooNation’s trademark style of hip hop, comedy and physical theatre.

For more details on the production and to book tickets follow the link:
http://www.sadlerswells.com/show/ZooNation-Dance-Company-Some-Like-It-Hip-Hop

This write-up was originally posted in October 2011, which was when I first saw the production.

I will get off my soapbox and say - I am highly recommending this to children and adults alike, it is a fun night out for all the family at the theatre, the dance and the music is mind-blowing, and the issues dealt with make you think and use your mind. It has only one week left to run so book to see it now!

My Twitter review of the production today:
Rakshita Patel ‏@MycroftBrolly
#SomeLikeItHipHop @ZooNationUK @Sadlers_Wells. Talent and energy in this production off the scale. Simply superb. Outstanding. I LOVED it! 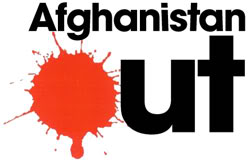 Stop the War have launched a petition to bring the British troops home by Christmas. I fully support and endorse this. I have signed the petition and I would encourage everyone to think about doing the same.

Cut and pasted from the Stop the War Website:

From members of Military Families Against the War supported by MPs, journalists, writers, artists, musicians and actors.

Recent attacks on NATO troops have destroyed what passed for a strategy in Afghanistan. It is clear there is no prospect of an 'orderly handover'. All indications are the vast majority of Afghans want NATO troops to leave and leave soon. The occupation is the main cause of violence in the country.

It is unforgiveable to keep or send troops to Afghanistan for another two years in this pointless war. On current figures it would lead to the death of over one hundred more British soldiers, the wounding of hundreds more and the death of uncounted Afghan civilians. You must recognize that every single casualty is a real human tragedy for which those controlling the war are responsible.

We urge you to listen to the voice of the people and end the futile killing by bringing all the troops home by Christmas.

Follow the link to read 10 reasons why the troops should come home from Afghanistan by Christmas:
http://stopwar.org.uk/index.php/afghanistan-and-pakistan/1926-afghanistan-10-reasons-why-the-troops-should-come-home-by-christmas 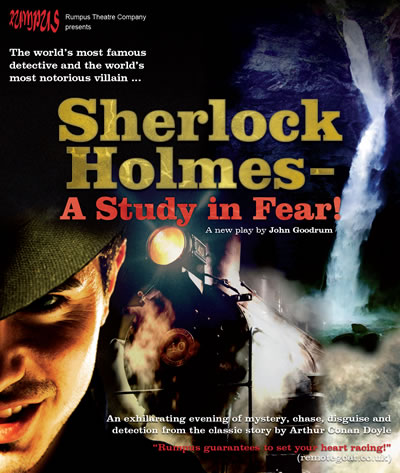 Cut and pasted from the Rumpus Theatre Company Website:

Sherlock Homes - A Study in Fear!
A gripping new play by John Goodrum
Adapted from the classic story The Final Problem by Sir Arthur Conan Doyle

When Holmes arrives unexpectedly at the door of his old friend and colleague Dr Watson, at the beginning of this hugely entertaining new version of the classic Conan Doyle tale, he begs the good Doctor’s assistance for one final case ... and an exhilarating evening of mystery, chase, disguise and detection are the inevitable result, culminating in a breath-taking showdown at the tumultuous Reichenbach Falls.

This is a relatively easy review for me to write. I saw Sherlock Holmes - A Study in Fear! at the Greenwich Theatre on Wednesday 3 October 2012.

First, I would like to start with the positive.

Major spoiler alert!
The "twist" that was new in this play was that it took the story of Dr Jekyll and Mr Hyde and applied it to Holmes and Moriarty. That meant that Holmes and Moriarty were one and the same person, two sides of the same coin, the two extremes of personality, good and evil, both captured in one being. This play therefore told the story of the struggle between good and evil for Holmes/Moriarty's soul, would God or the Devil win in the end? I thought this was a very clever concept, a genius idea, totally in keeping with the Victorian and the Gothic setting and the narratives that were around at the time. I thought that the idea and the concept was definitely worth exploring and provided plenty of food for thought.

Nicholas Briggs as Holmes AND Moriarty was excellent. Briggs has played Sherlock Holmes on the radio and on the stage - there is a whole audio series where he plays Holmes - and so you would expect nothing less.

Next, the negative aspects of the production of which there were, unfortunately, many. Ian Sharrock played Watson as a complete and utter fool - a buffoon - and this was massively disappointing. I think Martin Freeman's portrayal of Dr Watson is bang on the money - someone who is quiet and unassuming and yet intelligent, loyal and trustworthy, steadfast and strong, a man of action and a man of iron. There is no way someone like Sherlock Holmes would choose as his best friend, loyal companion and sidekick, someone who was an idiot. To play Dr Watson in this day and age as a buffoon is just wrong, wrong, wrong!

Finally, the production was really let down by its lack of props and set. Once again, in this day and age, to have no decent props or set is inexusable. You cannot bring The Final Problem to life with one table, a few chairs, and little else.

In conclusion, I would not recommend this production because of the primitive and backward portrayal of Dr Watson and the lack of any stagecraft. That being said, I think the "twist" and the new concept at the heart of the play was very clever - genius! - and I would like other plays in the future to explore this further.

If you do want to see the play, it is now on tour, and the venues and dates can be found here:
http://www.rumpustheatrecompany.co.uk/future.htm
Collapse