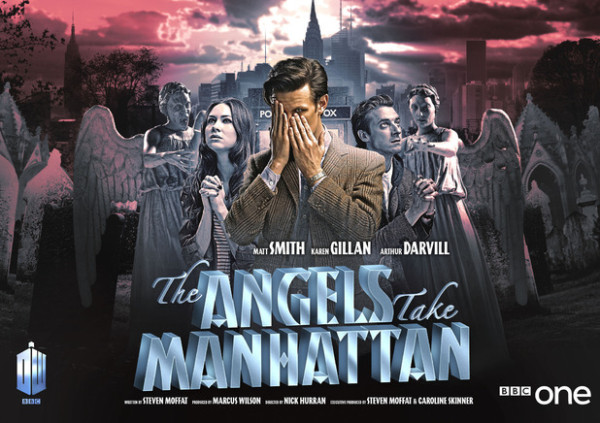 The 5th episode in the new series of Doctor Who is on today (Saturday 29 September) at 7.20pm on BBC1. Doctor Who will then take a break until Christmas, and the second half of series seven will be broadcast in 2013.

It all begins so happily for the Doctor, Amy and Rory, holidaying in New York’s Central Park, with the Time Lord reading aloud from a pulp-fiction novel he’s found in his pocket. Then Rory wanders off to fetch some coffees … and a nightmare begins. Soon their lives are entangled once more with those dratted Weeping Angels — and with River Song.

New York's statues come to life, and with Rory in grave danger, the Doctor and Amy face a race against time to locate him. Luckily, an old friend has come up with a novel way to guide them. Alex Kingston returns as River Song in Karen Gillan and Arthur Darvill's final adventure.